Beat The Beast Quetzalcoatl slot from Thunderkick is another Beat the Beast title and they really seem to be churning them out lately. They’ve come up some good ones in the past, and some less impressive ones too, so let’s take a closer look and see how this one fairs against the others.

Design-wise, it’s about what you’d expect. There are no fancy animations or graphics, but the layout is quite clean and the theme of this slot is pretty cool, going with a god that I don’t think I’ve come across before (and probably wouldn’t want to meet in real life either). You have 5 reels with 3 rows offering just 9 paylines. To get a win, spin the reels and try to get a winning combination from left to right using the base symbols. These are as follows, ranked in ascending order based on their value: 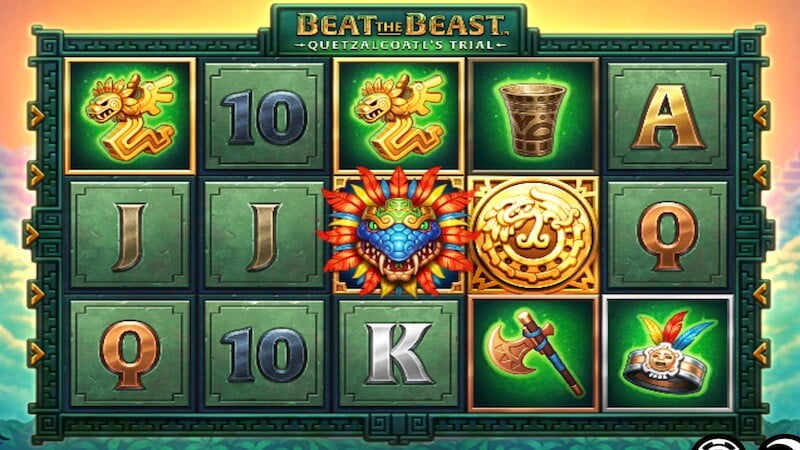 Emblem Symbol. In addition to these regular symbols, there’s an emblem symbol shown in bright gold which is both a scatter and a wild symbol, meaning it substituting for all other symbols in a winning combination as well as being used to trigger the main bonus. It also offers the highest payout of any symbol.

Main Bonus. If you land 3 or more of these symbols anywhere on the reels at the same time, you’ll trigger the bonus game, giving you 10 free spins. This bonus consists of 5 levels where, in order to make your way up to the better levels, you need to collect wild symbols and fill the meter. Filling the meter will give you 2 free spins, and also convert the corresponding symbol into the next-highest winning symbol. This continues until all symbols have turned into Questzalcoatl, the most valuable symbol, if you manage to get this far of course. 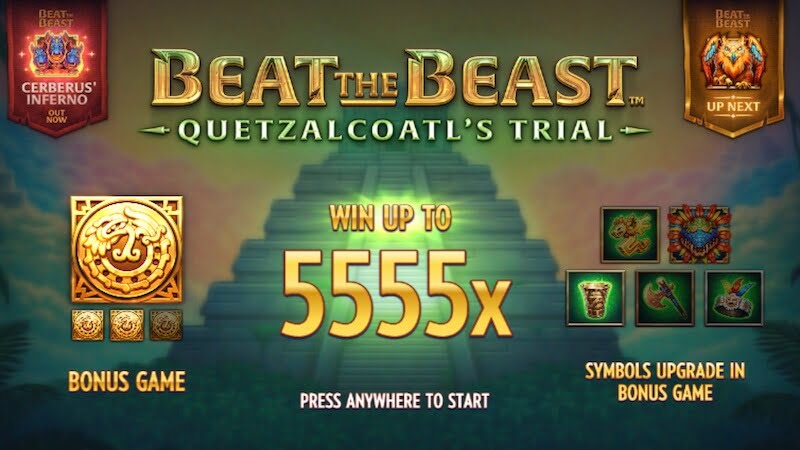 Beat The Beast Quetzalcoatl slot from Thunderkick is the latest in the series and this one has a good, although rather familiar, main bonus. It’s triggered by landing enough scatters/wilds and by collecting wilds during the bonus, you get to upgrade your symbols, essentially removing the lower-value symbols from the game so that any wins you get will be bigger. It’s not entirely new, with many popular slots like Eye of Horus doing something similar, but nevertheless it’s still a good bonus and can pay out well. In fact, the maximum you can win here is 5,555x your stake. Personally I would have liked to have seen some other features here, either during the base game or even something like jackpots just to spice things up and also help is stand out from the popular games like Horus which I think people will probably stick to over this one as there’s just not enough of a reason to change. 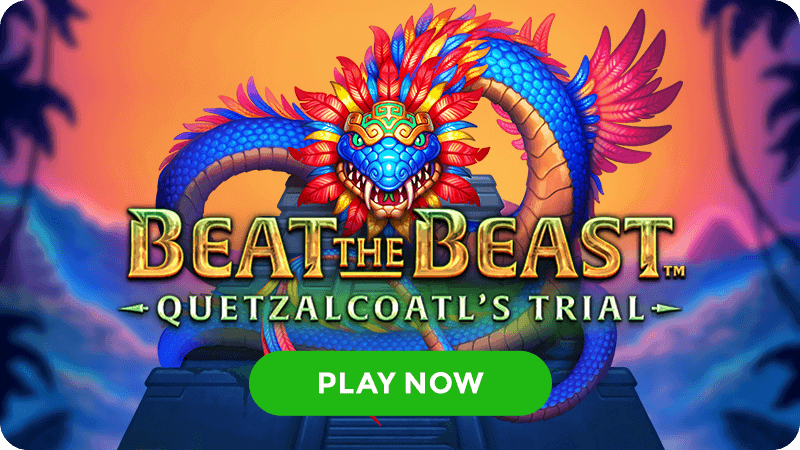 A Good Slot But Not Very Original