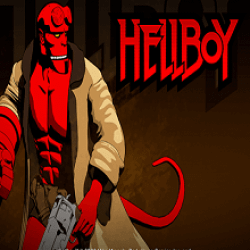 Hellboy slot is an interesting take on the original Hellboy series, made popular by the 2004 and 2008 movies. The slot itself is fairly dark as you’d imagine, and the one striking element about it that you’ll notice straight away is the graphics. These have been done in comic book style way, which may or may not appeal to some. The graphics are by no means poor, but some people will definitely prefer a 3D effect with more colour, as opposed to this flat design and artistic appearance by Microgaming (see more on Microgaming here).

Hellboy slot itself features a common 5×3 layout with 20 pay lines. The aim here is to achieve a winning combination from left to right using the base symbols of the slot, which feature some of your favourite characters. Here are the base symbols, ranked in ascending order based on their value:

The Hellboy Logo also substitutes for all of the above symbols in a winning combination, and doubles all wins apart from the scatter symbols. 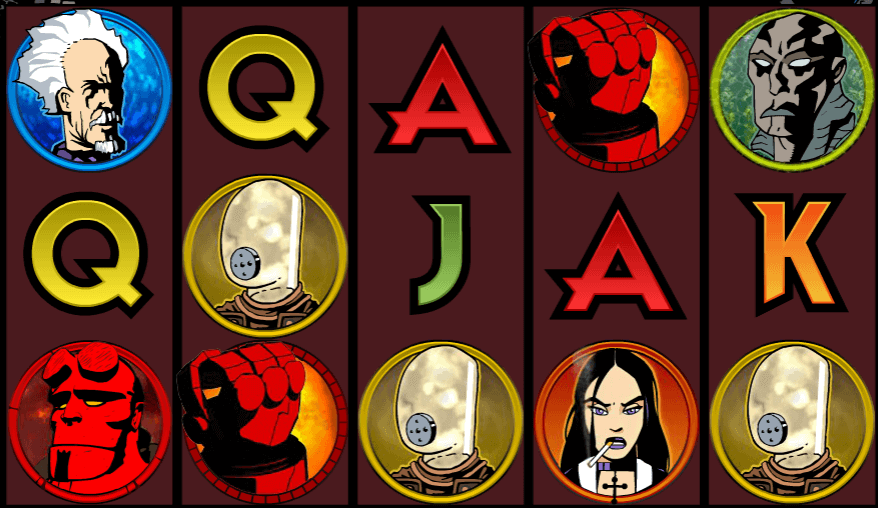 Underworld Bonus. This is triggered by 3 or more Hellboy Fist symbols (also known as the Right Hand of Doom). Here you will be transported down to the Underworld with the aim of finding and securing the hidden Relic of Power that is guarded by dangerous monsters. You must avoid the demons and blocked passways and make your way through 4 different stages. You will get 1 pick per level, and picking a blocked passageway will end the feature while picking a demon will still allow you to progress. If you’re lucky enough to find one of your team members, you will be awarded all the prizes from that particular level. If you’re successful, then you can proceed to the Chamber of Fire where you must shoot the crystal to reveal the Relic of Power and win a random cash prize. The total reward you can gain from this feature is a whopping £8,400.

Super Mode Feature. This is a randomly triggered feature that will award you with 10 free spins. You will be given up to 3 Wild positions which are randomly awarded and will hold in place for the remainder of Super Mode so there’s potential for some extra wins here. If the Super Mode and the Underworld Bonus are triggered simultaneously, then the Underworld Bonus will play out first. Unfortunately, the free spins cannot be retriggered, but with the sticky Wilds you will hopefully make a decent earning during the feature anyway.

Finally, you also have the chance to double or quadruple your win by choosing a card colour (to double) or suit (to quadruple). You can gamble your winnings until the gamble limit is reached. 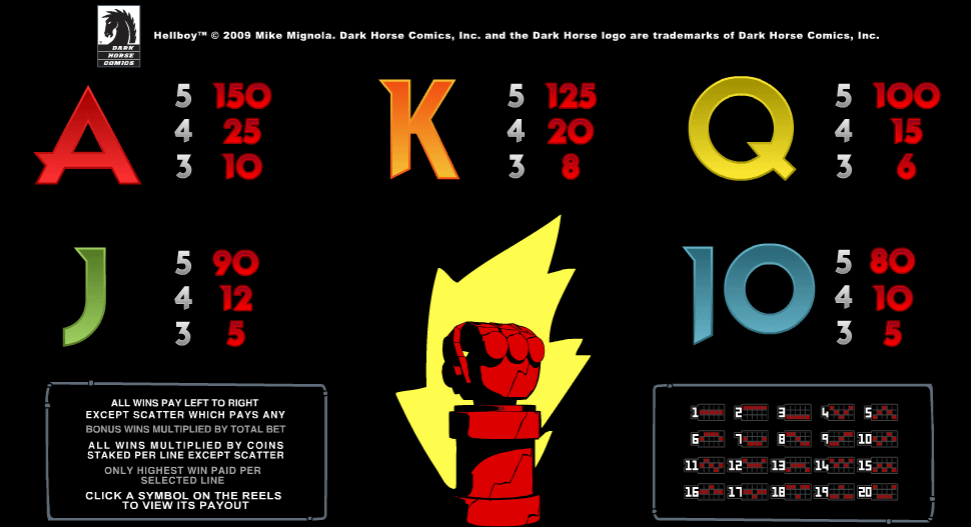 Overall, Hellboy slot is relatively simple but still very enjoyable with some great rewards to be had. The design might not be for everyone, but personally, I appreciate the comic book style graphics from Microgaming and I think it’s very refreshing, tying in nicely with the theme that I think many don’t realise is actually based on a comic book series from which the popular movies were made. The bonuses, although fairly small in number, are very entertaining especially the Underworld Bonus which gives you a real purpose and can provide a huge reward at the end with some well-made selections.