Hot Spin slot is an excellent new game from iSoftBet that keeps things nice and simple and also offers some nostalgia like some previous slots we’ve reviewed including Super Fruit Wild slot. The main thing to note about this game is that it’s simple despite having a great selection of different features, some of which can be very profitable. Simple isn’t always a good thing, but I think here it works very well and most people will likely enjoy it.

So first, let’s talk about the design which I think is really exciting. You’re presented with a screen that looks much like a real-life slot machine, with a 5×3 set of reels at the bottom and the Hot Wheel at the top. This Hot Wheel is used to trigger the features which I’ll come onto shortly. There’s not an awful lot going on here, but it looks great and allows you to focus more on the gameplay. To play, you must spin the reels and hope to either get a cash reward from a winning combination from left to right using the base symbols or trigger a bonus. The base symbols are listed as follows, ranked in ascending order based on their value:

As you might expect, the Wild symbol substitutes for all other symbols in a winning combination apart from the Bonus symbol, as well as being the joint most valuable symbol in the game. 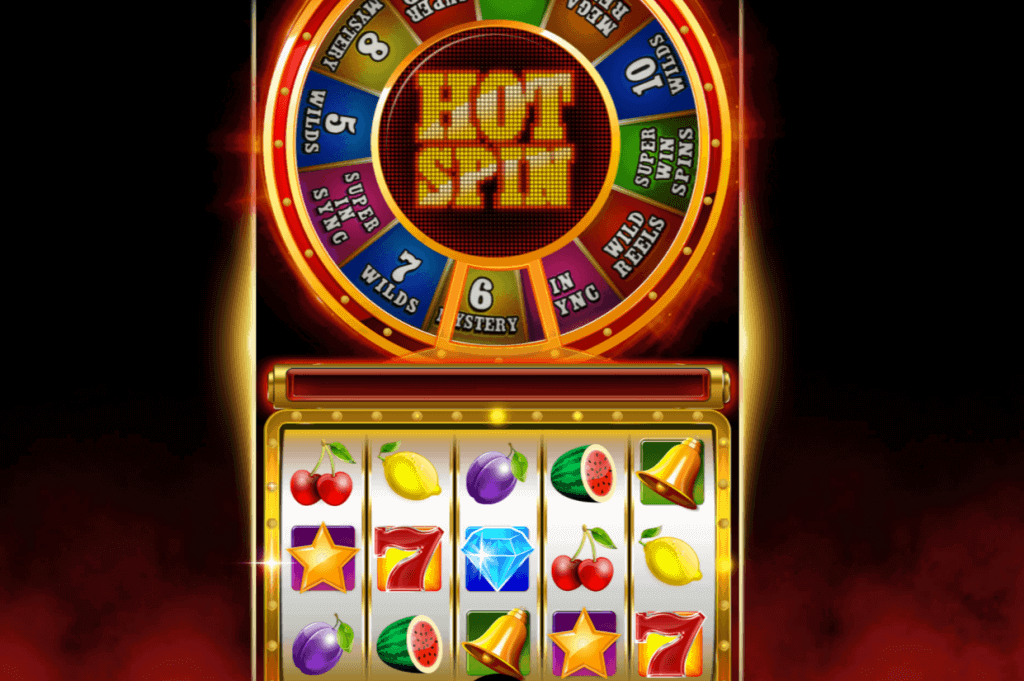 Hot Wheel. The Bonus symbol in this game only appears on reels 1, 3 and 5, and if 3 of these appear at the same time then you will be given a spin of the Hot Wheel. This, in turn, can give you up to 15 Free Hot Spins with a special feature:

Hot Spin. At any point during the base game, a single spin could trigger one of the aforementioned features and become a Hot Spin. Note, though, that these cannot be triggered. 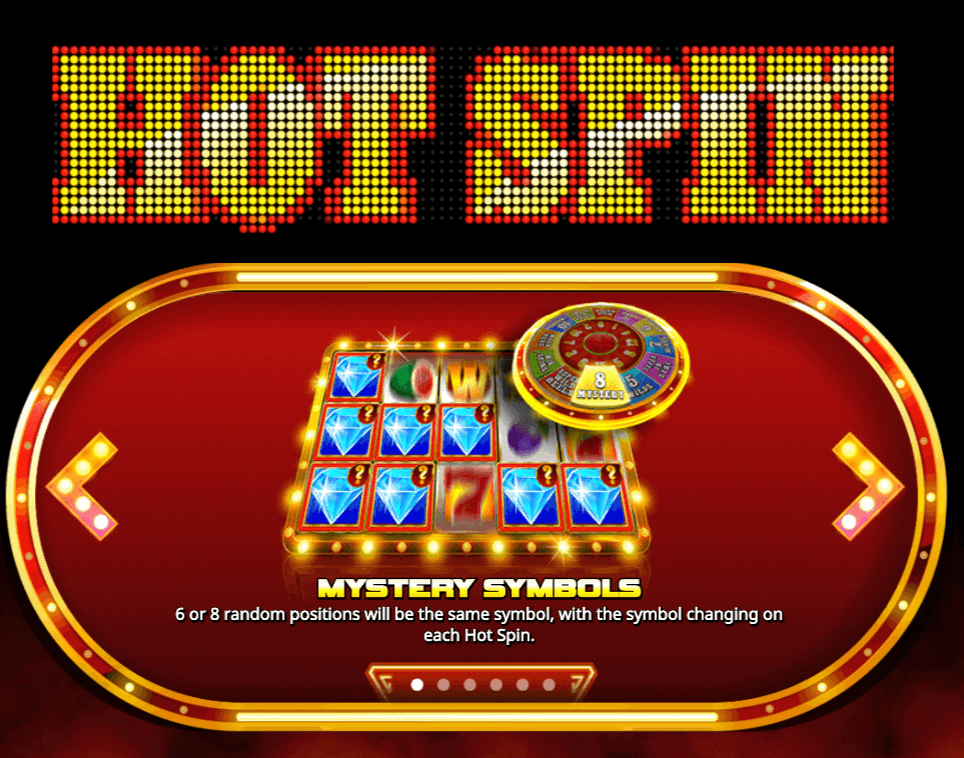 Hot Spin slot from iSoftBet is the type of slot I really like and for many reasons. For one, they’ve gone with a really nice, simple design and have used some of the traditional slot machine symbols that everyone enjoys. The gameplay is also pretty simple in that, despite having a wide range of features, all of them are pretty basic and are either triggered randomly or by the Bonus symbol; simple. And finally, of course, these features can actually be very profitable. Super Wild Reels, for instance, could turn all the reels into Wild symbols for a very nice payout, but most of the other features are also able to provide some nice income. My only complaint here would be that the features don’t seem to turn up quite as often as I’d like, although that might just be me so make sure you check it out cause there’s a lot to like about this new game from iSoftBet.