Jaguar Temple slot comes to you from Thunderkick and offers some nice features with the potential to win up to 1000x your bet in a single spin. It’s not the most extensive slot we’ve ever seen, but it does offer some pretty good gameplay and nice payouts that make it an appealing option.

The theme and design here are a little bit lacking, however. It’s another Aztec theme slot like Amazing Aztecs slot but focused more on the animals, and the design uses the iconic stone builds for both the symbols and the border around the reels. It’s not the most exciting slot we’ve ever seen, but it does the job and is clear enough to see. You have here a 5×3 reel setup like most slots, with just 20 paylines and an RTP of 96.1%. It would have been nice to have some additional paylines here and a higher RTP in the region of 97%. All you need to do to play the game is spin the reels and hope to get a winning combination from left to right using the base symbols. These are listed as follows, ranked in ascending order based on their value: 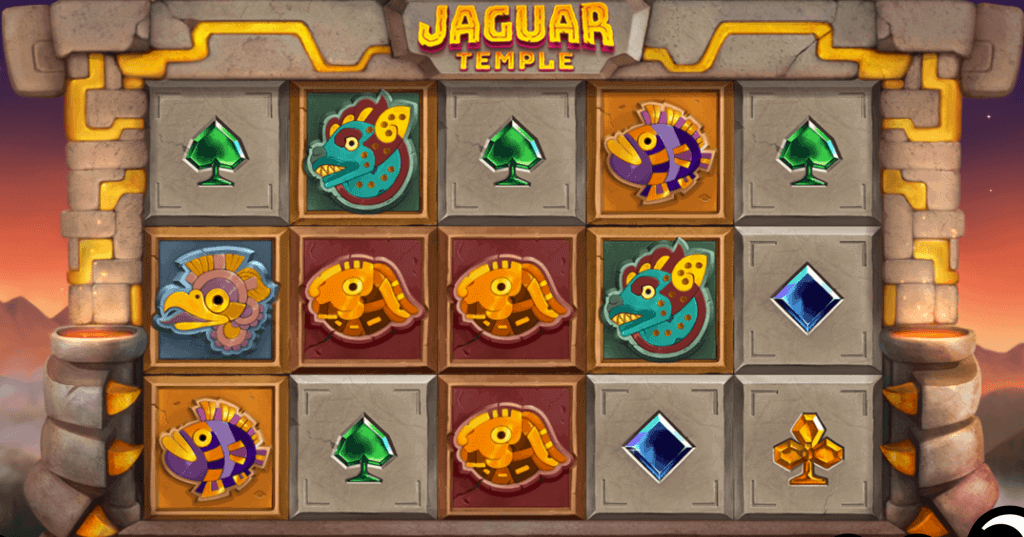 Jaguar Symbol. The Jaguar symbol is quite a special symbol in Jaguar Temple slot. For a start, it’s obviously the most valuable symbol in the game so of course, you’re going to want to try and get some wins with it. What’s more, it can also appear as a 3×3 Giant symbol, as well as a regular 1×1 symbol. This can appear at any point only on reels 2, 3 and 4 to give you a better chance of getting a big win. It will also appear more regularly during the Bonus game.

Wild Symbol. The game also features a Wild symbol of course. This will substitute for all other symbols in a winning combination apart from the Scatter symbol. Furthermore, it will also expand to fill the entire reel during the Bonus game to help you get more wins. 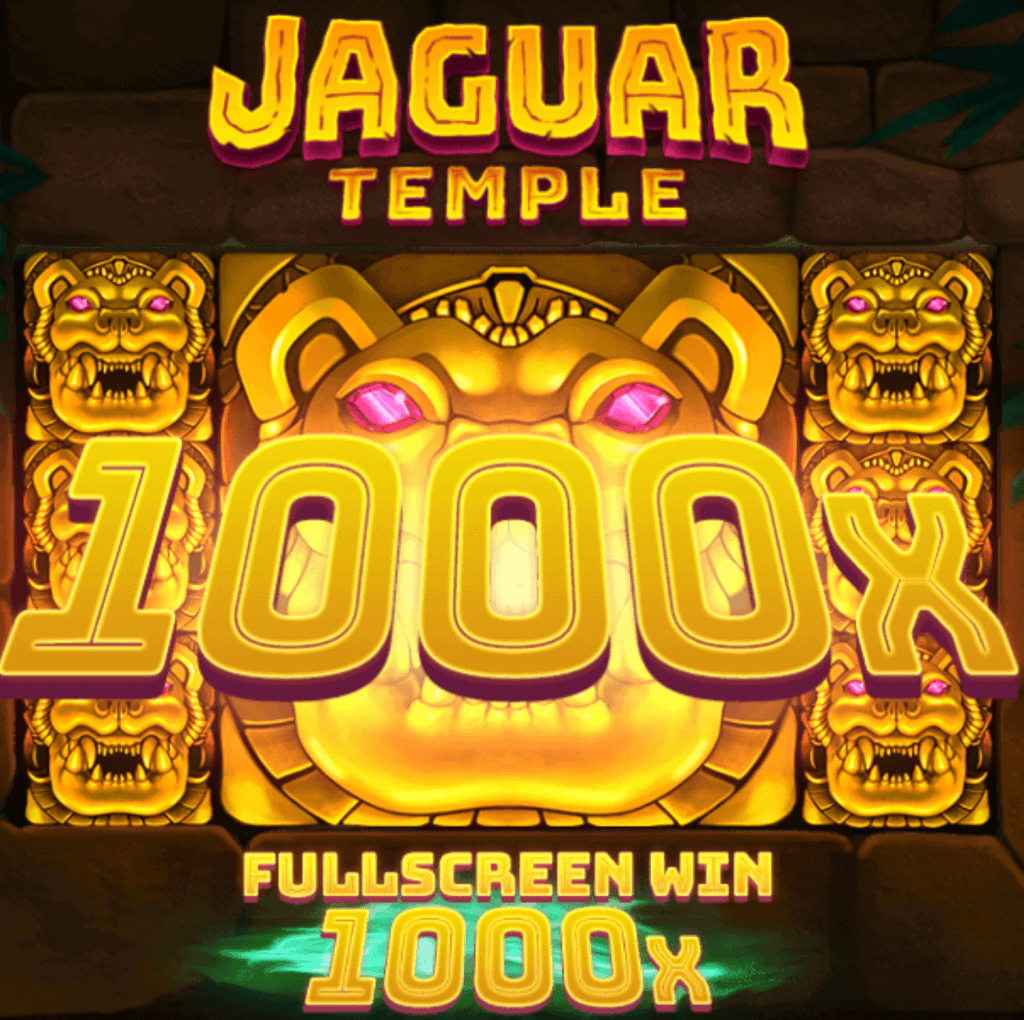 Jaguar Temple slot from Thunderkick is a relatively simple game but it does include some popular features that everyone likes to see. For a start, we have Giant symbols which can give you 1000x your original bet if it fills the screen with the smaller symbols too. The expanding Wilds are quite nice as well, but not as generous as some other similar features in other slots. And then of course we have the free spins like we see on basically every slot, but these ones aren’t bad as they basically improve the other features of the game. I actually found this slot to be quite rewarding while testing it, and I quite enjoyed playing it too so I’m going to recommend this game and hope that you have the same luck as I did too.