Kingdoms Rise: Reign of Ice slot is a new one from Playtech Origins and has a great design with a very cool theme, pun intended. While it lacks the traditional free spins bonus, it does have a good respins feature which can provide multipliers also for bigger rewards, but I’ll get into more detail on that shortly.

There are 5 reels here with 3 rows offering 25 paylines to work with. You need to get a win from left to right using the base symbols. These are as follows, ranked in ascending order based on their value:

There’s a basic wild symbol too which substitute for all other symbols in a winning combination apart from the hammer wild. It appears on reels 3, 4 and 5 only. 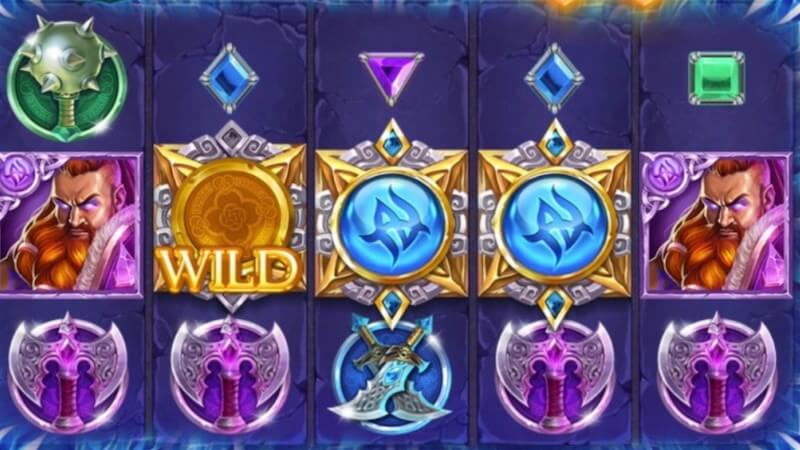 Hammer Wild. The hammer wild symbol is shown as a frozen hammer and only appears on reel 2. It acts as a wild, but in addition to this, whenever the man or woman symbol land on the screen at the same time, they will try to pull the hammer from the ice. Released hammers are then collected above the reels to trigger the hammer respins feature.

Hammer Respins Feature. With this triggered, any wild symbol that lands will freeze until a special wild appears on reel 2 and a hammer drops down from above. The hammer will multiply all wins it is part of by 1x, 2x, 3x or 5x. The respins finish once the last hammer has been used.

Kingdoms Rise Jackpot. Throughout the game, you have a chance to win a jackpot, but the greater your bet, the greater your chance of triggering this is. There are 3 jackpots in total. The daily strike jackpot by be won by the date and time shown next to it. The power strike jackpot must pay out by the time the amount shown has been played. Finally, the epic jackpot, the biggest one, can pay out on any random spin. 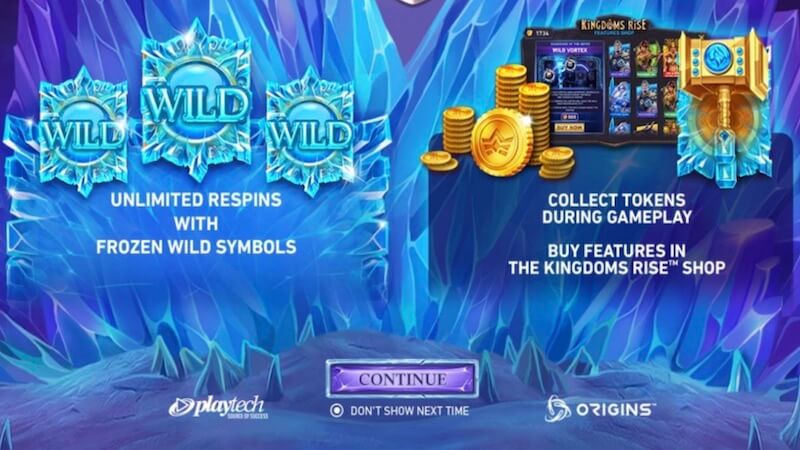 Kingdoms Rise: Reign of Ice slot from Playtech Origins has a cracking design and a good respins feature that works well with the theme and is quite original. This is the only feature in the game, aside from the jackpots, which means there are no free spins. That being said, they work in a similar way and the number of respins you get isn’t bad. With some decent multipliers like 3x or 5x you can win some admirable amounts, although bigger wins are available in other slots if that’s what you’re after. With the jackpots also available, you could technically win huge amounts here thanks to the epic jackpot, but don’t count on this happening even with some high-stake bets. The smaller jackpots are more achievable but naturally pay out much less. All in all, a pretty impressive if not rather simple slot. If you like respins I think this is a great game, but some of you prefer the more traditional free spins bonus so probably won’t like this one that much. 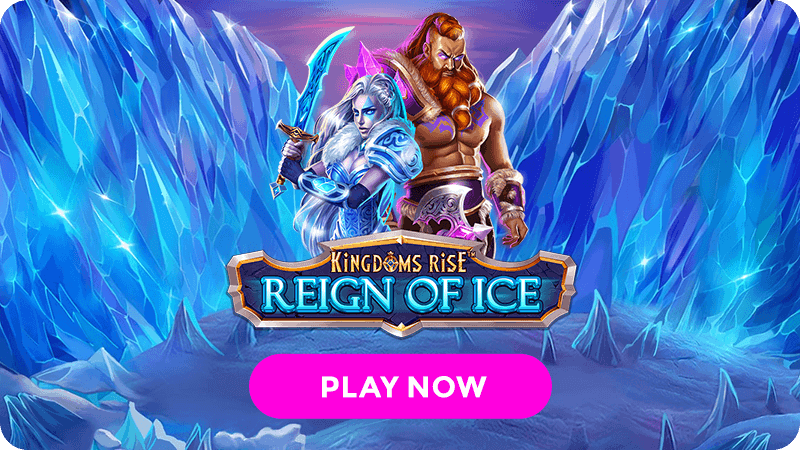 A Fun Slot With Good Respins And Jackpots