Lucky Neko Gigablox slot from Yggdrasil is a Chinese-themed game with a bit of a Hello Kitty kind of feel to it, although it’s certainly not as feminine It’s set in some sort of shop and the symbols themselves looks like jars which is quite cool when they’re stacked on top of each other. The graphics are impressive and overall it’s a very nice design. You have a 6×4 grid with 80 paylines, although as we’ll soon see you can expend this even further during the game. To get a win it’s quite simple. Just choose your stake and spin the reels, trying to get a winning combination from left to right using the base symbols. These are as follows, ranked in ascending order based on their value:

There’s also a simple wild symbol which substitutes for all other symbols in a winning combination. 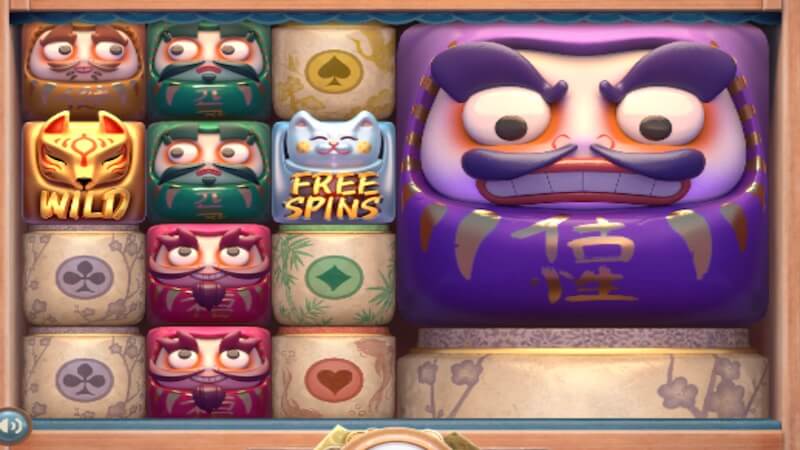 Gigablox. As part of the title of the game, you can imagine this is quite an important feature of the slot. Indeed, Gigablox land on every spin, essentially large symbols which can get as big as 6×6 symbols (during the free spins bonus). During the base game, they can still reach sizes of 4×4. All symbols can appear as Gigablox.

Free Spins Bonus. In order trigger this bonus, you need to land 5 or more free spin symbols anywhere on the reels during the base game. Fortunately, even these symbols can appear as Gigablox which makes things a bit easier. Each free spin symbol that you land gives you one free spins, so try to land as many as you possibly can. Once you start playing the bonus, you’ll notice the reels expand to a 6×8 grid instead. In addition to this, each free spin will turn a randomly selected symbol into a blessed symbol. This essentially gives it a 5x multiplier, means all wins with it are multiplier by 5x. 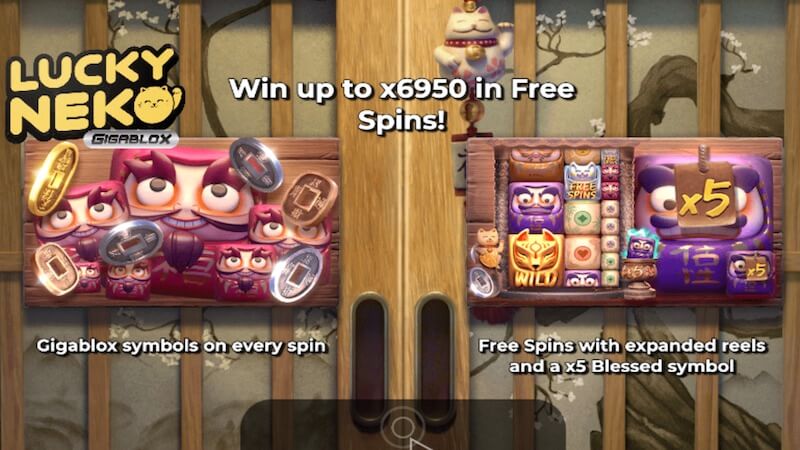 Lucky Neko Gigablox slot from Yggdrasil is all about those colossal symbols, or Gigablox as their called here. It’s not an entirely new concept, slots have been using them for years, but there are some unique features about them here. For a start, they appear on every spin, both during the base game and free spins bonus. Naturally, the free spins bonus offers improved Gigablox up to 6×6 positions in size, and 5x multipliers which can stack for some big rewards. It’s quite a fun slot and I think there’s quite a bit they can do with Gigablox in the future so I’m excited to see where it goes. To check out other Yggdrasil slots, click here. 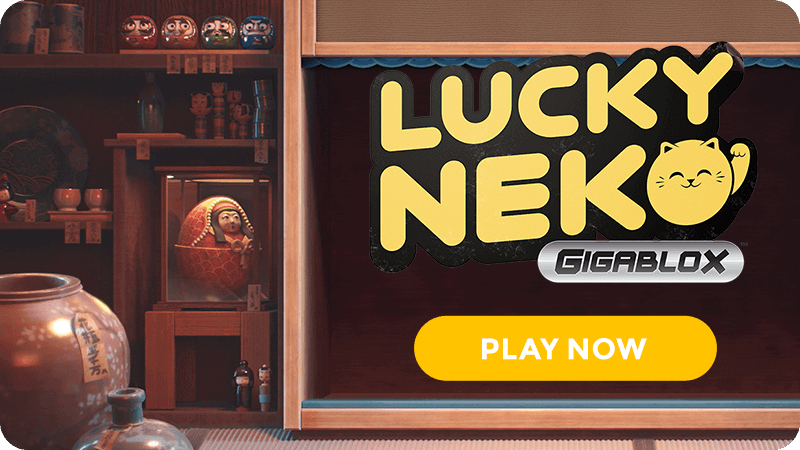 An Unusual But Fun Slot