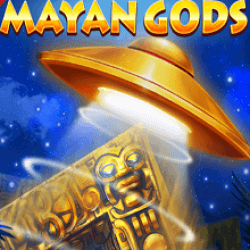 Published by StopAndStep on September 4, 2018 0

Mayan Gods slot is one of the latest from Red Tiger Gaming, and this time they’ve gone a slightly different route from their usual offerings. This is definitely a simple game, both in how it’s presented but also in how it plays. Now that isn’t always a bad thing, as you’ll see, but some people may prefer a game with more character and bigger bonuses, so just bare that in mind.

Speaking of Mayan Gods appearance, you’ll notice that there’s very little going on apart from the 5×3 grid. There’s a bit of a background relating to the Mayan theme, but most of the screen just shows you the reels because that’s all you really need to see. It’s not a bad look, but it’s obviously not as exciting as some others. The gameplay though is interesting, and there’s actually quite a lot going on but I’ll go more in detail on the features shortly below. To play the game you must first spin the reels to try and get a winning combination using the base symbols, or be awarded a feature through some of the special symbols which could potentially offer you some big rewards. The base symbols of the game are listed as follows, ranked in ascending order based on their value:

The Wild symbol is only the joint most valuable symbol in a winning combination of 5, and also substitutes for any other of the aforementioned symbols. 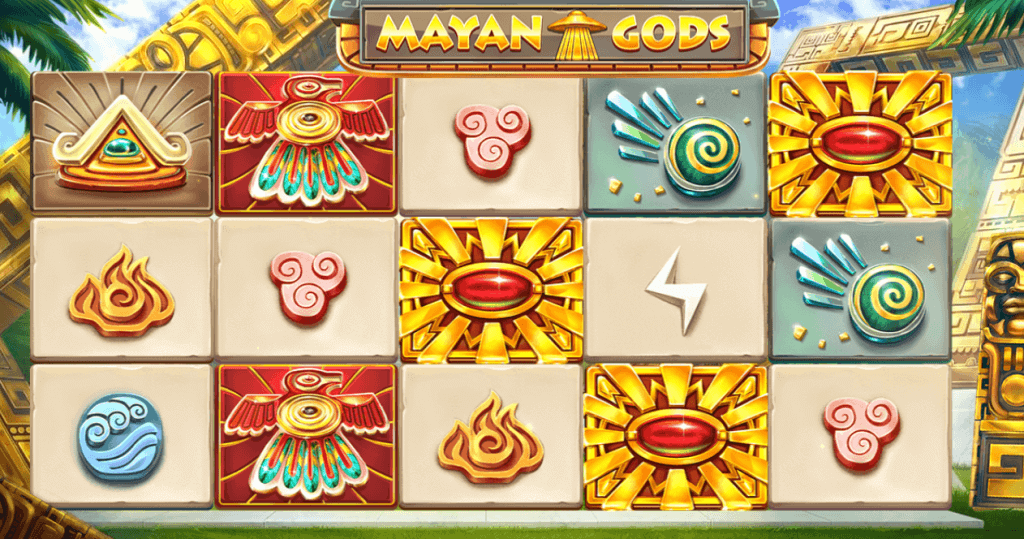 Mayan Chain Reactions. This is essentially the Avalanche feature that we’ve seen on other slots such as Asgardian Stones slot. If a winning combination appears, new symbols will replace them and a respin will occur, with a multiplier being applied. This multiplier increases as you continue to get winning combinations with further respins, and will reset once the respins offer no more wins.

Mayan King. This is a simple little feature. When this particular symbol appears is serves as a 2×2 Wild symbol to try and help you get some extra wins. It can also add additional Wild symbols to the screen to further increase your chance.

Mayan Eclipse. This is another 2×2 symbol but it works in a different way. When it appears, it turns itself and other symbols on the screen, chosen at random, all into the same symbol type. This could prove to be quite rewarding if the chosen symbol is of a high value, but it could also leave you wanting more.

Mayan UFO. This is a cool feature that we’ve seen in quite a lot of slots, whereby the low-paying symbols on the screen will transform into higher paying symbols and hopefully get you some nice wins. It can work well, but again, you might end up with no wins still.

Mayan Shaman. This will give you a multiplier increase and then respin the reels, destroying all of the symbols currently on the screen. 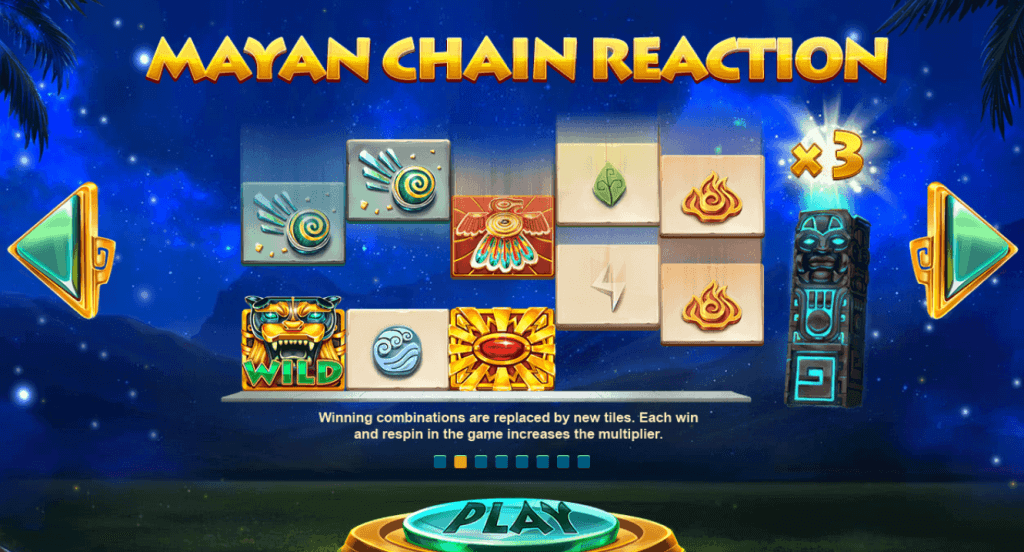 What’s interesting about Mayan Gods slot from Red Tiger Gaming is that actually there are a lot of features here, considerably more than a lot of its competitors, but it doesn’t really feel like it when you’re playing. I think this is because none of them are really that in-depth. Many slots, as you know, have bigger bonuses like free spins, and these usually have a lot to offer with some potentially high rewards. The features in this game, however, are very short and don’t often offer you much. That being said, they do occur very frequently from what we found, and actually this slot proved to be very rewarding, you just didn’t notice it so much because the rewards were usually quite small. So if you’re looking for a very simple slot that does actually have nice features and is capable of making a nice bit of money, be sure to check it out. But if you’re looking for a more challenging slot, you might want to look elsewhere.