Medusa Megaways slot from NextGen Gaming is another high variance game with lots of ways to win. It’s also based on Medusa who has the ability to turn people into turn whenever they gaze upon her. It’s a theme we’ve seen before, but they’ve implemented it well here and the design is nice too. There are 4050 ways to win on the 6 reels, with an extra reel up top as I’ll explain later. You just need to get a win from left to right using the base symbols which are as follows, ranked in ascending order based on their value:

As the base symbols, these will pay in a winning combination of 3 or more (apart from Pegasus which also pays for just 2). However, there are 3 other symbols in Medusa Megaways slot. The first is the Wild symbol, shown as Medusa herself, which substitutes for all of the aforementioned base symbols. Then there’s the Scatter symbol shown as the game slot, which is used to trigger the Free Spins Bonus. Finally, and more unusually, there’s the Soldier symbol which can only appear on the extra reel during the Free Spins Bonus (more on this later), and it will upgrade to either a Wild or Scatter symbol. 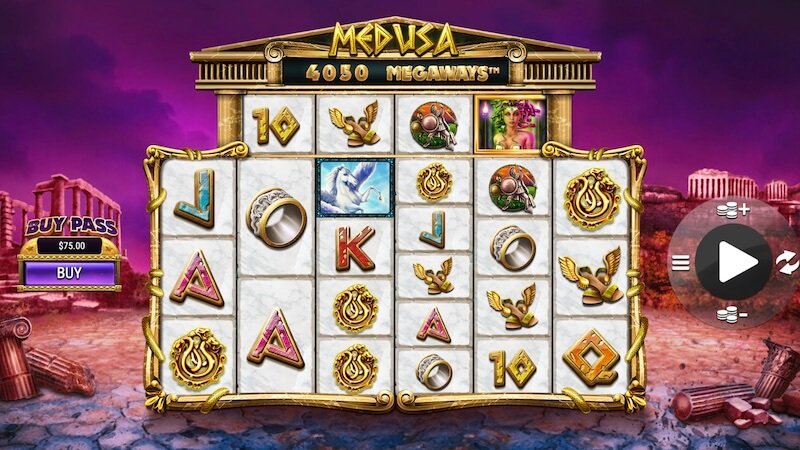 Extra Reel. The extra reel will add a symbol position to reels 2, 3, 4 and 5. These symbols are independent from the main reels, and can feature all symbols apart from the Scatter and Soldier symbol during bought games, and any symbol during the Free Spins Bonus, although the Scatter will only appear if it’s revealed via the Snake Strike Feature.

Cascading Symbols. Like many new slots these days, whenever you get a win, those symbols will be destroyed and new ones will fall in place, potentially triggering more wins and another reaction. This all takes place within the same spin so at no extra cost to you.

Medusa’s Gaze Feature. This can trigger whenever one or more Wild symbols appear on the extra reel. Reels below the Wild symbols are covered by Medusa who replaces at least one of those symbols with a Wild symbol, apart from any Scatter symbols which are left untouched. This can also be triggered after each reaction.

Free Spins Bonus. This is triggered by 3 Scatter symbols of course, and you’ll be given 10 free spins. Every additional Scatter symbol will give you another 5 free spins. At the beginning of the Bonus, a multiplier starts at 2x. It increases by 1 for every reaction, and stays at the current value for the next free spins, with no limit to how large it can be. It returns to 1x at the end of the Bonus.

Temptation Feature. At the end of the Free Spins Bonus, you’ll have 2 options. You can collect your current winnings, or replay the feature. If you choose to redo it, all winnings from the Bonus are lost, and the multiplier will reset to 2x.

Buy Pass. Like many of these slots, you have the option to buy the Free Spins Bonus for 100x your stake. 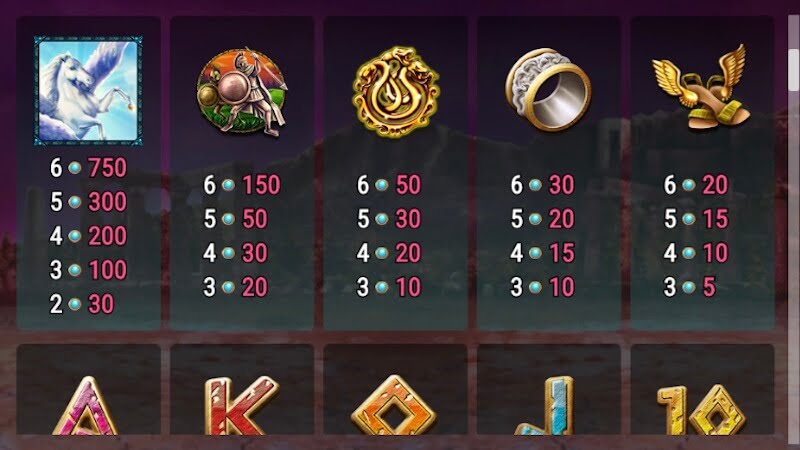 Medusa Megaways slot is another high variance game, this time from NextGen Gaming, offering some staggering rewards and the ability to buy the Free Spins Bonus for those who want to skip all the other stuff. They’re very popular at the moment, but I’ve noticed some games don’t seem to offer anything new. I’m pleased to say that this one has quite a lot going for it with a wide range of features and a theme that ties in really well to the gameplay. It’s a fun experience, but no doubt an expensive one with a high risk but the potential for high rewards. If you like that type of game, I think this one is a great choice and definitely worth checking out. You can find some of their other slots here. 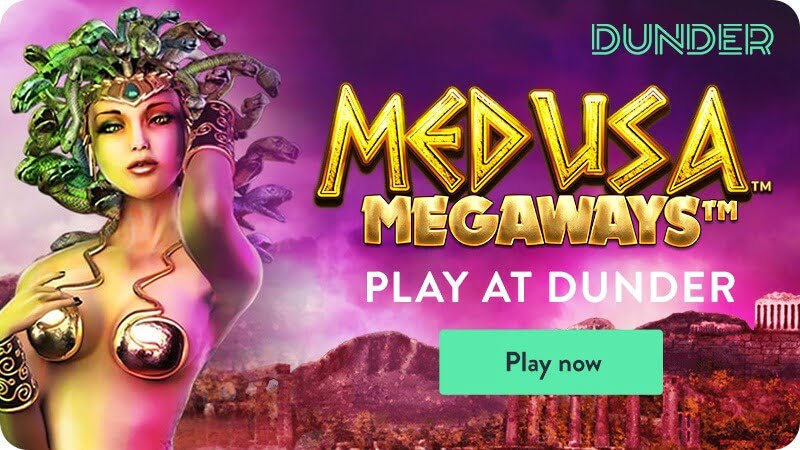