Midas Golden Touch slot from Thunderkick is one of their latest games and it uses free spins and sticky symbols to give you your bigger payouts. It’s quite straightforward, but that’s not always a bad thing so let’s take a closer look.

For those of you who don’t know, King Midas was a man who was granted the ability to turn everything he touched into gold, thinking it was an incredible gift indeed. However, he quickly realised it was a curse and even turned his family into gold by touching them, ending their lives. We’ve actually seen this theme used in slots before along with many other Greek Mythology stories. You have 5 reels in total along with 3 rows, and your job is to try and get a win from left to right using the base symbols along a payline. These based symbols are as follows, ranked in ascending order based on their value: 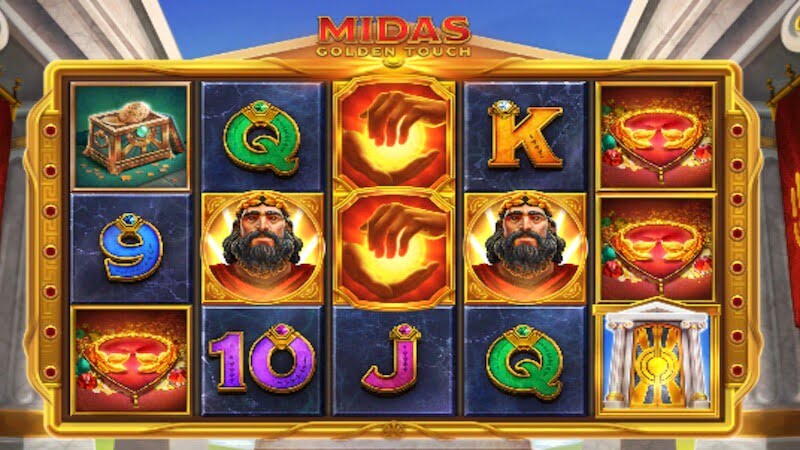 The Golden Hands symbols has the same value as King Midas humself, but it also serves as a Wild symbol. This means it will substitutes for all other symbols in a winning combination apart from the Scatter symbol. Furthermore, any pay line that has a Wild symbol on it will also be multiplied by a multiplier that depends on the number of Wild symbols on the pay line.

Free Spins Bonus. This one is triggered, just like many others out there, by 3 or more Scatter symbols appearing anywhere on the reels. 3 will give you the minimum number of 10 free spins, 4 will give you 15 free spins and 5 will give you 20. As well as just some free spins, you’ll also trigger the sticky resin feature every time you get a win. This will lock all symbols that formed the win or wins, and trigger a resin with the other symbols, hopefully improving your current win. This will continue until you get no more wins. Furthermore, a single random Wild symbol is placed on each reel at the beginning of every spin to get you get more wins. You can also win more free spins by landing 3 Scatter symbols during the resin feature, granting you another 10 free spins. 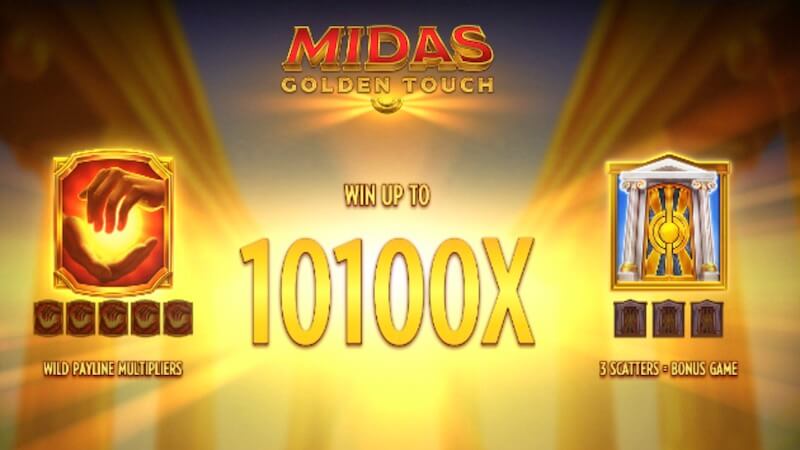 Midas Golden Touch slot from Thunderkick is a fairly simple game that focuses almost solely on the Free Spins Bonus. Within that is the respin feature which can work pretty well and create almost a cascade effect like we see on many other slots. The payouts in the game are pretty decent and I’d say it’s a medium to high variance slot, but nothing like the Megaways slots we often see nowadays. The graphics are actually nice and the game looks pretty good, but it’s not too crazy about the animations or theme in general. I quite like the game, I think it does a lot right and payouts out pretty well, it just depends if this slot is your type of slot.

A Simple But High Paying Game