Plunderin’ Pirates: Hold & Win slot is a pirate-themed game from developer iSoftBet and it includes their Hold & Win feature, offering respins and collection features that we’ll discuss shortly. The design is quite nice, even if it is quite simple. The symbols look great and I like the background too. You have 5 reels and 3 rows to give you 20 pay lines. All you need is a winning combination from left to right using the base symbols. These are as follows, ranked in ascending order based on their value:

There is a wild symbol too, substituting for all other symbols in a winning combination apart from the scatter. 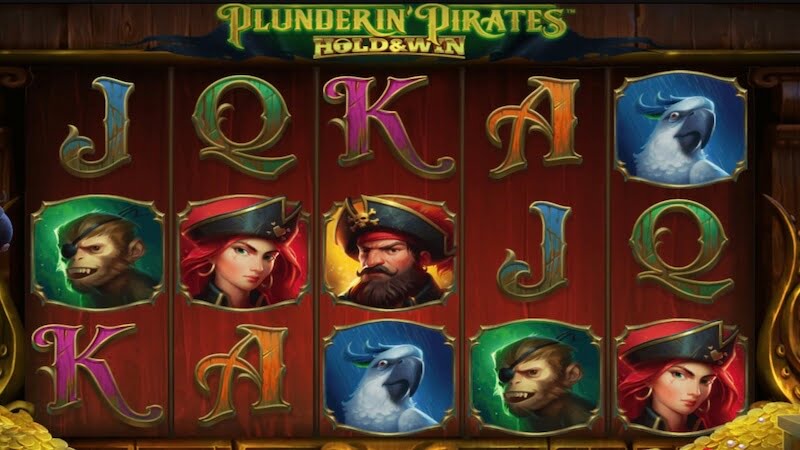 Modifiers. There are a few modifiers in this game, triggered at random on any spin. These include adding 3-7 wilds to the screen, upgrading highlighted positions to one of the top 2 high-paying symbols, or adding 1-3 gold coins on the screen, hopefully triggering the respins feature.

Plundering’ Respins. To trigger this, you need 5 or more gold coin symbols, giving you 3 respins to start with. Now, any gold coins that land will stick in place as well as reset the respins back to 3. Different coloured coins can land here, and each will do something different: 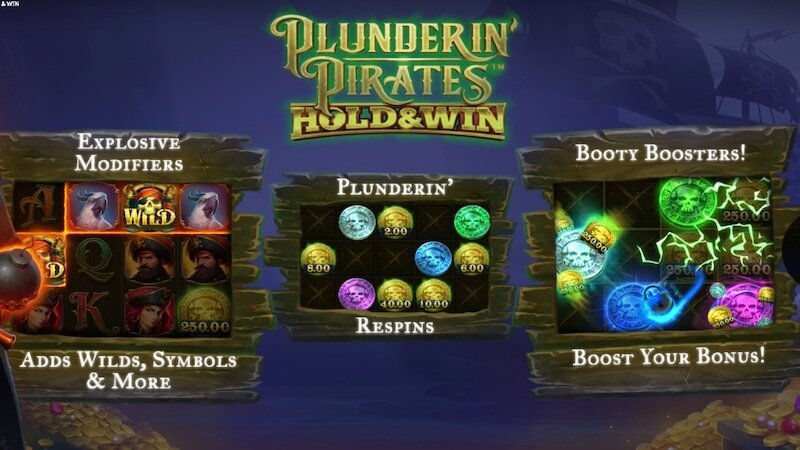 Pluderin’ Pirates: Hold & Win slot from iSoftBet is one of their latest games to include the hold & respin feature, and it’s the main highlight of the game. In it, you can land different coins each with their own effect such as collecting other values or having multipliers. You do also get modifiers in the base game to make things a bit more interesting, including extra wilds, upgrading symbols and help to trigger the respins feature. It is quite a basic game though, and none of the features are that unique. The maximum win is also rather low at just 880x, so it’s a bit of a tough sell, especially compared to other slots in the series like the recently reviewed magic orb slot that has more features and a much higher win potential. Overall then, not the best game we’ve seen and I’d probably recommend you check out others in the series instead. 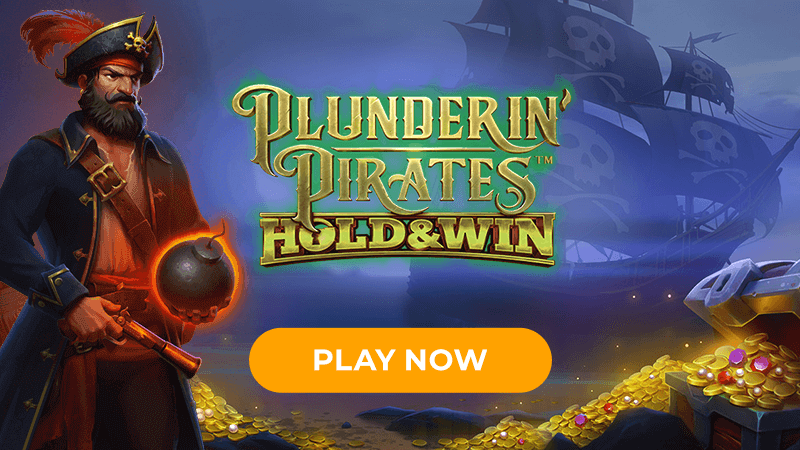 Some Nice Features But Low Payouts