Reel King Mega slot from Red Tiger Gaming is a simple game that’s quite different from what we normally see from them. Gone are the fancy graphics and abundance of features, instead we have a low variance slot with just 2 fairly simple features but with the ability to pay out decently and regularly.

If you miss the feel of the more traditional slots, perhaps Reel King Mega slot is a good choice for you. The focus is almost solely on the reels, and the symbols here are the classic ones with even the sevens making in appearance during one of the features. You have 5 reels in total with 3 rows, giving a total of 20 paylines. The RTP stands at 96%. To get things going, you just need to spin the reels and try to get a winning combination from left to right using the base symbols. These are as follows, ranked in ascending order based on their value:

As well as these symbols, Reel King Mega slot also has a Wild symbol which will substitute for all other symbols in a winning combination. 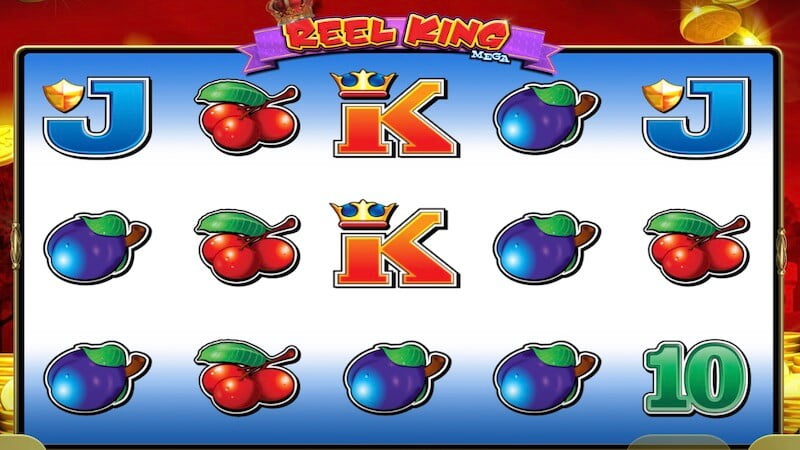 Reel King. If you’re concerned that there aren’t enough high value symbols in the game, don’t worry. The Reel King has you covered. If you manage to land all reels with a yellow background, this feature is triggered. The Reel King will then spin his own set of special symbols, a combination of coloured Seven symbols, which guarantees a win. He’ll keep playing as well until you no longer get a win, after which point the feature is over.

King’s Crown. Every once in a while you’ll notice a crown bounce around the screen. When it does, it will hit some of the symbols on the screen and turn them Wild, hopefully getting you some more wins. 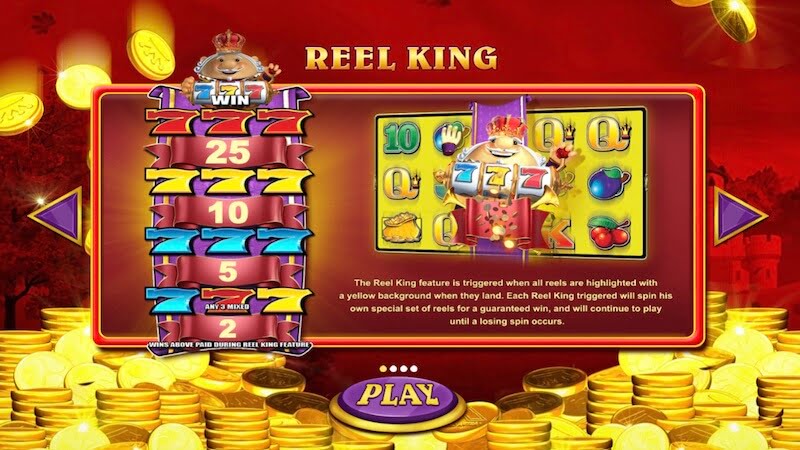 Reel King Mega slot from Red Tiger Gaming is very, very simple. There’s no Free Spins Bonus, no jackpots, nothing fancy at all. You have a basic feature whereby symbols will occasionally turn Wild which we’ve seen in plenty of other slots, and then finally there’s the main Reel King feature which is the draw of this slot. When it triggers, payouts can be surprisingly decent if wins continue for long enough, although don’t expect this to happen to often. Now while some of you prefer the high variance slots like Megaways games and others, for those of you looking for a low variance slot, that is to say, a slot which tends to pay out smaller but more frequently, this is actually a pretty good choice. The features both appear quite often and if your bankroll is pretty low, I think this game could be worth a try. It’s also well suited to those who appreciate a more traditional looking slot rather than the fancy graphics and animations of many newer slots today. This slot won’t be for everyone, but if it sounds good to you then give it a go. You can also see more of Red Tiger Gaming’s slots here. 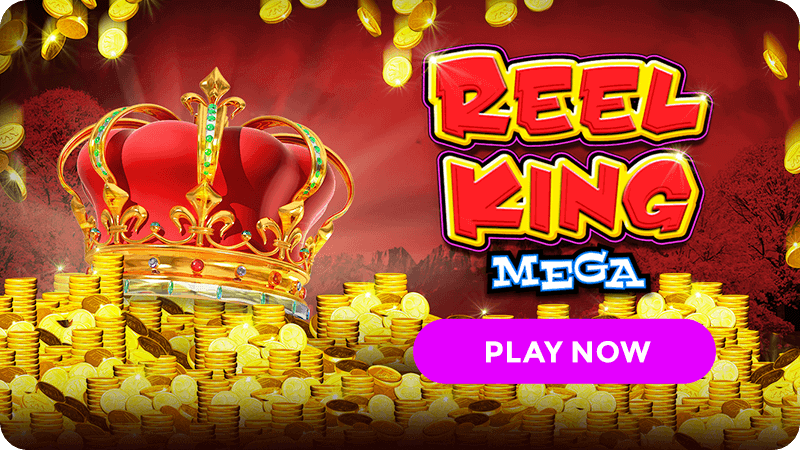