Rich Wilde and the Amulet of Dead slot from PlayNGo is the latest in the Rich Wilde series which follows an intrepid adventurer exploring Ancient Egypt with some uncanny resemblances to Indiana Jones. The series is certainly a popular one, but can this slot live up to some of its predecessors?

You have the same overall look and feel here with 5 reels and 3 rows to give you just 10 pay lines. You need a winning combination from left to right using the base symbols which are as follows, ranked in ascending order based on their value:

There is a wild as well, known as the Thoth Wild, which substitutes for all other symbols in a winning combination apart from the scatter. 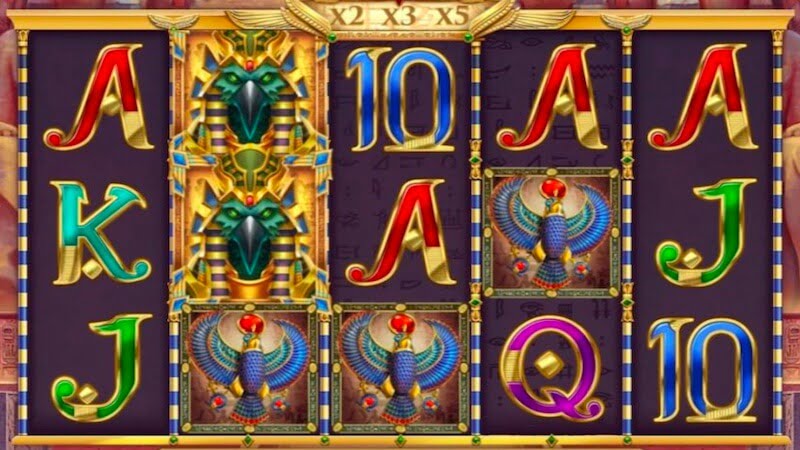 Rich Wilde and the Amulet of Dead Slot Bonuses and Features

Free Spins Bonus. To trigger this you’ll need 3 or more scatter symbols, shown as a pendant, on any reel at the same time. This will also give you a small reward, but if you land 4 or 5 those rewards increase significantly. It’s worth pointing out that the scatter is also a wild symbol, substituting for any other symbols in a winning combination just like the usual wild. You’ll have 10 free spins for the bonus and a randomly chosen symbol will expand whenever it lands in the game if it can give you a win. Furthermore, a stacked Thoth wild can substitute for a special expanding symbol if enough of them are on the reels for a win. Lastly, you can retrigger the bonus with 3 or more scatter symbols, giving you another 10 free spins. 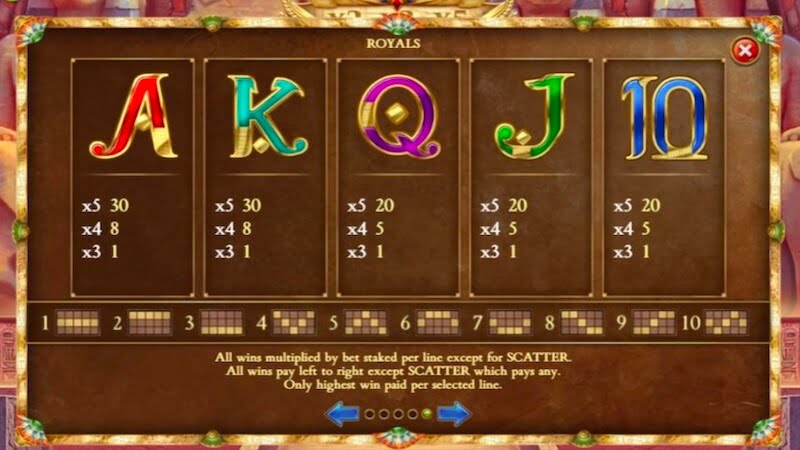 Rich Wilde and the Amulet of Dead sounds like the Book of Dead, looks like the Book of Dead and has some very similar features. That’s fine of course as they’re both from PlayNGo, but I do think it would be nice to see them brand out a little further with Rich Wilde like they have with his wife, Cat. Instead we have, in my opinion, a slightly more interesting but overall worse slot than Book of Dead, and I can’t imagine this one becoming a classic. It’s not that bad, I’m just not a huge fan of the features and the win potential is less which is a real shame. You can find other slots from the developer here if you’re interested. 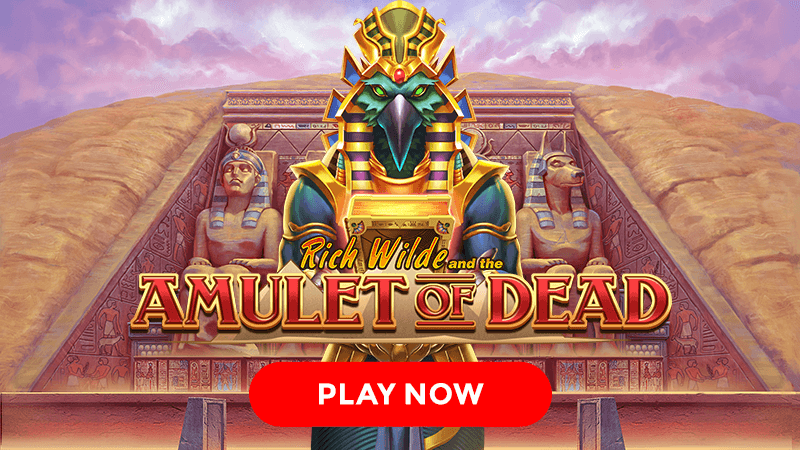 A Decent Slot But Not As Good As Others