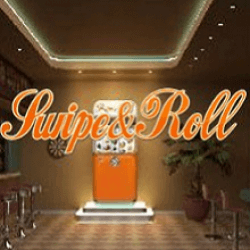 Swipe and Roll slot from Netent brings a classic American theme to the UK and I think people will really enjoy this game. Slots are obviously synonymous with America, especially places like Vegas, and I’m surprised that this type of theme isn’t more popular, with many developers instead opting for themes like Ancient Egypt which is frankly getting quite tiresome.

The design of Swipe and Roll slot is something I really like; it’s both simple yet effective. There are a lot of nice little details here to really make you feel like you’re in a proper American-style diner such as the reels themselves, the buttons, the symbols and some great Rock N’ Roll music in the background. All these little touches combine for a great immersive experience. The gameplay is also excellent fortunately, but I’ll come more on to the features and bonuses shortly. To play the slot, you must spin the reels of which there are 5 in order to to get a winning combination using the base symbol from left to right. These base symbols are listed as follows, ranked in ascending order based on their value:

It’s interesting to see so few base symbols in Swipe and Roll slot, with just 6 in total compared to at least 10, often more than we see in other slots. Some may see this as a benefit though as it certainly helps keep the game simple, especially when compared to slots like the recently reviewed Fantastic Fireworks slot which you could argue had too many different symbols and things could become quite confusing.

There’s also a Wild symbol, of course, and this is shown as a Diamond with the word Wild underneath. This can appear on any reel during the base game and the Wild Re-spins Bonus. As well as this, there’s a x3 Wild symbol which, as you might have guessed, multiplies all wins in which this symbol participated by 3. This symbol s only available on reels 2, 3 and 4 however. Both substitute for all other symbols in a winning combination apart from the Scatter symbol and eachother. 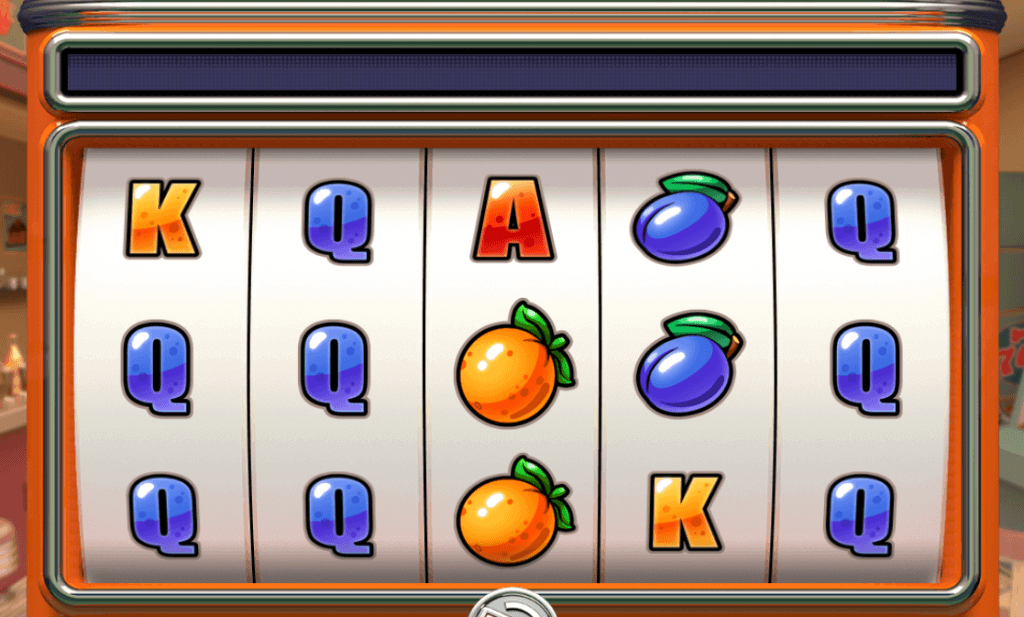 Wild Re-Spins Bonus. If you manage to land 3 or more Wild symbols, either of them, anywhere on the reels during the base game, then this bonus is triggered whereby all Wild symbols will remain in place for a re-spin, hopefully generating some additional wins.

Coin Wheel Feature. This particular bonus can only be triggered during the base game and can occur at any random time. It can award you with either a cash reward, a Scatter symbol or an Arrow symbol. The arrow symbol will expand the winning area either a step up or a step down, depending on the direction of the arrow. Just a single Scatter symbol awarded here will activate the Bonus Game.

Bonus Game. The Bonus Game here, like many other slots, is triggered by 3 or more Scatter symbols appearing anywhere on reels 2, 3 and 4 and can appear during the base game or the Wild Re-Spins Bonus. Here, you must swipe the 3 wheels in view either up or down in any order one at a time. The wheels can award you with either a cash reward or Arrow symbols which will expand for all 3 reels together. If the expanded area contains another arrow symbol, the win area will expand again and will continue to do so until no more arrows are available or up to a maximum expansion of 2 steps either up or down. Wins are awarded after all the areas have been expanded.

Swipe and Roll slot by Netent is actually a brilliant game with some really cool features and one of my favourite designs. The Rock N’ Roll theme is great and the simple design works really well, with pretty good graphics too. The gameplay is also relatively simple but with some nice little features like expanding reels and sticky wilds, so there’s a lot for players to enjoy. It’s a bit of a shame that there aren’t some bigger rewards available through the bonuses, but they’re not bad and probably won’t put anyone off. Overall, a very solid game from Netent that I highly recommend.