Zombie Cirus slot is yet another slot to be released in time for the Halloween season, this time from Relax Gaming who are really looking to create something a bit different. It does this both in the way that the slot looks (which is overall pretty impressive by the way), but mainly in the bonus which links free spins with extra Wilds for some pretty decent payouts, but I’ll come onto that more shortly.

Like I say, the design here is good with nice detail on the characters and a simple but spooky design overall like we saw with Dark Vortex slot. They could have done a bit more with the animations and maybe added something more to the backdrop, but it’s good enough for sure. You have just a 5×3 layout with 10 paylines so nothing crazy there, and all you need to do is spin the reels to try and get a winning combination from left to right using the base symbol. These are listed as follows, ranked in ascending order based on their value:

The Wild symbol is shown as a golden stage, and as well as being the most valuable symbol in the game, it also substitutes for all other symbols in a winning combination apart from the Bonus symbol. 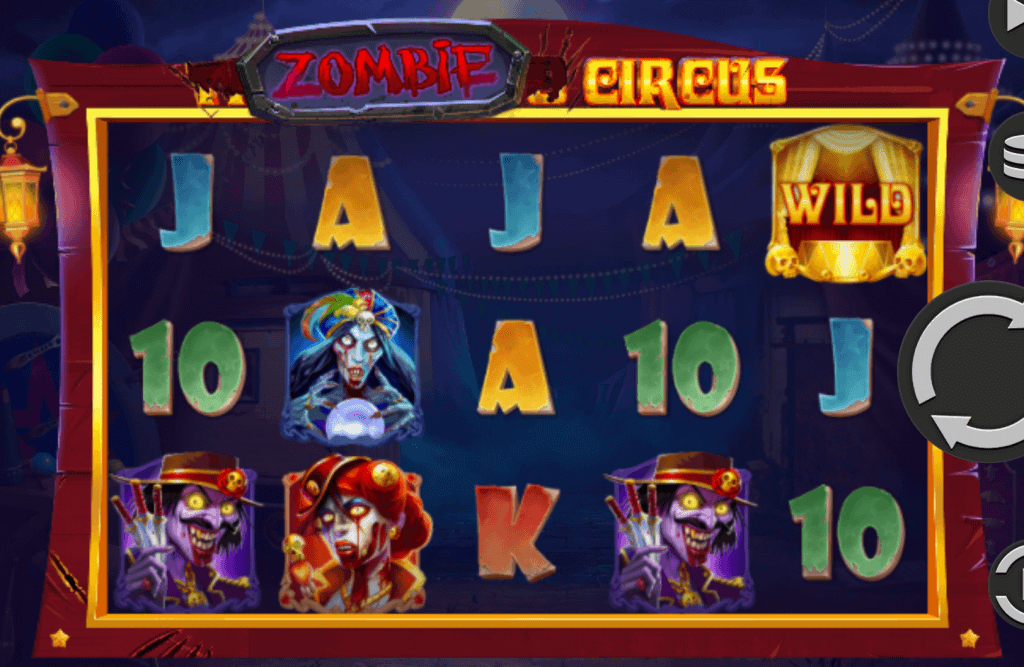 Bonus Game. As the unoriginal title might suggest, the Bonus Game is triggered by the Bonus symbol, a blue carousel. In fact, you need 3 of these to appear at the same time on reels 1, 3 and 5. On reel 5, however, you can land stacked Bonus symbols and these will determine how many Zombie Waves will be played during the Bonus Game. Just 3 Bonus symbols in total will trigger 2 Zombie Waves in the Bonus Games, 4 symbols will trigger 3 Zombie Waves in the Bonus and 5 will trigger 4 Zombie Waves. The Zombie Waves are exactly that, a wave of 5 zombies coming towards you on the screen. You must pick one of these and this will reveal a prize which will take hold during the free spins. Each wave consists of one pick only. You can receive additional waves during the Bonus, up to a maximum of 4 total Zombie Waves. The first Wave will give you a number of free spins, while any consecutive waves will apply a special feature whereby a base symbol will convert into a Wild symbol. This applies to all symbols as mentioned above, apart from the Bonus symbol and the Wild symbol. The Free Spins will commence once you have played all of the Zombie Waves. During the Free Spins, you can trigger another 2 waves by landing another 3 Bonus symbols on reels 1, 3 and 5. Again, the first wave will give you a number of free spins to use while the second wave will convert another symbol into a Wild symbol. 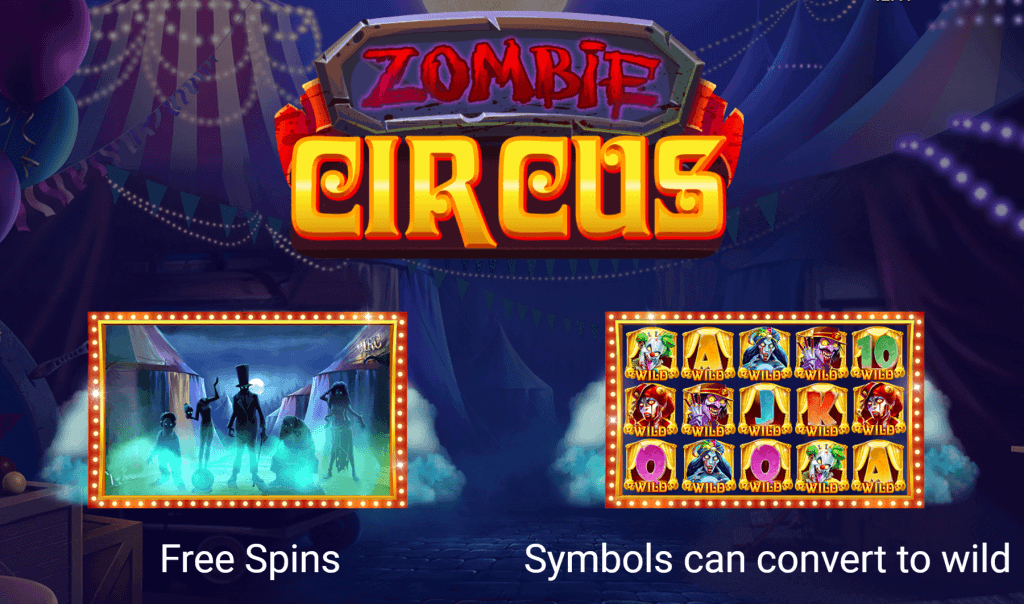 Zombie Circus slot is a very interesting game from Relax Gaming with a rather simple but unique bonus feature that I have to say I really like. For a start, it’s a lot of fun and uses the Halloween and zombie theme very well with different waves and interesting characters. The number of free spins varies but can be pretty decent, and you can, of course, win more. The best feature though is the fact that you change the symbols into Wild symbols to give you a better chance of winning. This, combined with the impressive theme and design from Relax Gaming makes for a well-rounded and entertaining slot. My main criticism is that the payouts aren’t usually that great, but with a lot of free spins and Wild symbols you can see a decent return.