The funny and entertaining Anchorman is here! Thanks to Scientific Games, the Anchorman Slot is being delivered on the Twin Star V24/43 cabinet offering endless hours of comedic entertainment. Based on the 2004 hit comedy featuring Ron Burgundy, the San Diego high profiled news anchor is dominating the screens of this latest slot hit.

Ron Burgundy played by Will Ferrell in the 2004 hit film is ready to report live from the Channel 4 news team as he rewards tons of slot bonus features, jackpots and real-time action scenes from the film. The 5-reel, 25 payline video slot will leave all slot players laughing hysterically the entire time it’s being played. If you’re a fan of the film, or just want to play something that delivers variety, Anchorman Slot is the perfect game for sure.

The Anchorman Slot delivers more value for your money. Betting options vary depending on what size bet you want to place for each spin. Jackpots are determined by the size of the bet, but rest assure no matter your wager, there are guaranteed wins to go along with the promising fun. 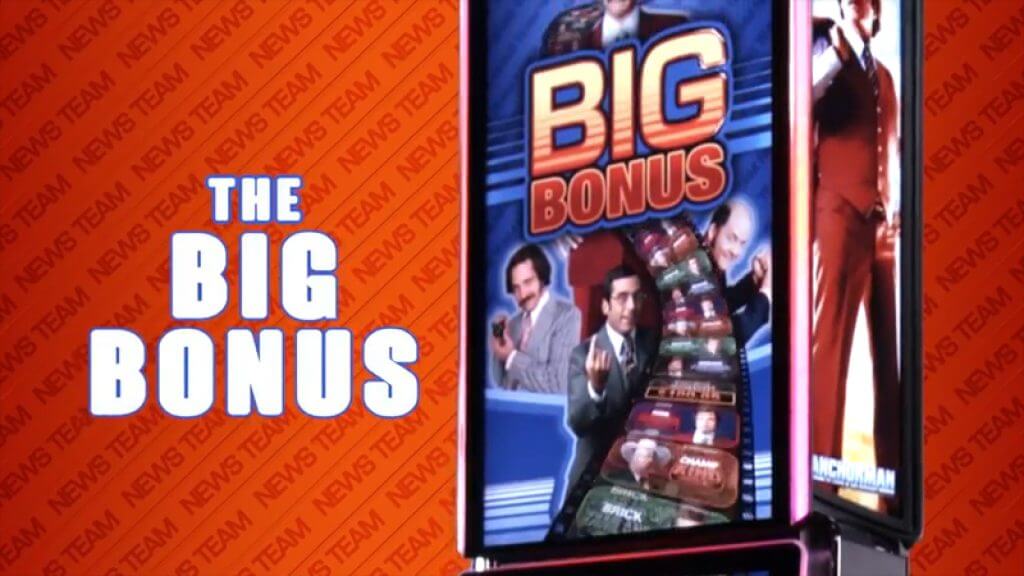 In terms of bonuses, there are a lot to be had spinning the Anchorman slot! First and foremost, when you trigger the Big Bonus Filmstrip Stop and Ron makes his appearance there will be a series of different character bonuses that debut across the reels. For starters, several free games features will trigger depending on which news anchor you activated, and these aren’t your ordinary free games feature either!

The first set of free spins is Ron’s Giant Free Games. The reels will expand to 117 lines, instead of the original 25. The second free spins feature is titled the Champ Kind Free Games. During this feature there are Whammy symbols that will advance you up the rewards ladder where bigger payouts await! The third feature is called the Sex Panther Pick feature. This bonus game stars none other than Brian Fantana. The final character bonus pick is Brick’s Weather Wheel. During this feature you have a chance to win extra credits and progress through the bonus wheel for a chance at higher payouts and big multipliers.

The animation of the graphics is out of this world! Scientific Games is on-point with their graphics design. When you land a big win, the Anchorman will do a special broadcast reporting on your big win.

We can’t leave Baxter the dog out! One of the special in-game features include Baxter Wilds. Once you trigger this special feature you not only have the regular wilds in the game, but extra Baxter wilds. Don’t act like you’re not impressed with all the special and extra bonus features! 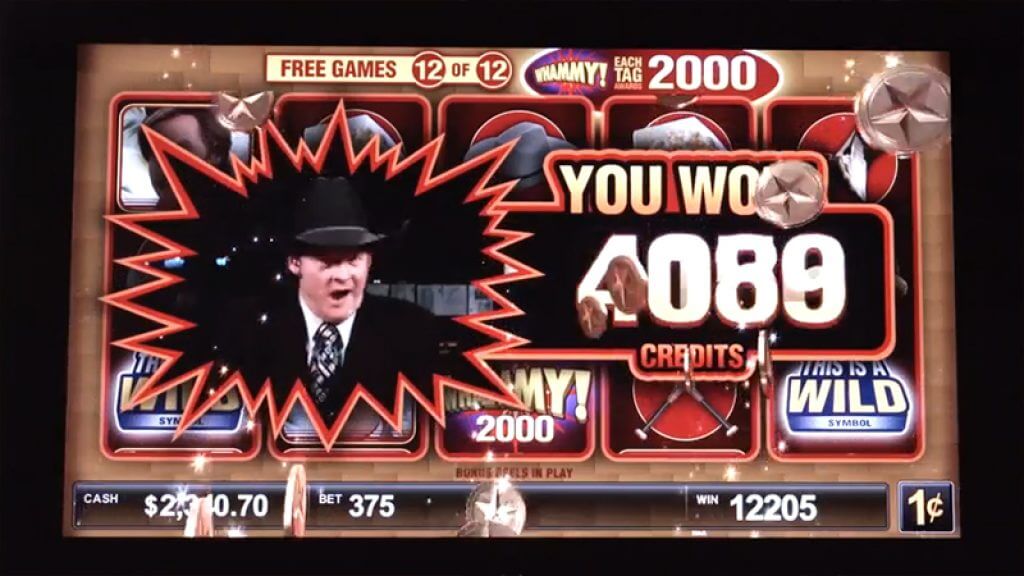 All of the progressive jackpots are activated when the bonus feature is triggered. Depending on your bet size will be the determining factor of which jackpots can be won. Once the Big Bonus Ribbon Filmstrip bonus is triggered the second set of reels will play and you must hit stop to be rewarded with your bonus which include one of the jackpot slots.

And Derik Mooberry, Group Chief Executive and Vice President for Scientific Games agrees saying, “Our development team worked diligently to stay true to the films and incorporate the comical nuances and favorite scenes. We are certain that players and fans will be laughing in their seats, captivated by this highly entertaining game,” when the slot was first released. Anchorman; The Legend of Ron Burgundy Slot is not available to play online just yet, but can be found in most land-based casinos throughout the American market.

With Anchorman Slot being available across USA casinos, players are sure to get a head start on the nonstop action before the rest of the world. It’s not certain if Scientific Games will make the game available across the globe, but for right now it’s available to play anywhere in the USA. As Ron Burgundy would say when he would sign off from his broadcast… “Stay Classy, World!”

The Hit Comedy is now a Hit Slot from Scientific Gaming

Dancing Drums Slot The Fu Babies have returned with ev…

Anchorman Slot The hit comedy has morphed into a hilar…