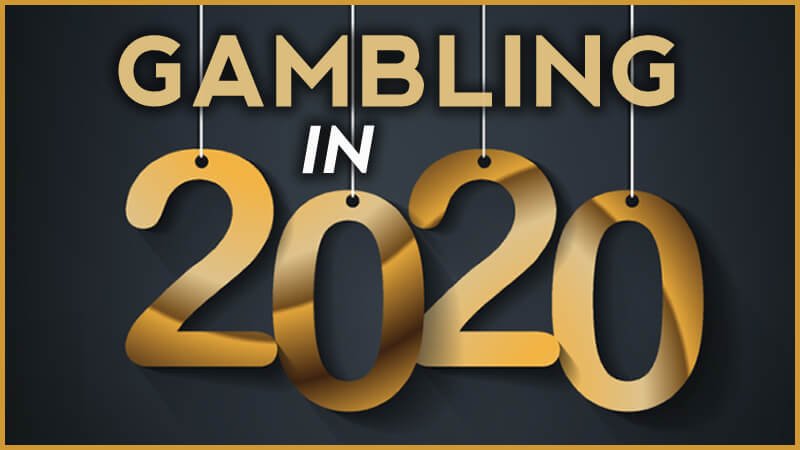 2019 was quite a year for the gambling industry, and 2020 looks like it is shaping up to be equally dramatic. Here are five gambling predictions for the coming year which – if they happen – will dominate the headlines.

The Flutter/TSG deal WON’T get the go-ahead

Flutter’s proposed merger with The Stars Group (owner of Sky Bet) was one of the biggest business stories of 2019 – and the sheer scale of the deal is jaw-dropping. The combined value of the two companies is a whopping £10 billion, with an estimated £3.8 billion in annual global revenue, making it the largest gambling firm in the world by some distance.

A united Flutter/TSG would command impressive market shares in several countries. In the UK, that could be as high as 40% when all their verticals are factored in.

And that’s precisely why this deal might not happen, as is it still needs to be given the seal of approval by regulatory authorities in several countries. The UK competition authorities are known to investigate proposed deals when they reach 35% of market share, so Flutter/TSG will surely come under heavy scrutiny… just as the gambling industry is becoming a bogey man for UK politicians.

Blocking the Flutter/TSG merger would be a symbolic move that would play well with the public, so expect this deal to fail in 2020.

Live slots will be the next hot casino trend

At the end of 2019, Playtech released one of the most innovative products of the whole year – a version of their Buffalo Blitz slot played in a live casino environment. This was a very ballsy move by Playtech, and they certainly deserve applause for attempting a mash-up of the live casino and slot niches.

Playtech’s live casino offering is under pressure from the unstoppable rise of Evolution Gaming, so they did need to do something drastic before their current casino partners drop them in favour of their rivals.

It’s fair to say that this particular live slot game is still a work in progress, which has received some mixed early reviews.

But these are still early days, and it could just be that Playtech chose the wrong slot for this experiment. Perhaps a lower variance slot would have worked better here – and maybe adding some progressive jackpot prizes could have made things more exciting for a live audience.

Hopefully, Playtech sticks with the concept. The popularity of slot streaming channels shows that there is a demand for watching others spin slots as part of a social experience. Adding a real-money betting element should make Playtech’s live casino a serious proposition again.

NetEnt should also be watching this development with interest. This studio has more popular slots than Playtech and is also involved in a struggle to compete with Evolution in the live casino space.

If we saw a modified live casino version of Narcos, for example, with slightly lower volatility and a decent progressive jackpot thrown in, casino fans would surely give it a spin. NetEnt should investigate this option in 2020.

Boris Johnson’s election landslide has shaken up the parliamentary arithmetic and forced many commentators to revise their predictions for the future. For example, my Brexit No Deal piece from October has not exactly aged well.

But the thumping majority means the Conservatives won’t have to throw any bones to other parties, allowing greater flexibility in dealing with the gambling industry. Sure, the industry will have to take a good old punishment beating to appease the morally outraged, but the nuclear option of a £2 stake limit probably won’t need to be activated just yet.

A fixed amount is way too much of a blunt instrument to police online slots. For some gamblers, £2 per spin is still too high a stake, while high rollers faced with such low stakes will just avoid UK-licenced casinos and go bet with a dodgy Curacao-licenced provider instead.

A more nuanced solution would be a maximum stake based on a percentage of the user’s account balance – say, 2%. This would better protect lower-stakes players while still allowing casinos to make a decent profit from their key customers.

There is a robust case to be made against £2 maximum stakes in the online slot world, but it’s up to the big providers to make that case to parliamentarians. If the CEO’s of GVC, Bet365, and Flutter continue to stick their heads in the sand, instead of coming up with suggestions on how to tackle problem gambling, then that £2 online slot stake limit could well become a reality.

But credit card betting will be severely limited

Although the Johnson government won’t have to follow every recommendation of the All-Party Parliamentary Group on Gambling, it can’t ignore all the suggestions. One of these suggestions is a proposed ban on credit cards to fund gambling, and it’s hard to find a fault with this one.

Tales of problem gamblers going into debt to fund their addiction are truly heart-breaking. Although credit cards aren’t the only means people use to borrow to gamble, they are an important avenue that needs to be shut down sooner rather than later.

The financial institutions already seem to be on board, with several banks and credit card providers already offering to block payments to any gambling provider. This proposal looks like an easy win and should be expected to become law sometime in 2020, with banning of VIP accounts potentially also on the horizon.

2019 wasn’t just tough for UK casinos and bookies – providers in Europe also had a difficult year. Not only did they have to contend with the UKGC cracking down on the online gambling industry, but also deal with strict new regulations in Sweden, as well as losing total market access to Holland and Switzerland (officially, anyway).

The share prices of big Nordic gambling firms were decimated in 2019, and 2020 is shaping up to be an even more challenging year.

Many European operators have been publicly betting on the huge German market saving their bacon in 2020, but even that strategy now looks doubtful. The German government seems to want to outdo even the Swedes in the regulation stakes and are forging ahead with plans to outright ban the online casino vertical in 2020.

While sports betting will still be allowed, customers will only be permitted to bet €1000 per month, and no in-play markets will be available.

If these plans get the go-ahead, Germany could be the final nail in the coffin for many smaller and less well-capitalized casino providers. The bigger brands will of course survive and could gobble up the smaller casinos and bookies, including one or two shirt sponsors of English Football League clubs.

What do you think 2020 has in store for the gambling industry? As always, you can discuss these issues – and anything else gambling-related – in our Casino and FOBT forum.