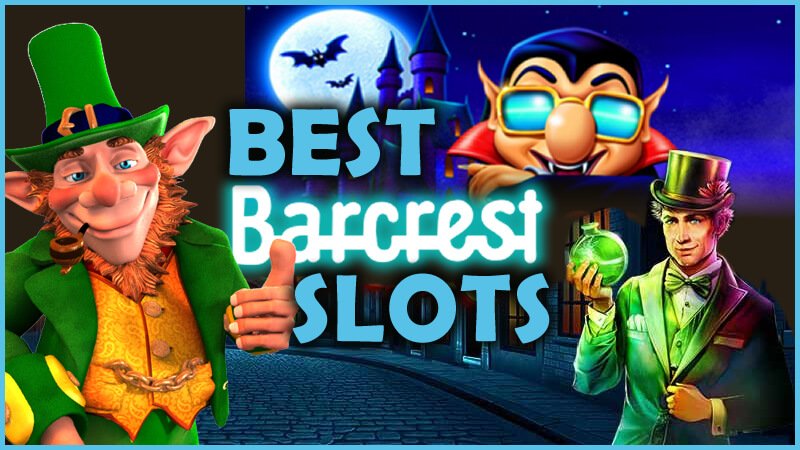 Barcrest is a fascinating slot provider. Unlike many online-only studios, Barcrest also provides many of the most popular slot games found in gaming arcades, bingo halls, and bookies – and has been doing it since 1968. Despite this long heritage, it’s fair to say that Barcrest games aren’t always as pretty as those from NetEnt, Yggdrasil or Playtech. But for the discerning online casino player, Barcrest slots have some of the best gameplay around. Many of their titles have the Big Bet feature, which allows online slots fans to select their own risk level. And when it comes to Return-to-player (RTP) ratios, Barcrest is simply unbeatable for value-for-money. This studio was bought by SG Gaming in 2011 and has since gone from strength-to-strength, continuing to make some of the best-loved slots on the net. Here are our five favourite Barcrest online slot games.

Rainbow Riches is the most popular game in the UK land-based slot scene, and there are now several online variants – Pick ‘n’ Mix, Fortune Favours and plenty more. But Rainbow Riches Megaways is the best of them. With 117,649 possible paylines, this slot is your chance to find a pot of gold at the end of the rainbow. You will be pleased to know that the design of the slot is faithful to the original: with leprechauns, rainbows and four-leaf clovers aplenty.

The free spins feature is triggered by landing 4 or more scatters anywhere across the reels – awarding you at least 12 free spins. If you don’t want to wait, you can opt for the Buy Pass feature, which costs 100x your stake. And intriguingly, the Take a Chance option also gives you the opportunity to grab those free spins. Here, the chances of you being awarded the bonus depend on your chosen stake – at a price of 25, 50 or 75x your wager, you respectively get  25%, 50% or 75% odds of triggering the feature. Rainbow Riches Megaways is a medium variance slot which has the potential to pay out 10,000x your bet size. At 95.90%, this isn’t the highest-RTP slot from Barcrest, but Rainbow Riches Megaways is a solid title which any fan of classic British slots will enjoy.

Himalayas Roof of the World

Himalayas Roof of the World is a 5-reel, 10-row slot, with a backdrop of Mount Everest and Buddhist temples. The falling snow is a nice feature, as is the stirring adventure background music. But what is the gameplay like? It’s actually pretty good. The giant symbols of the Buddhist monk and girl can stretch across rows and pay up to 1000x your stake, while the Snow Slide Bonus gets triggered randomly, leaving up to 50 wild symbols in its wake.

Free spins are triggered by landing 3 or more bonus symbols across the reels, and in this bonus round, you might see a Big Freeze symbol, which expands to fill any reel with wild symbols. Of course, the big draw for Barcrest fans is the Big Bet feature, and it doesn’t disappoint in Himalayas Roof of the World. Here you can choose between £20, £30 and £50 bet sizes, the biggest of which has the best chance of winning, since one of the reels is guaranteed to be a wild. 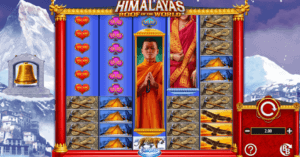 This vampire-themed slot might be named after Dracula, but its cartoon-like vibe is more Sesame Street than Hammer Horror. That said, it looks absolutely wonderful, with a backdrop of a creepy castle, bats and busty serving wenches. What’s more, Ooh Aah Dracula is great fun to play. High rollers will be delighted to know that this slot comes with Barcrest’s usual Big Bet option. This time around, it awards you five free spins, with a choice of £20 or £30 total bet sizes.

The free spins round (called the heart attack bonus) is triggered by landing 3 hearts (with stakes through them – nice touch!) anywhere on the reels. In this feature, you get 15 free spins, with an additional pick-a-tombstone game which can also help win you increase your winnings. If you are looking for a fun slot with high payout potential, I urge you to play Ooh Aah Dracula. You can say fangs to me later. 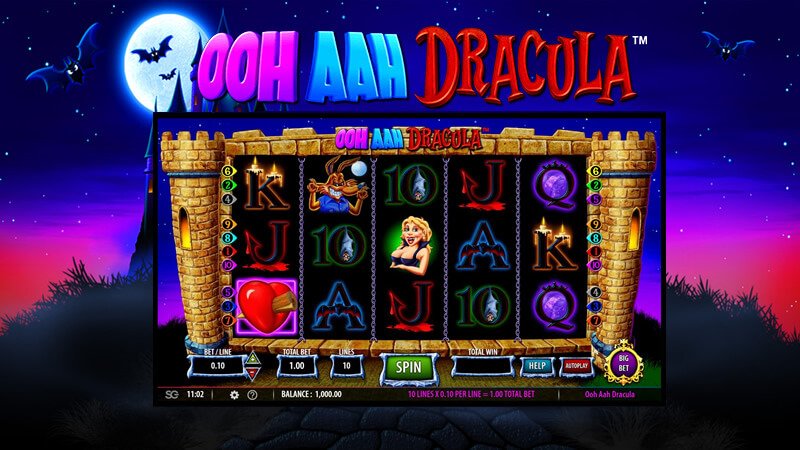 In 1886, Robert Louis Stephenson wrote The Strange Case of Dr. Jekyll and Mr. Hyde. In this gothic horror novel, the talented Dr Jekyll uses home-made potions to bring out his violent dark side. Barcrest has built an entertaining slot around this tale, set against a dark backdrop of 19th Century London streets. In fact, this slot is perhaps one of the most beautiful Barcrest has ever created. Symbols include the Jekyll/Hyde alter egos, streetlamps, Big Ben and the potions used to transform the characters back and forth.

The Big Bet feature lets players choose between £10, £20, £30, £40 and £50 stake sizes. Whichever stake size you choose, you will be given five linked spins which allow you to collect bonus symbols and progress through 10 levels. If you manage to reach the 10th level, you will be awarded an amazing 75 free spins. Dr. Jekyll Goes Wild is a medium variance slot with an RTP of up to 98.2%, should you choose to play with the highest stake level. 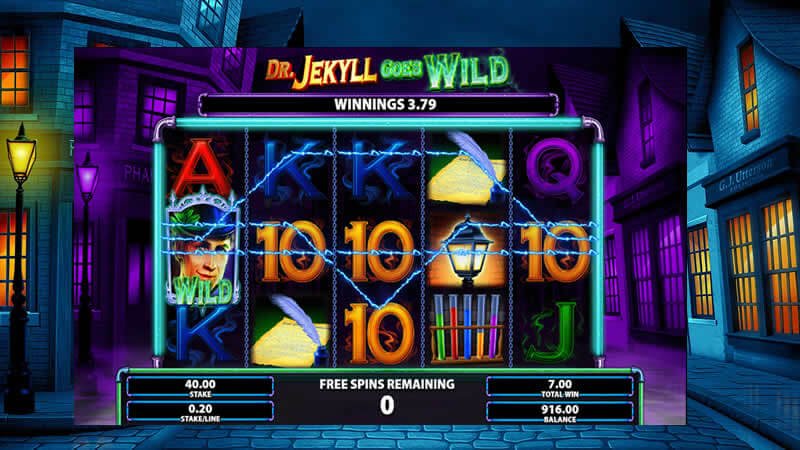 One advantage of being taken over by SG Gaming is that Barcrest can now make slot games based around bigger brands. Monopoly Big Event is a good example of this, and slot fans can now enjoy both online and offline versions of the game. It has a ton of interesting features, with the Big Event bonus round getting triggered by landing four or more wilds. In this bonus, Community Chest and Chance cards are laid out, with the Community Chest cards guaranteeing a set number of free spins. We found that we could trigger this feature quite regularly, often winning more than 10x our stake.

Once again, this Barcrest slot is given the Big Bet feature, and this time you can choose between £20 and £30 games. In the £30 game, a wheel is spun to decide your multiplier – with potentially 5x your stake on offer. That may not sound like a huge deal, but Monopoly Big Event has the highest RTP of any Barcrest slot, with a whopping 99% returned (on average, of course) to players. Although Monopoly Big Event isn’t the prettiest Barcrest game out there, it does have Rich Uncle Pennybags, and with that 99% RTP, you might well become as wealthy as him playing this one. 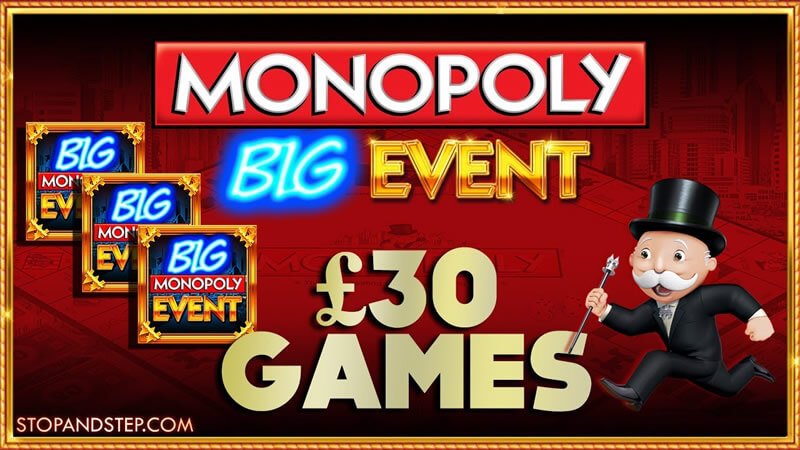 Barcrest slots are some of the most fun to play, and in the right hands, can bank some serious coin. If they could just add some progressive jackpots into the mix, then Barcrest could become the next NetEnt or Microgaming. Which Barcrest slot games do you like the most?