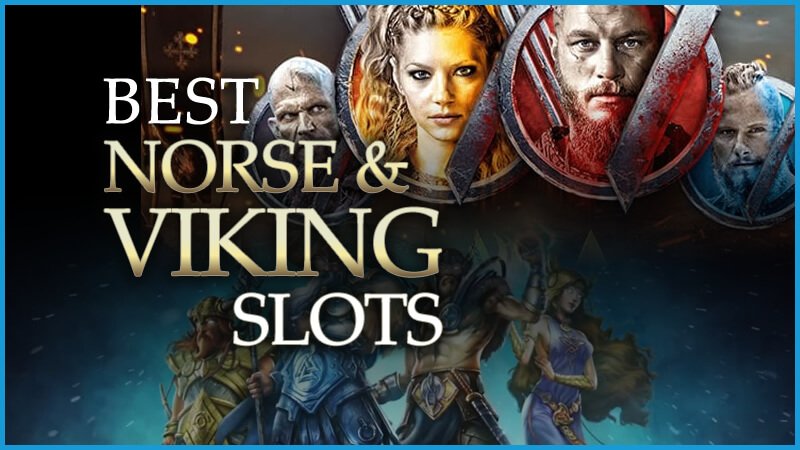 The connected themes of Vikings and Norse mythology are among the most popular for slot developers. Why is this the case? There are a few reasons. Partly it’s because so many studios hail from Scandinavia (Yggdrasil is actually named after a sacred mythological tree). Partly it’s because of the success of the Vikings TV series. But mostly, runes, hammers, and muscle-bound Gods are so damn cool. Here are 10 of the best Norse/Vikings slot games around.

In Norse mythology, Asgard was the city of the Gods, where Odin, Thor, Freya, Baldur and the rest would hang out and do their godly stuff. There are dozens of slots which refer to Asgard, but this title from Yggdrasil is surely the best of the lot. For a start, it has a unique set of double reels, which function separately in the base game but come together in the features to produce some epic wins. What’s more, Age of Asgard looks wonderful. That top set of reels is populated by beautiful Godesses, while the bottom half is made up of the Asgardian monster crew – and both of these sets of symbols are beautifully drawn. Lastly, the slot has some serious winning potential, with an RTP of 96.2% and a max payout of 2444x your stake.

Thor: Hammer Time might sound like a mad mash-up between an 80’s rap artist and the Avengers, but this No Limit City slot is very much a Norse mythology title. While it might not be much to look at, the gameplay is always entertaining, with a high win frequency and some big potential rewards at stake. The four features include an Asgard free spins round with extra spins, sticky wilds, sticky reels and plenty of multipliers. With an RTP a shade above 96% and a max payout of 2328x your stake, Thor: Hammer Time certainly packs a punch.

Play n’ Go delves deep into the mystical symbols of the Vikings – known as runes – for this slot. These runes form the majority of the symbols in the 7×7 grid, which makes full use of a cascading engine to trigger multiple winning spins in the base game as well as the bonus features. Speaking of which, there are no less than 7 of these bonus rounds to explore. The best of them is the Ragnarok free game round, where 15x multipliers can lead to impressive wins of 5000x. We really like the soundtrack to Viking Runecraft, it’s a relaxing and expansive track which makes playing this highly volatile slot much more bearable. 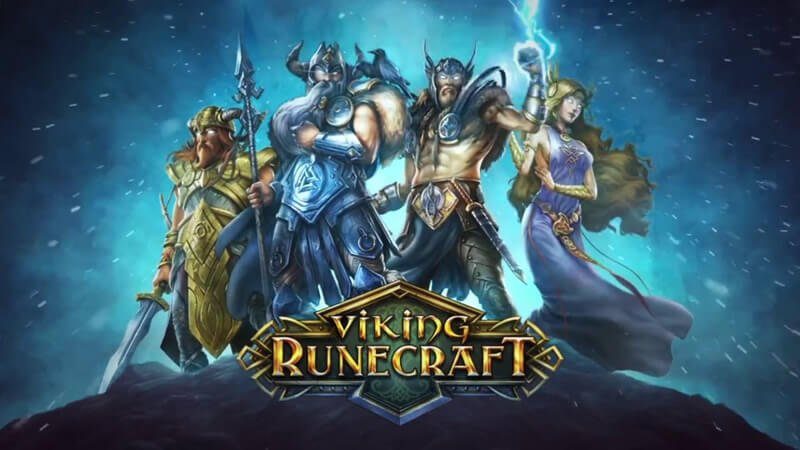 NetEnt’s Hall of Gods showcases the best in Norse mythology, and deities like Thor, Loki, Freya and Odin all make an appearance. Although Hall of Gods is now a decade old, it still looks pretty neat, and the hand-drawn characters give it a rune-like feel. The scary serpent Midgard expanding wilds make the base game worth playing, and the free spins round lets you take Thor’s giant hammer and smash shields to reveal cash prizes, as well as jackpots. That’s right, Hall of Gods also comes with a triple jackpot, with millions of pounds at stake in the mega game. 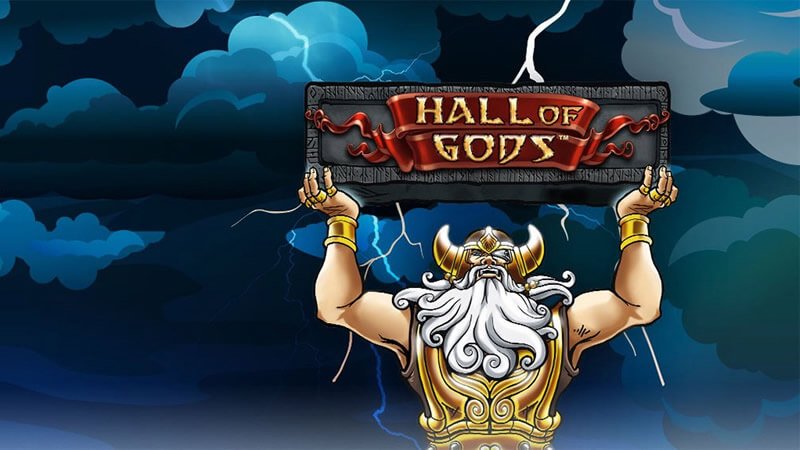 The rising reels in Pillars of Asgard give players a massive number of ways to win – over a million, according to the slot intro, although we didn’t manage to count them. It’s a hugely volatile slot, with a lot of dead spins going on, but it’s all worth it to see the pillars rise up and bring more rows of symbols into the game. There is a wealth of features going on, with the Odin’s Blessing free spins being the most lucrative. Pillars of Asgard is one of the most ambitious slots out there, so if you feel like you are ready to play with the gods, give it a go.

This brilliant Yggdrasil game allows you to spin reels while navigating a Viking longboat across the open seas. Below the 5 reels sit several Vikings, who collect ‘rage’ points each time you hit a win in the base game. Once they collect enough rage points to go truly berserk, you receive sticky wilds and free spins. If the golden treasure symbol lands on the fifth reel, you have the chance to pick up a 10,000x payout. It’s rare to play a slot game which is both entertaining and has the potential for massive wins, but Vikings go Bezerk delivers in spades! 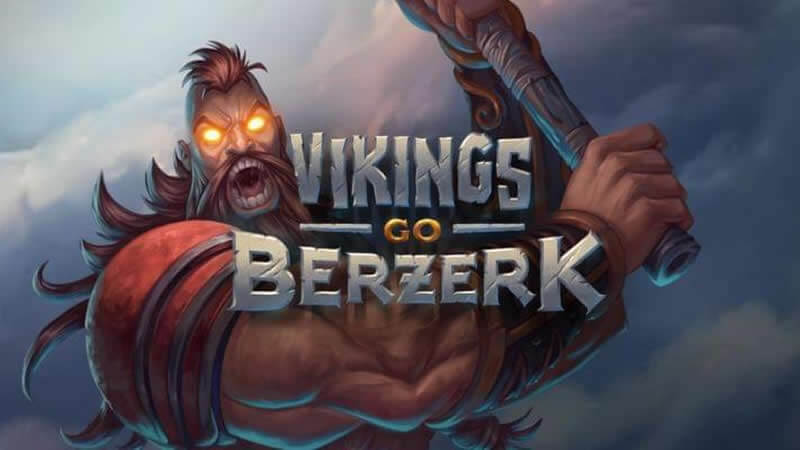 Red Tiger has a habit of making eye-catching, innovative slot titles, and Thor’s Lightning is no exception. This cluster pays title takes place on a 7×7 grid, although the middle 9 squares start off covered by stone squares. Your aim is to create clusters to smash these squares, which will then open one of two bonus rounds – Valhalla Spins and Muspell Spins. The Muspell is simple enough, as its basically a free spins round but with high-value symbols. Valhalla is a bit more exciting, as you get a ton of multipliers which are then applied to your winnings.

Such is the popularity of the theme that even the History Channel’s Vikings TV series has been given the NetEnt treatment. Now all fans of Ragnar Lothbrok can see whether Gefion the Norse goddess of luck will smile down upon them in this 243-ways slot. Although visually impressive, it’s actually a rather simple game. Symbols include Ragnar and Lagertha, while the V logo from the show is the highest paying. During the Raid Spins feature, the grid expands from 3 rows to 7, increasing the chances to win, and this bonus comes with a 10,000x stake maximum payout. 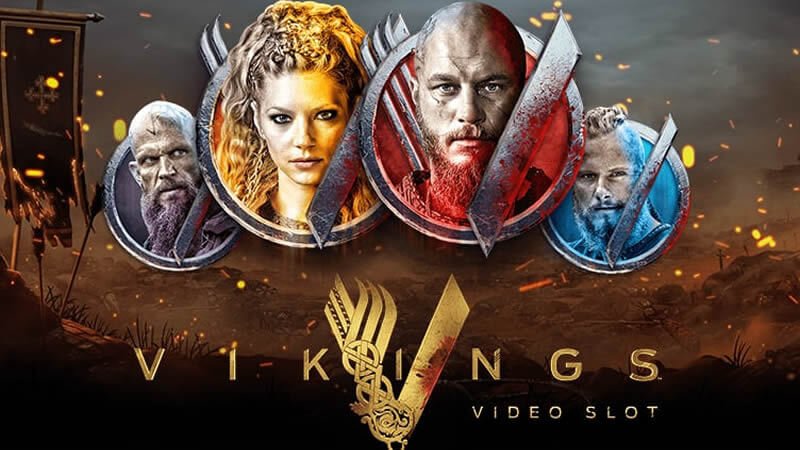 This slot is actually due for release at the end of April 2020, but the previews show it has the typical Play n’ Go panache. The ring of Odin is a feature which triggers in the base game to increase wins by triggering respins.  The enhanced multiplier free spins are also triggered by the ring, leading to payouts of 5000x. That might be a little low for this developer, but cutting-edge graphics, amazing animations and thoroughly decent gameplay should ensure that Ring of Odin is destined to be a springtime slot hit in 2020. 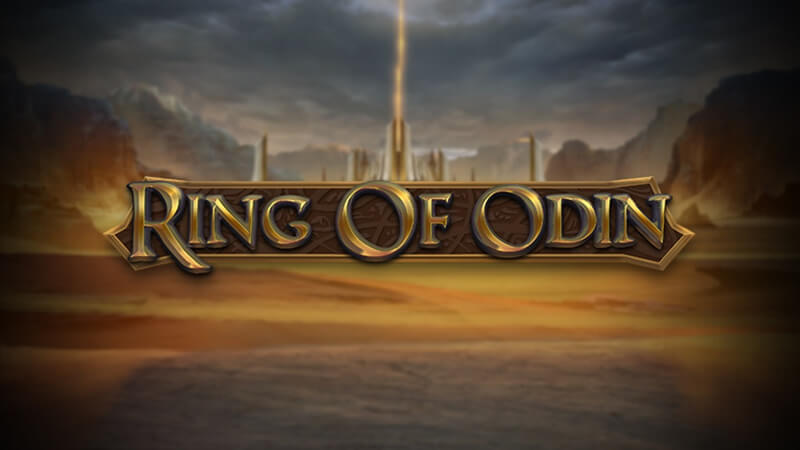 This Norse/Viking themed slot comes from the hitherto-unknown Iron Dog studio, and it is very promising indeed. For a start, it looks fantastic – especially the free spins round, where we seem to be playing next to the tree of Yggdrasil itself. In terms of gameplay, we have – as the title suggests – a ton of wilds, including sticky and expanding wilds, a cascading engine, and more multipliers than you can shake an axe at. Viking Wilds is a high-volatility ride, and comes with an RTP of 96% and a max payout of 6000x. It’s going to be interesting to see what Iron Dog can come out with next.

Which of these Norse/Viking slots are you going to play next?