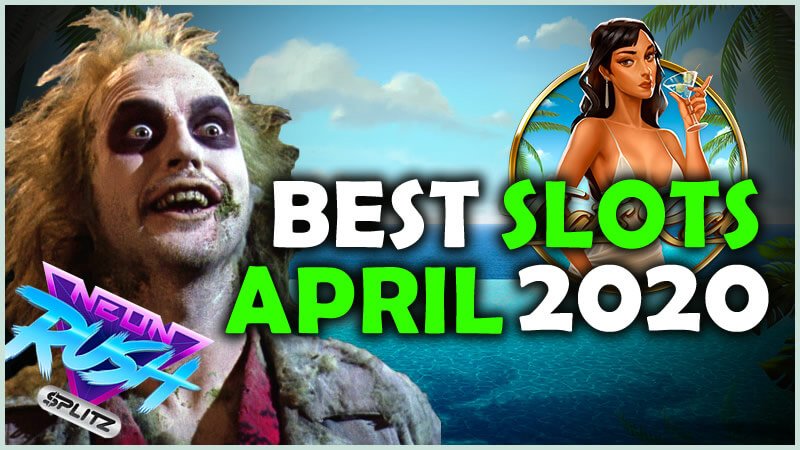 April was another rewarding month for slot fans, with several film franchise releases, as well as the inevitable batch of new megaways games. Here are our top 10 slots for April 2020, as selected by our panel of reviewers.

Blueprint Gaming’s Sausage Party slot is inspired by the 2016 smash hit animated movie of the same name. The slot has a supermarket theme, with a particular focus on sausages, and the base game comes with no less than 6 randomly triggered modifiers. These include colossal reels, mystery symbols, and guaranteed big wins – thanks to the aptly-named Keen as F%$*kin’ Mustard modifier. There are also 6 bonus features, heavily based around the film. As usual, you trigger these features by landing 3 scatters anywhere on the reels. A shopping trolley is then pushed down the supermarket aisle until it comes to rest at one of these bonuses – at that point, you can then choose to go with your given bonus or gamble it for an upgraded one. No matter which features you end up playing, all are highly entertaining and potentially profitable. Fans of the Sausage Party movie are going to love this slot. I hadn’t heard of the film before playing the game but I am tempted to give it a look as I had so much fun exploring the various bonuses.

80’s nostalgia has been all the rage for a few years now, and it is even starting to infect the slots world. First, we had Goonies, and now we have Gremlins. Those of us who grew up in the golden decade will fondly remember the Gremlins movie, where a cute mogwai replicates into an army of reptilian hooligans, thanks to a splash of water and a midnight snacking session. The official Gremlins slot has been available in the casinos of Las Vegas for many years, and now the Red7 studio has brought out an online version. It certainly does a good job of pleasing movie fans, since Billy Seltzer’s bedroom acts as a backdrop, the iconic theme tune plays in the background and symbols include items such as popcorn, microwave ovens, and 3-D glasses. Spike appears as the wild symbol, and a really awesome touch is that water will often randomly land on him, producing more wilds and decent wins. Collect 3 Gizmo scatters to trigger one of the 6 bonus features, which are randomly selected on the screen of the cinema. The best of these is the Avoid the Sun feature, where the free spins are unlimited and persisting wilds will bring you ever-increasing wins – until you land 11 sun symbols when the fun comes to an end. Gremlins is the kind of medium variance slot fun I could play for days.

Play n’ Go’s Ring of Odin seems like yet another Norse-themed slot on the surface, with a foreboding soundtrack, and runic symbols. But once you start landing those glowing rings and triggering some respins with the selected symbols, you start to see some decent wins. Unlike most slots, you can walk away with some serious moolah in the base game, with up to 5000x on a single spin up for grabs. And the free spins round isn’t too shabby either – especially the multiplier free spins variant.

In Heroes Hunt Megaways, new(ish) developer Fantasma Games has produced an intriguing slot built on the megaways engine and inspired by the world of dungeons and dragons. Right off the bat, you can see the Fantasma graphics department has put a lot of thought into the slot. We spin the reels in a cavern littered with gold, while symbols are made up of beautifully drawn cartoon raccoons, birds, and dragons. The game contains 3 unlockable heroes – a wizard, a warrior and an archer, each with their own unique modifiers, such as expanding wilds or respins. It’s always nice to have some choice over how you seek out those wins. In the Dragon free spins round, you get to play with all available modifiers, meaning max payouts of 26,000x.

Play n’ Go’s That’s Rich is inspired by the world of luxury holidays in exotic destinations. Since such trips are no longer an option for most of us right now, this slot is sure to have a lot of appeal. The backdrop is a view of the ocean, seen through the curtains of a posh beachfront villa, while symbols are made up of villas, yachts, handbags, and shoes, while a lady in a white cocktail dress is the wild. This glamorous wild symbol can expand to cover the entire reel on any spin in the base game, and in the free spins round – this feature is guaranteed. That’s right, every free spin will lead to a win. What’s more, an instant multiplier up to 20x may activate on the final spin. That’s Rich slot may or may not make you rich, but it sure is a fun ride.

Tron meets Blade Runner in this neon-themed Yggdrasil slot game. The neon look will probably look overused soon, but for now, it works – and Neon Rush Splitz is beautifully designed, complemented by a Synthwave soundtrack which does the job well. The symbols aren’t anything special, but since this slot makes use of Yggdrasil’s splitz mechanic, it’s a nice thrill to see them multiply in front of your eyes and deliver some decent wins – up to 500x. In terms of features, you have a combination of free spins and jackpot prizes. The free spins are pretty bog-standard, but spin 10 jackpot symbols and you will win up to 25,000x your bet.

The American Wild West continues to inspire slot developers. Nolimit City seems to have a particular taste for the genre. Last year they released Tombstone to critical acclaim, and now follow it up with Deadwood. Style-wise it’s pretty similar – the action takes place outside a saloon, and the symbols are made up of shotguns, safes, whiskey bottles, and the high-value gold bars.  Deadwood actually has a better balance than Tombstone, with more RTP dedicated to the base game rather than the bonus rounds. That makes for more entertaining gameplay – there are 576 ways to win in the base game, and hunter wilds and the Shootout feature (low paying symbols are transformed into wilds) mean a high hit rate. And yet Deadwood has plenty for the big win hunters too since the Gunslinger free spins round gives the chance to win 13,950x your stake. 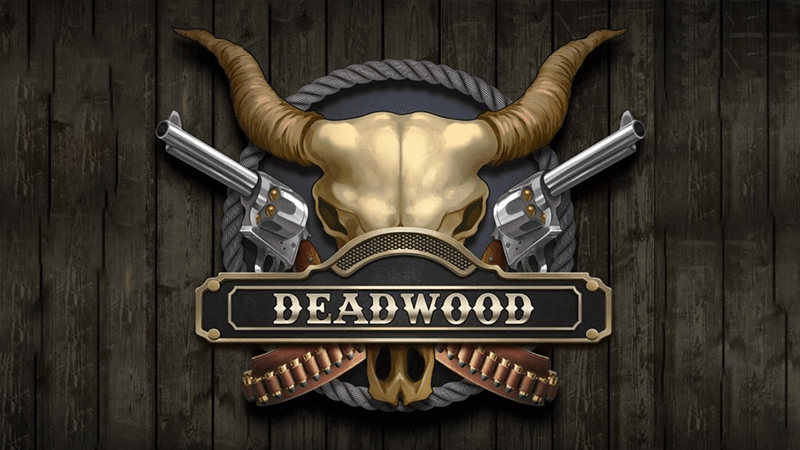 Just to prove that 80’s movie nostalgia has now fully entered the slot niche, Barcrest’s Beetlejuice Megaways brings back more memories for the 40+ crowd. This time it’s Tim Burton’s 1988 comedy-horror Beetlejuice that gets the slot treatment, and as a Megaways game, it comes with a cascade mechanic and almost 250,000 ways to win. Symbols include characters from the film, such as the headshrinker Miss Argentina, Winona Ryder’s character, and Beetlejuice himself. Three, four, or 5 scatters trigger a bonus feature with 8, 12, or 16 free spins awarded respectively. An unlimited multiplier goes up by one with each successive cascade, and this is where the greatest winning potential is found. Although Beetlejuice Megaways does not weave the movie’s storyline into the gameplay quite as cleverly as Gremlins or Sausage Party, it’s still a very entertaining slot.

Rocket Stars slot is designed by Evoplay Entertainment, and if you haven’t heard of this studio before, don’t worry – neither had we. But playing Rocket Stars suggests Evoplay could be about to go places. This slot is fun, engaging, looks great and can deliver serious wins. As the title suggests, Rocket Stars is all about space exploration. You spin the reels at a space drome to collect scatters which your little cartoon characters use to build a rocket. You need 40 of these scatters in all, and once the rocket is ready, the free spins begin. It’s a tasty feature too, where any scatter gives one additional free spin and adds an incremental multiplier to the total which is paid out at the end. We particularly enjoyed the fact that as you edge closer to the free spins during the base game, you feel like you are making progress towards an end goal. Rocket Stars is a charming title which any slot fan will love.

Nolimit City has come up with a Venice carnival-themed slot, and it is an absolute beauty. The premium symbols are made up of mask-wearing characters that you might meet at a carnival party – or an Eyes Wide Shut-style hook-up, you decide. You have people wearing moon, sun, and plague doctor masks, and an elegant lady in a red-and-black harlequin dress is the wild. She also has a key role in this slot, since her symbol triggers Nolimit City’s xNudge mechanic, as well as a Harlequin respins feature. In the base game, the Harlequin is responsible for the bulk of the big wins. She also is very active in the free spins, appearing on the first spin with a 3x multiplier, and walking to the left for each respin, increasing the multiplier by 1x for each respin, up to a maximum of 7x.

So those were our best slots for April. What were your favourite slot releases of the month? Let us know in our casino forum.