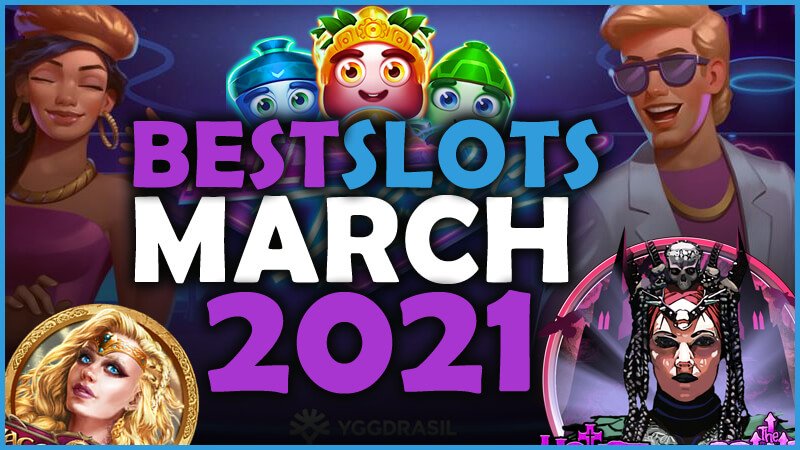 Which slots were the standouts of March? Our expert casino reviewers have studied the fun, volatility, and payouts of each of March’s new slot releases, and hand-picked the following games for your enjoyment and entertainment.

If there’s one slot theme which we don’t see enough of here at Stop & Step, it’s steampunk. Thankfully, High Five Games have stepped up to the plate and released the Spin-Vention slot. It’s a stunning looking game, with the action seeming to take place in some kind of aquarium. The 5 reels themselves come with 4 rows, although there is an additional reel above them, where on each spin, special symbols shift one notch to the left – a nice visual touch, and your eyes will be glued there as this is the most important row in terms of action. These special symbols trigger various goodies such as cash prizes, as well the two main features. The first of these features is a fun picking game bonus, and the second is a free spins round, where the special symbols land far more frequently than they do in the base game.

The Faces of Freya

The Norse Goddess Freya was in charge of beauty, love, and fertility, and Play n’ Go has certainly designed a beautiful slot in her honour. She was also the goddess of death and war, so clearly, she was a rather complex character. The Faces of Freya does its best to show all the sides to this goddess. A stunning backdrop of what looks like a waterfall in Iceland is complemented with a symbol set that includes shields, axes, and boars, with the bracelet paying out the most. There isn’t much else to look for in the base game, but there are two bonus features, the first of which is a simple free spins game, although if you trigger the war modifier, you can get a 20x multiplier. The folkvang bonus is a little better, with at least 18 free spins, and plenty of multipliers. With medium volatility and a max win of 5000x, the Faces of Freya slot is a perfect choice for those looking for a nice-looking, charming casino game.

With the release of Reel Desire, Yggdrasil has entered the disco dancefloor to fight it out with Danger! High Voltage. Can the studio enjoy as much success with this one as Big Time Gaming did? Probably not, but it’s a decent effort, nonetheless. The design is neon pink and purple, with shades, shoes, watches, a man, and a woman representing the high pay symbols, all of which rendered in that classic late 80’s look. In the base game, there are a couple of noteworthy random features – the reels can end up covered with wilds, and double wilds can give you a handy 2x multiplier. The main feature sees players choose between 2 bonuses – a sticky wilds version, and a multiplier version, where each spin sees an incremental multiplier of 1. Big win hunters will be happy to fight it out on the dancefloor for the 20,480x max win, making Reel Desire a slot for casino veterans, as well as fans of the disco genre.

Fire in the Hole xBomb

For some reason, mining-themed slots are some of the most popular around. Nolimit City has entered the market with the Fire in the Hole xBomb slot, and it’s another creative masterpiece from the studio. It’s nice to look at, with a subterranean feel, and beautifully drawn symbols which include pickaxes, sachels, and lanterns (the highest paying symbol, with a 7.5 payout for 6 of a kind). Intriguingly, the grid starts off with just 3 active rows, but the Collapsing Mine feature sees another row added with each win. The xBomb wild symbols will explode on impact, removing adjacent symbols, and increasing your multiplier by +1. The Lucky Wagon free spins are where the real money is to be made, with up to 60,000x available, and that huge payout will surely see the slot be played by the Twitch streaming community, in the hopes of triggering a mega win for the highlights reel.

Just to prove just how much of a blast the mining theme really is, Blueprint Gaming have come out with the excellent Rolling in Gold slot. An unusual 3-3-4-4-4-4 grid is filled with typical gold mining symbols, including pickaxes, jewels, bags of gold, a donkey, and a white-bearded miner. The wild is represented by some sticks of dynamite, and mystery symbols also make an appearance in the base game. Gold spins give cash prizes, and while diamond spins only come with 3 free spins, there is a hefty multiplier attached. What really makes this slot stand out is the win potential, with an amazing 50,000x on the table. As you would probably expect, the volatility on this one is sky high, but Rolling Gold is entertaining enough to see you through the long runs of dead spins.

Quickspin’s Crown of Valor slot is clearly inspired by their own Nero’s Fortune, but this semi-sequel improves upon the original. In fact, it’s one of the best slots we have seen so far this year, with our reviewers giving it 10/10. The 5 reels and 5 rows are set in a castle at night-time. It’s a spooky and impressive atmosphere, with the eagle, tiger, lion, and crown symbols giving it a slight Game of Thrones vibe. This is a cluster pays slot, so look out for those funky paylines, and Crown of Valor also makes use of tumbles (where a winning spin sees the winning symbols removed, and new ones take their place). These are collected on a meter, and after 18 of them, one of more wildfire symbols fall – if they form part of a win, you receive a +1 multiplier. In the bonus round, your task is – again – to build up a winning multiplier by producing successive tumbles – and in this feature, these don’t reset. Not only is this extremely exciting, but also bumps up that max payout potential to an impressive 15,500x. 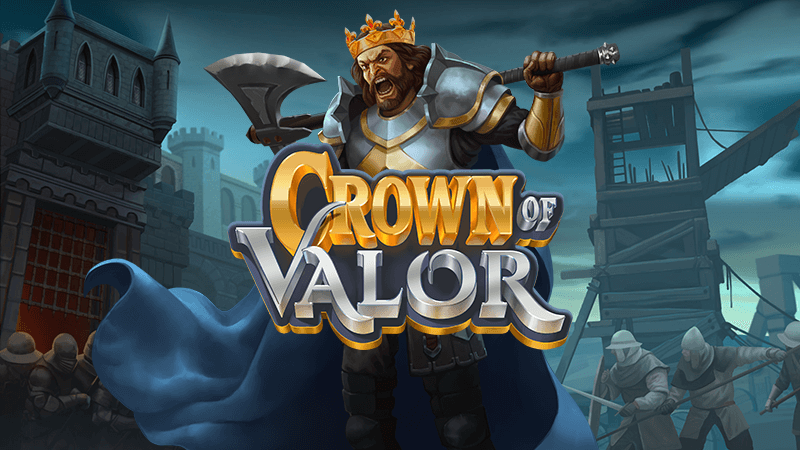 House of Doom 2 The Crypt

Play n’ Go definitely seems to be targeting the Nordic heavy metal crowd, with yet another slot based around a Swedish hard rock act. Candlemass isn’t exactly a household name in Stoke, and I wonder if they are even that well known in Stockholm. Nevertheless, Play n’ Go has decided the band deserves a sequel to their House of Doom slot, this time taking place in a terrifying crypt. Music aside, the slot is actually a lot of fun. A simple 5-reel, 3-row grid sees various knives, poisonous flowers, candles, and skulls as the symbols, as well 4 sinister female characters who act as wilds. Each of these has its own special features which trigger if they land within a spirit gate reel (these appear randomly during the base game). You can get 10x multipliers, symbols upgrades, more spirit gates, and even a combination of these features if the Spirit of Unity lands. The free spins see at least one spirit gate on each spin, and if the Spirit of Unity makes her appearance, you will be looking at a nice win. If you can stomach the heavy metal soundtrack, then House of Doom 2 The Crypt is a lot of fun.

The most cheerful slot of the month, Elemento slot from Fantasma is a cluster pays slot with an EDM soundtrack and a dashing of Reactoonz-style magic which will surely wow the streaming crowd. Elemento features a large grid of 7×7 regular symbols, as well as a border where wilds can fall. In the base game, avalanche mechanics mean that winning spins see winning symbols be removed, and you get a chance to win again. Wilds landing outside the 7×7 active grid can trigger 4 features in the base game, including wilds landing within the grid, 9 symbols of the same suit landing within the grid, the removal of low pays, and creating clusters of the same randomly chosen symbol. If you trigger all 4 of these wild features together, you get a crack at the free spins round, where multipliers of 99x are available. With an impressive 20,000x max payout, an RTP of over 96%, and a colourful look, Elemento slot is a perfect online casino game to see in the springtime.

Eight slots impressed our reviewers to award them an 8/10 or above in March 2021. This is higher than the previous 2 months, showing that slot developers have improved on their slow start to the year. Nolimit City continues to impress, as does Quickspin, with their Crown of Valor title scoring a perfect 10 from our panel of experts. Let’s hope this rich vein of form continues into April.