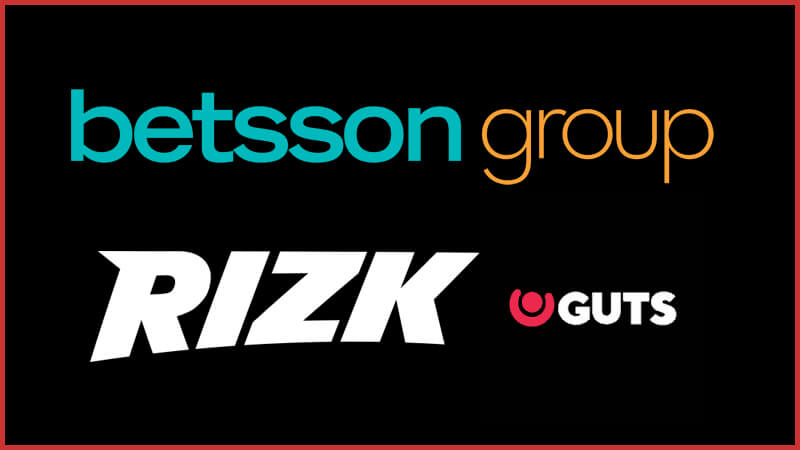 At the turn of the year, we made some gambling industry predictions for 2020.

The last of these was that there would be significant merger activity in the European casino/bookie scene as the bigger fish swallow up the smaller fry.

It seems that today we saw the opening salvo in this consolidatory phase, as Gaming Innovation Group (GiG) announced the sale of three of their casino brands to Betsson for €50 million (£41 million).

The casinos in question include the Rizk and Guts brands, both of which hold UK Gambling Commission licences, and which many UK casino fans are customers of.

This might be a good move for UK casino fans

We noticed that Rizk and Guts had withdrawn their welcome offers a few days back, which should have been a giveaway that a deal was in the works (it was either that or a GiG bankruptcy).

Betsson will likely want to push these brands to the full in the next few months, so there should be some bonus goodies for punters.

This is definitely a good move for Betsson

Just yesterday, Betsson CEO Pontus Lindwall had complained about too many operators in the Swedish market, so this deal removes another piece from the chessboard.

Plus, there is definitely the scope for cost savings here. Although no job losses have been announced as part of this move, Betsson can probably rely on the high attrition rate in the Maltese iGaming industry to absorb the new technical, support and marketing staff into their current headcount within a few months.

Betsson also acquired some interesting licences as part of the deal, especially Croatia, which is very much an untapped market.

Betsson’s shares moved up 10% on this announcement, so the stock market seems to be upbeat about it.

This is an even better deal for GiG though

GiG seems to have entirely moved away from the B2C market (i.e. taking bets from customers) to concentrate on their B2B market (selling traffic and software solutions to the casinos and bookies).

As well as getting a decent price for their brands, reducing headcount and pricey office space, GiG also managed to convince Betsson to switch their sportsbook over to GiG’s solution.

As any customer/developer who has struggled with the Betsson sportsbook will know, that can only be a good thing.

But now GiG are no longer a competitor to the other bookies, maybe we can one day see GiG’s software solution challenge the likes of SBTech and Kambi (Kambi actually started off life as a Unibet side project, so this type of move has a history of success).

The stock market was less impressed with this announcement from GiG’s perspective. After the initial excitement died down, the share price had barely made a dent in GiG’s horrible 21-month long, 90%-down bear market. 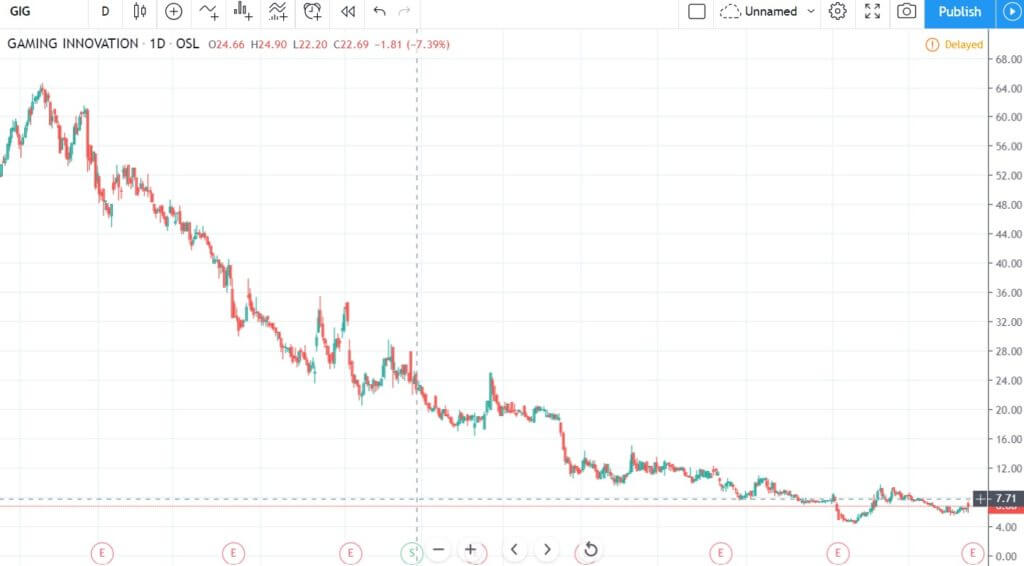 This could be a turning point for GiG though, and it might be worth shelling out a few (highly speculative) kroner on the stock (please note that Stop & Step does not give investment advice etc. etc.).

Online casinos are no longer a licence to print money

The key point to take away from this announcement is that GiG found out the hard way that running an online casino is a tough business, and it’s only getting tougher.

This fact might be hard to believe when you go through a bad run of losing money on slots. But those RTP’s of 96% leave just 4% gross profit margin for the casino.

Of that 4%, they need to share the profits with the software provider, the affiliate whose link you clicked to visit the casino, a team of support staff, a team of marketing whizzes, and a summer party off the coast of Malta to keep these teams happy.

Oh, and we haven’t even mentioned the taxes they have to pay to various governments – 15% in the UK, 18% in Sweden, and god knows how much the Germans are going to want when they finally get around to making gambling legal.

The truth is that, in 2020, there are too many small online casinos competing for the same shrinking markets, while the Swedish, German and UK governments make it more and more difficult to generate revenue.

Over the course of the rest of the year, we expect more and more of these smaller operators to get swallowed up by those who have a fighting chance of turning a profit. Or in Betsson’s case, those who have an understanding bank manager.

Now we have crossed off one of our predictions off the list, we wonder what else we might get right. We hope it isn’t going to be our prediction that £2 stakes on slots will become law, but if all the rumours are true, we fear it might be.