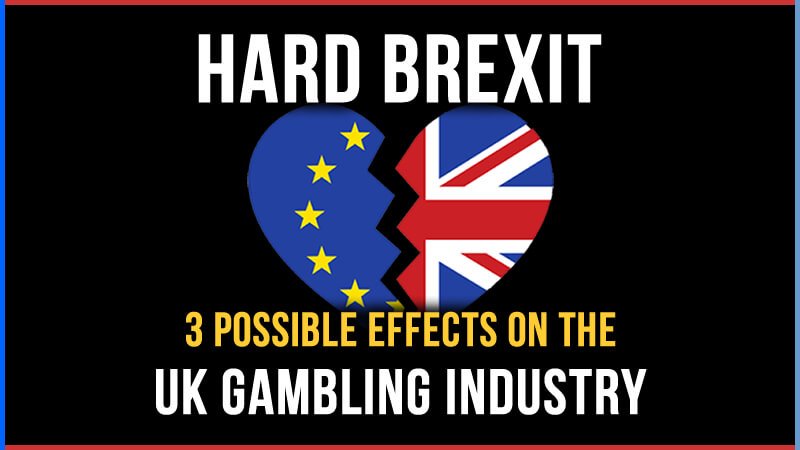 WARNING: IF YOU ARE SUFFERING FROM BREXIT-FATIGUE, PLEASE PRESS THE BACK BUTTON ON YOUR BROWSER NOW

As we progress towards Boris Johnson’s “do or die” deadline of the 31st October, Brexit continues to dominate the headlines. According to reports this week out of Berlin and London, any kind of deal is now “essentially impossible, not just now but ever”.

And yet, the legal situation states that Boris Johnson will have to request an extension from the EU by the end of October. And if he doesn’t, the Queen can send him to the Tower of London.

This is a messy and confusing situation, with the only certainty being that there won’t be any amicable exit from the EU. Realistically, it looks like Brexit will boil down to a binary choice: either Hard Brexit or Remain.

With parliament gridlocked, this thorny question will probably end up being decided by popular vote, whether that be a second referendum or a general election. How such a popular vote would go is anyone’s guess, but assuming hard Brexit is the ultimate outcome, how would it affect the gambling industry in the UK?

Our crystal ball is as murky as anyone else’s, but here are three possible consequences of a clean break from the EU.

Staffing issues speed up the closure of land-based casinos/bookies

EU nationals comprise a significant proportion of staff in the UK gambling sector. While we don’t have industry-wide data, the Rank Group has confirmed that around 25% of its London workforce hail from the European Union. In the event of a hard Brexit, these workers might not be available in the same numbers, for a couple of reasons.

Firstly, there are significant issues with the government’s Settled Status scheme which is supposed to guarantee the continued rights of EU nationals already in the UK. The uncertainty for EU nationals working in the UK is reaching boiling point, and many don’t know if they will be allowed to work in the country in the event of a hard Brexit – or even if they still want to.

Secondly, the past 3 years have shown that Brexit is bad for the British pound, and if a clean break is the eventual outcome, the GBP/EUR exchange rate is likely headed towards parity (1:1). The relative attractiveness of working in the UK will undoubtedly be reduced in that scenario (although of course this also depends on how the rest of the EU performs).

Both supply and demand issues would likely lead to a severe staffing shortage in the gambling industry in the event of a hard Brexit.

Could any staffing shortfall lead to bookies and casinos replacing EU nationals with native Brits or non-EU staff? That’s possible. But the lesson of the FOBT saga is that the large bookmaker chains prefer to close betting shops and ask questions later.

If they can’t get staff for their shops, they will just shut more shops, accelerating the closure of local betting outlets, and forcing more customers online.

The Gibraltar situation will become increasingly difficult, leading to gambling companies shifting jobs out of the territory

While Gibraltar is legally an integral part of the United Kingdom, the low-tax status of the overseas territory means it’s an attractive base for UK-facing online gambling companies. But due to its tiny size, rental prices on the Rock itself are stratospheric. Most employees opt to live on the nearby Costa del Sol and commute over the border every morning.

In a hard Brexit scenario, it’s unclear how effective this cross-border model will work, especially if there is more saber-rattling with the Spanish, who see Gibraltar as rightfully theirs. Back in 2010, the mayor of neighbouring La Linea wanted to establish a “congestion charge” on travellers commuting from Gibraltar to Spain, but this plan was ruled out because it would be in breach of EU law.

Gibraltar could no longer rely on the protection of EU laws after a hard Brexit. Spain would have free rein to cause problems at the border whenever it chose. It would likely become increasingly difficult for gambling companies to continue operating on a large scale on the territory. The industry already seems to be anticipating problems, with Bet365 shifting several hundred support and marketing staff to Malta this autumn.

Because of the tax advantages, it is unlikely that the gambling industry will ever leave Gibraltar altogether. A shoebox-sized office with a minimum quota of skeleton staff will always have a place on the Rock. But in a hard Brexit scenario, those huge, gleaming office blocks at the Europort could quickly become white elephants.

The most depressing thing about getting Brexit done is that it will never be ‘done’.

In a No-Deal Brexit scenario, the UK and the EU would come to some agreement eventually, but in the meantime, there would be months and years of rancorous disagreements, and perhaps even a few low-level economic sanctions.

One obvious low-hanging fruit for such sanctions would be the online gambling market. It would be a popular and easy move for the government to block access to EU-based sportsbook and casino websites from Britain. The UK Gambling Commission could do this by finding some spurious issues with existing licensees or even by changing the rules altogether.

For example, the UKGC could stop awarding licenses to remote gambling firms and require them to establish a physical presence in the country. That would certainly scare off the majority of smaller operators. The Czech Republic, Spain, and several other EU countries have already implemented such legislation, creating an easy template for the UK to follow.

Right now, the UK casino and sportsbook markets are the most competitive in the world precisely because they are open to dozens of remote operators who offer a safe, regulated product. If the UK decides to play hardball with EU-based firms, most of these websites would be forced out of the market.

And for the UK punter, that would be a really bad thing. Average payout rates on popular Premier League matches, and possibly certain casino games, would fall. The likes of NetEnt, Yggdrasil and Push Gaming might even block access to their games from UK IP addresses, as they do today in many highly restricted countries.

The British public might be willing to go without Spanish strawberries for Brexit – but would they give up their free spins on Starburst?

It’s highly likely that Brexit will lead to economic and social turbulence, at least in the short term – and the gambling industry won’t be spared those effects.

Whether you are employed in the industry or are a punter, and whether you are a Leaver or a Remainer, in the event of a hard Brexit, I advise you to fasten your seatbelt – this is going to be a bumpy ride.