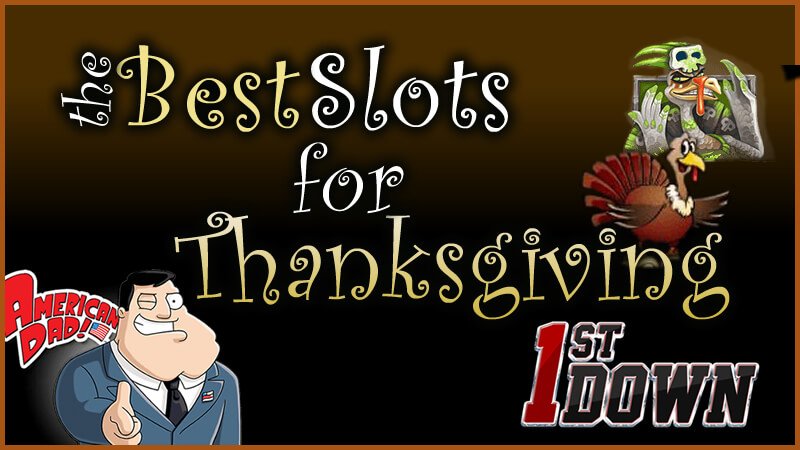 Thanksgiving is the biggest holiday in the United States and Canada – and is increasingly popular on this side of the pond too. It takes place on the fourth Thursday of November, and this year (2019) that happens to fall on the 28th of the month. Thanksgiving celebrates the 1621 feast between the pilgrim fathers and the Wampanoag people, and is traditionally a time for Americans to be home with their family, eating turkey and watching football (the American variety).

The holiday is also a time for shopping, with the day after Thanksgiving being known as ‘Black Friday’ by retailers, since that is the day when their books turn from red (loss) to black (profit). And thanks to the world of online slots, you too can join in the fun, wherever you are in the world. Here are 5 Thanksgiving-themed slots you can play to get into the spirit of the holiday.

Rival Gaming’s Gobblers Gold is the classic Thanksgiving-themed slot, and although it isn’t as readily available as it was last year, there are still a few online casinos who have kept it in their lobby. That’s just as well, because what this game lacks in cutting-edge graphics, it makes up for in excellent payouts, in the base game as well as the bonus features. Landing the same symbols across the same payline in the base game will result in some massive multipliers on your bet.

#For example, spinning 5 turkeys on 5 reels on any of the 20 pay-lines will net you an incredible 7,500 times your stake. Similarly, apples win you 50x your line bet, while corn on the cob is worth 65x your line bet. Just writing these numbers gets me hungry. The original pilgrim fathers didn’t have it easy as this, so if you find Gobblers Gold slot at your casino, you should be truly thankful. 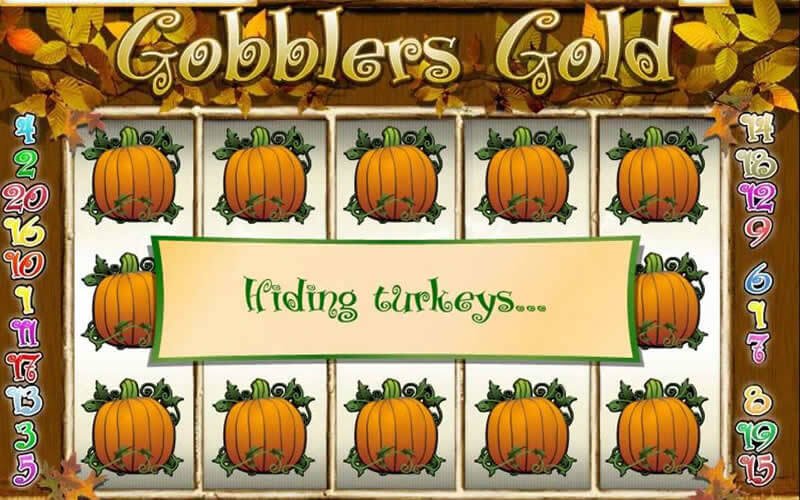 Another flightless bird-themed slot, NetEnt’s Wild Turkey has rather better graphics than Gobbler’s Gold. But this slot isn’t just pretty to look at. The backstory here is of a tribe of Aztec-inspired turkeys. These crazy birds worship Wilds as their Gods, even going so far as using a Stacked Wild as a totem to usher in greater payouts.

If that sounds nuts, it’s because it is, but the gameplay on this 5-reel, 20-line is still awesome. Three or more wilds anywhere on the reels triggers the free spin mode, where the Stacked Wilds play a key role, giving extra spins when they cover a whole reel. With an RTP of 96.6%, Wild Turkey is a high-payout game, but the mid/high variance means you need to go easy on the bet size. 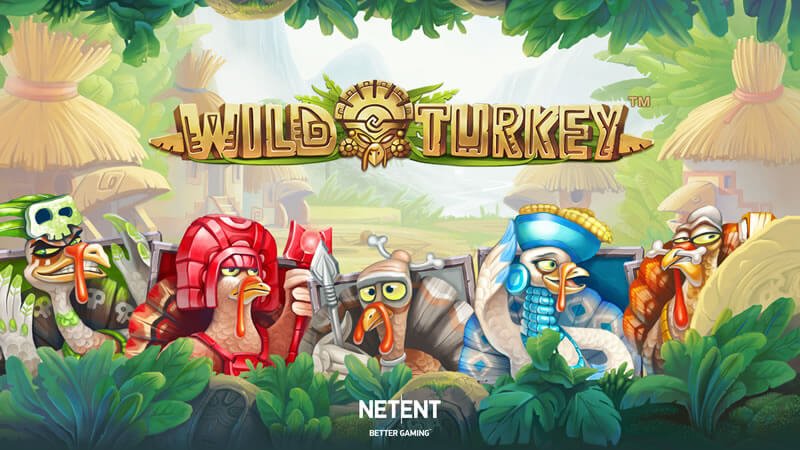 These days, online shopping means the Black Friday sales often start on Thanksgiving itself. Why not get in the mood for some retail therapy by playing the delightfully simple Gift Shop slot from Playtech? Gift Shop may have just 3 reels and only one payline, but the charming gifts which land on that line and trigger the wins and bonuses are beautiful to look at.

The symbols include roses, boxes of chocolates and teddy bears, with the diamond ring acting as the wild. Best of all, this slot has a progressive jackpot up its sleeve and can reward lucky punters with a generous sum. Gift Shop is a stunning slot with a bubblegum pink backdrop, enchanting soundtrack and is sure to be a favourite with the online shoppers in the family. 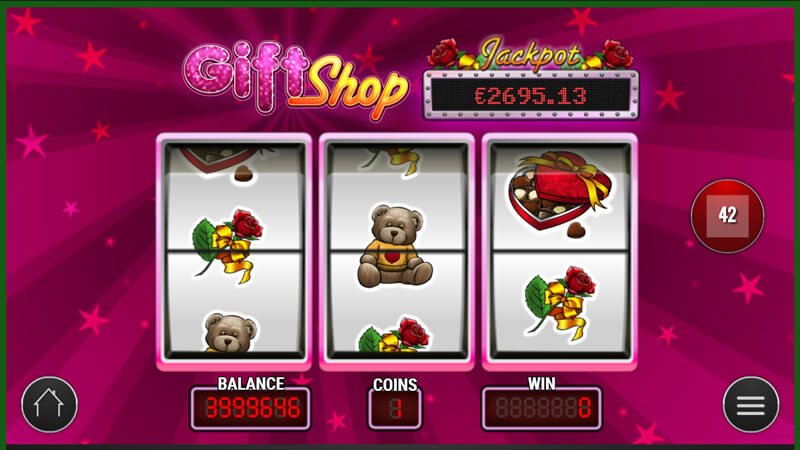 There is one profession that always goes to work on Thanksgiving, and that’s American Footballers. It’s a yearly tradition for four of the leading NFL teams to go head-to-head on the last Thursday of November. This year it’s the turn of the Dallas Cowboys, Chicago Bears, Detroit Lions, and Buffalo Bills. But you don’t have to tune in to the late-night games to enjoy some Gridiron-inspired action this Thanksgiving.

The excellent 1st Down slot game allows you to choose your own team and customize the backdrop and symbols (I always choose the Diablos). Typical symbols include the quarterback, helmet and of course the ball, while the bonus is also NFL-inspired. This feature is triggered by landing 5 or more gold coins anywhere across the reels. And what a feature it is, as a virtual American football game is played in front of your eyes, and if your chosen team scores a touchdown, you win 6x the value of those gold coins. I wish all sports-inspired slot games were as well-thought-out as 1st Down. 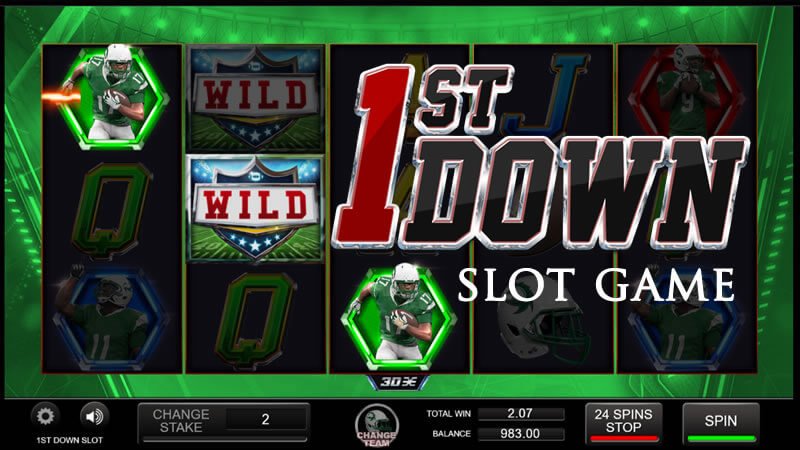 American Dad is a TV cartoon comedy chronicling the lives of right-wing CIA agent Stan Smith and the rest of his family, including his swinging wife Francine, hippy daughter Hayley and dorky son Steve. Oh – and they also have an alien living with them, who goes by the name of Roger. One of the show’s best episodes is ‘There Will be Bad Blood’, where Stan visits Rusty, his native American half-brother at Thanksgiving, only to discover that Rusty is significantly wealthier than he is – which upsets Stan greatly.

The satirical humour and overall vibe of the American Dad show is perfectly captured in the Playtech slot of the same name, with several features based around the dynamics of the Smith family. Landing bonus symbols on reels 1 and 3 will unlock American Dad-themed respins, such as Stacking Stans, Rogers’ Random Wilds and Francine’s Holy Grail. Playtech’s American Dad slot has low-variance and an RTP of 96.10% RTP, which makes it perfect for fans of the show to play on Thanksgiving, as well as anyone looking for a relaxing evening of slot fun. 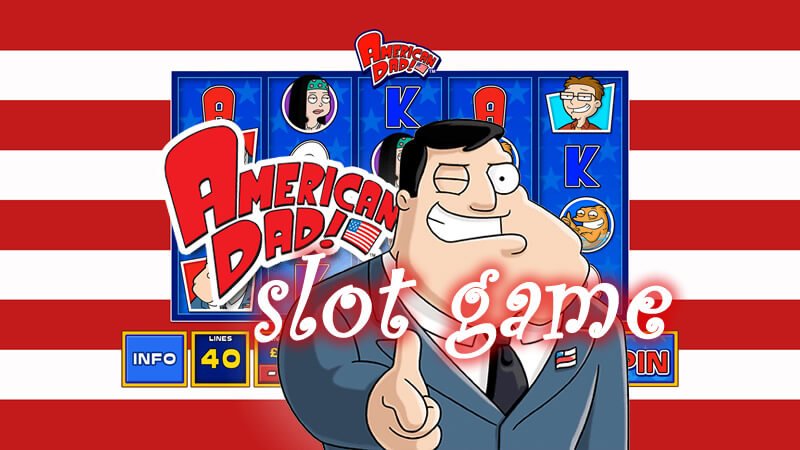 Why not celebrate Thanksgiving in style this year with some roast turkey, cranberry sauce, roast potatoes and stuffing?

Wait, we already do that for Christmas, don’t we?

Probably best to stick to these 5 Thanksgiving-themed slot games in that case.