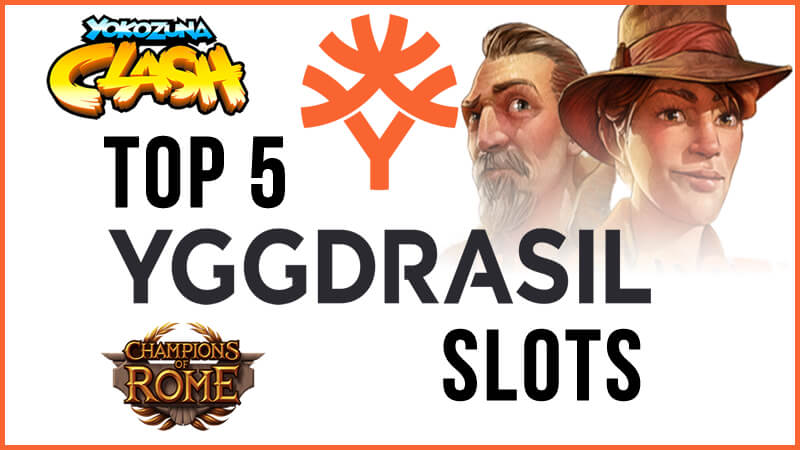 The best slots from Yggdrasil

In Norse mythology, Yggdrasil is the tree of life, representing the cycle of birth, growth, death, and rebirth. In 2013, a new slot developer was born in Malta, and it too chose Yggdrasil as its name, annoying copywriters everywhere. We couldn’t have known it at the time, but Yggdrasil would go on to create some of the finest slot games of the last half-decade. The developers at the studio have successfully integrated video game mechanics into traditional slot play, leading to engrossing gameplay and titles that are hard to put down. Here are the 5 of the best Yggdrasil slot games, as rated by our expert reviewers.

Yokozuna Clash has a sumo-wrestler theme, and it reminded me a little of the classic fighter video games of the ‘90s. Indeed, Yggdrasil really pushes the video game mechanics in this slot, especially when it comes to the bonus rounds. As is always the case, Yokozuna Clash is beautifully designed, with a backdrop of a stadium, a couple of Sumo wrestlers, and a 5×3 grid with symbols including dragons, turtles and what looks like Godzilla. When you trigger the free spins, this is where the video game vibe comes in, as the two Sumo wrestlers (Hari and Daisuke) try to force each other off the mat. It’s a lot of fun, and as a medium variance slot, Yokozuna Clash is ideal for some relaxed gaming.

As the name suggests, this slot is inspired by Indiana Jones, and the graphics certainly evoke memories of those exciting adventures, with airplanes, safari hats, and missing treasure all featuring. But Jackpot Raiders isn’t just about looks. This is an attempt by Yggdrasil to push the envelope in slot gameplay. There are four features on offer, one of which is a set of jackpot prizes, which itself has 3 different levels, with a chance to win up to 10,000 coins. And then there is the Treasure Hunt bonus game, where you can actually choose your variance level: Safe, Risky and Very Risky. Is the huge amount of options on Jackpot Raiders all rather complicated? Yeah, it is a bit. But Jackpot Raiders has so many things to discover that you might find yourself playing this slot for hours just to get to grips with it. A truly engrossing experience and we hope Yggdrasil continues to be bold and push the boundaries.

The original Trolls Bridge was released in 2017 and charmed the slot playing public with its fun theme, charming troll characters, and decent payouts. Yggdrasil updated the title in the summer of 2019, and Trolls Bridge 2 is a much darker game visually. This time around, the trolls look more like orcs, although as usual for this studio, the graphics are beautifully done. It does keep much of the same gameplay but adds several new options for slot fans. The best of these is the Golden Bet feature where you can choose to increase your stake on any spin in return for an additional feature pick when you trigger the free spins bonus. Trolls Bridge 2 has an RTP of 96.1%, but you can actually bump this up to 96.7% by selecting the Golden Bet feature. Nice.

The theme of Sahara Nights seems to be a mix of Prince of Persia and Aladdin. Whatever it is, it works well. This delightful game has a beautiful girl, a handsome hero and some slightly scary-looking chap as symbols, as well as goblets and daggers, while a Middle eastern riff plays in the background. Sahara Nights is very relaxing to play, and while the medium variance won’t appeal to the high rollers, this slot is a great way to start the evening. This isn’t as complex as other Yggdrasil slots, with only one feature to play – the free spins bonus, but the payouts here are certainly worthwhile. 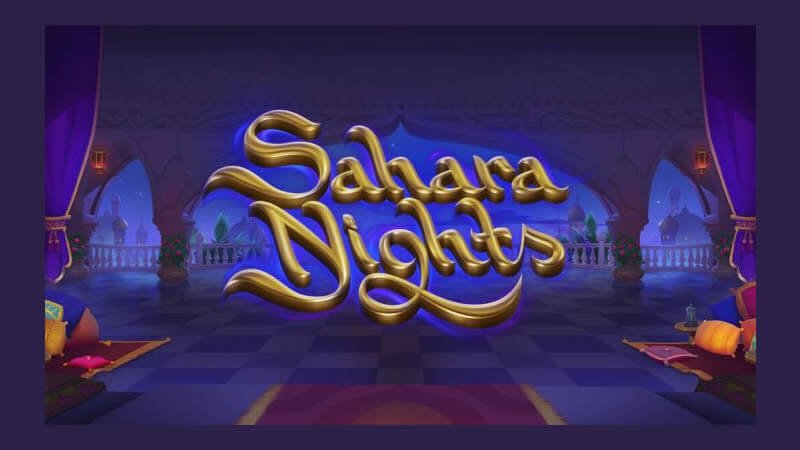 The Roman Gladiator theme is popular among slot fans, and Yggdrasil’s effort is one of the best out there. Champions of Rome is a 5-reel game set on a backdrop of the Roman Coliseum, with symbols including coins, bulls, lions and various warriors. It looks sublime, and the stirring music certainly puts you in the mood for some slot-to-slot combat. Like many Yggdrasil games, the Champions of Rome bonus features give you several options to choose from, depending on how lucky you feel. Chief amongst these is the free spins mode, where you can opt for a training mode (which is very standard) or the deathmatch mode which includes 3 levels, each with a 450-coin win target. This free spin feature can also be bought while still in the base game, which I really appreciated.

Here at Stopandstep, we always eagerly look forward to any new Yggdrasil release. The gameplay is usually awesome, and the graphics are guaranteed to be top drawer. In fact, there are plenty of other Yggdrasil slots that came close to breaking into our top 5, the recent Tesla’s Incredible Machine being a great example. If you like your slots with plenty of features and enough options to make you feel in control, then Yggdrasil is certainly a studio to keep an eye on. And these 5 slots are the perfect way to get started.