What Is Deal Or No Deal Live?

Deal Or No Deal Live is a brand new game from Evolution Gaming which, as you can probably imagine, is based on the hugely successful TV show Deal Or No Deal. Originally created in the U.K. hosted by Noel Edmund, the show was such a big hit that it soon branched out into other countries. It’s little wonder then that Evolution Gaming decided to create their own version of it for players to experience the fun themselves and hopefully win some big money. 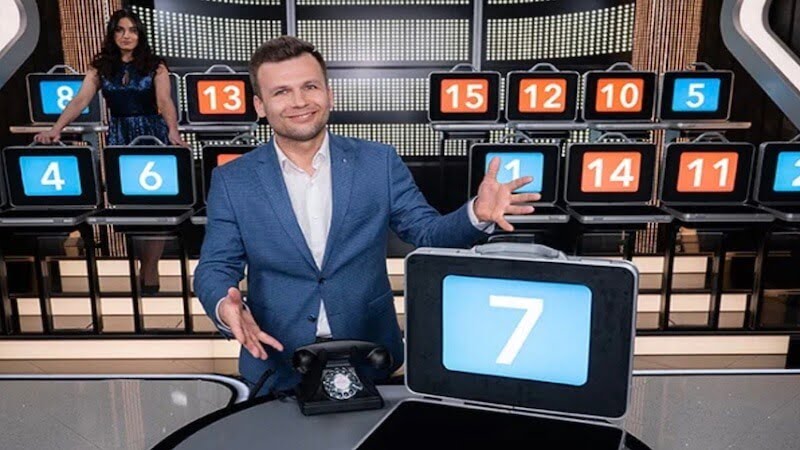 How To Play Deal Or No Deal Live

Deal Or No Deal Live works in a very similar way to the show on which it is based, which is exactly what players want. That is, once you get to the live show. First, you have to qualify. In order to do this, you must spin a layered bank lock which is generated at random. Connect all 3 layers to unlock it. Every spin on this round sets the money in the biggest prize briefcase by 75x-500x. Now that you’ve unlocked the vault, you qualify for the live round. Before you get there though, you can play the prize top-up round whereby random multipliers of 5x-50x will increase the prize money in one or more of the briefcases of your choice. This is done by spinning a wheel and the amount shown on where it lands will top up your box. This round is especially important because you can accumulate a large amount of money for your box here.

Deal Or No Deal Live Bonus Round

Now we finally get to the exciting part, the part everyone is playing for. As I said, it works in a similar way to the TV show although there are some key differences. You’ll be presented with 16 numbers, 8 on the left and 8 on the right. The ones on the left, the blue ones, are the lower value boxes, and the ones on the right, the red ones, are the higher value boxes. To start off, the glamorous assistant will open 3 boxes at once, different to the show of course where one box is opened after a 10 minute chat to the person behind it. A deal for your box will then be immediately presented to you and you have a brief window to decide whether to take the offer or not. Choose deal, and the bonus ends with the offer being awarded to you. Choose no deal and you’ll keep on playing. The assistant will once again open more boxes, but this time 4 at the same time. Another offer will be presented and you must make a decision. Keep on going like this until your box is finally revealed and that is what you’ll be taking home, good or bad. 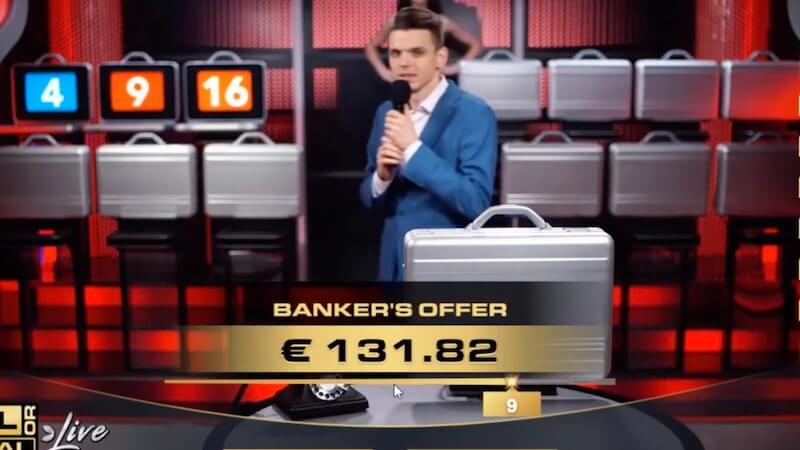 Is Deal Or No Deal Live Any Good?

Honestly, this is one of their most exciting games in my opinion. I really like how Evolution Gaming have stayed true to the original show, obviously making it a bit quicker so more rounds are available to players. Being able to get a high value box on your own with some popups make the game more enjoyable, and having just a short window to accept a deal means you have to make a decision fast. I’m not a huge fan on the qualifying game where you try to unlock the vault as it can get pretty boring, but it’s a change from the big wheel used on some of their other games like Monopoly Live which I think is a good thing. All in all, this is a very fun game that can certainly get expensive, but has the potential to help you win some massive rewards. Just don’t be too crazy and take a good deal when you get one. You can use the sign-up link below to start playing now. You can also see some of Evolution Gaming’s other games here. 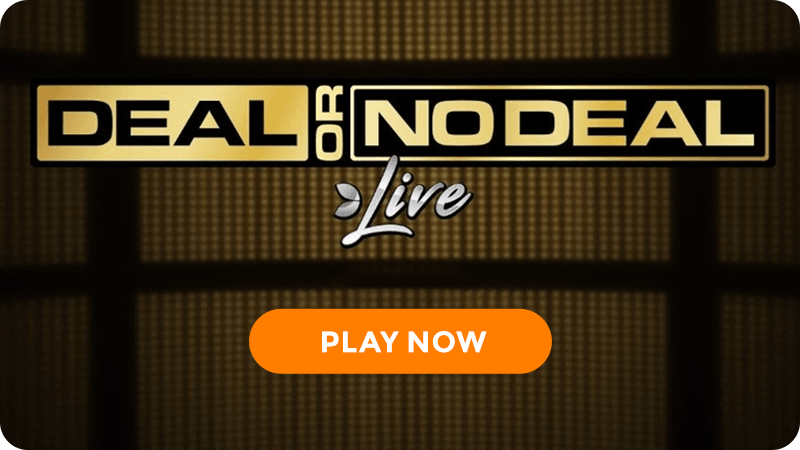