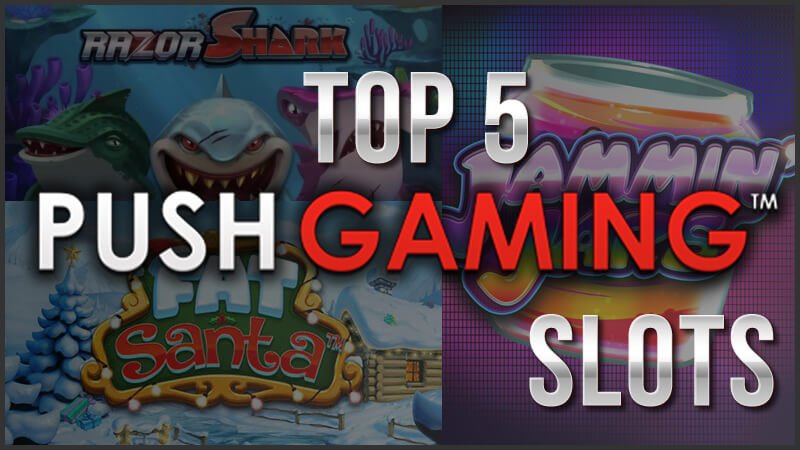 Push Gaming started off life in 2010 – so are relatively new compared to the big slots developers. But since then the wizards at this studio have carved out a niche as the leading developers of mobile-friendly HTML5 games. When you fire up a Push Gaming title on your smartphone, you know it will work as smoothly as on your desktop, and there won’t be any annoying Install Flash Now messages getting in the way. The slot games themselves are pretty fun too and the typically high variance leaves plenty of scope for some epic wins. Here’s 5 of the best.

Razor Shark
Just when you thought it was safe to go back in the water, along comes Razor Shark, an underwater-themed slot with plenty of bite. Like all Push Gaming titles, you come for the beautiful graphics and stay for the engrossing gameplay, and the randomly triggered shark bonus gives unlimited free spins with ever-increasing multipliers. Razor Shark is an ultra-high variance slot which offers some potentially very big wins – but of course, the flip side to that is long stretches with not much action. And yet, Razor Shark is so nicely done that I have never enjoyed so many dead spins quite so much as I did here. The knowledge that a huge winner could be just around the corner means there is never a dull moment. Oh yeah – the grinning Great White symbol offers the highest value in the base game, and it looks TERRIFYING.

Shadow Order
Push Gaming seems to specialise in high-variance slots which are hard to put down, and the mysterious Shadow Order slot is no exception. Plenty of free spins with increasing multipliers and high-value symbols give Shadow Order an impressive of RTP 96.73% – and it’s a ton of fun to play. Once again, this slot has beautiful graphics, but as we found in our review, it would have been nice to have a bit of backstory to the mysterious Shadow Order. This one could have been a cross between the Da Vinci Code and X-Men, and I hope Push Gaming explores the truth about the sinister Shadow Order in more depth in later titles.

Fat Santa
Fat Santa has an advent calendar-esque 5×5 grid, with plenty of free spin bonuses. The Santa’s Sleigh feature triggers randomly and often, leaving Christmas Pie symbols as sticky wilds which help you get more wins. Like all Push Gaming titles, Fat Santa looks simply divine. The colours, symbols and overall theme certainly bring out the Christmas feeling in me – and I write this on a balmy September afternoon in Malta. I am also glad this slot works so well on my smartphone, as I intend to play it extensively at boring Christmas parties. More of this, please. 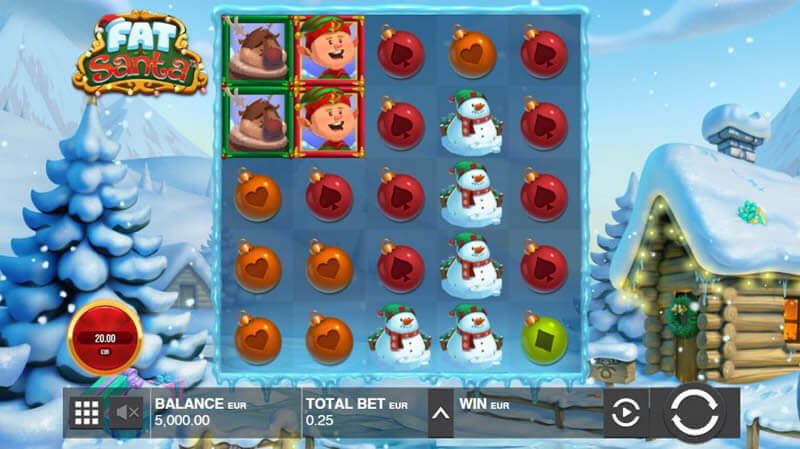 Jammin’ Jars
If you like funky disco music, then Jammin’ Jars surely has the best soundtrack of any slot out there. The neon purple colour scheme is also delightful, while the actual gameplay doesn’t disappoint either. A fairly unique 8×8 grid sees pieces of fruit cascade down the screen, while the jar acts as the wild, carrying the potential for increasing multipliers. If 3 or more of these Jam Jars appear anywhere on the grid, the free games feature is triggered. While we have seen the game mechanics of Jammin’ Jars before, we haven’t seen it done in such a beautiful and uplifting way. 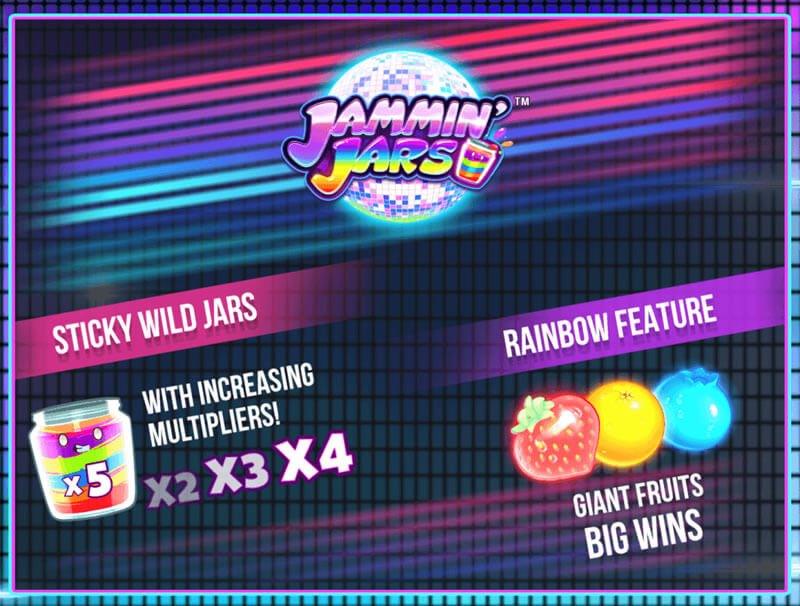 Wild Swarm
In this Push Gaming title, you are invited to a peaceful, enchanted forest to watch bees go about their work. But this time, the cute little critters are not producing honey, but trying their hardest to get you some big wins on a 5-reel, 20-payline slot game. The music impels you to spin those reels and trigger the various bonus features, such as the Swarm Mode free spins. Wild Swarm is a medium variance slot, so is a good choice when you are in the mood for frequent, small wins. With an RTP of 97.03%, you certainly won’t get stung playing Wild Swarm. 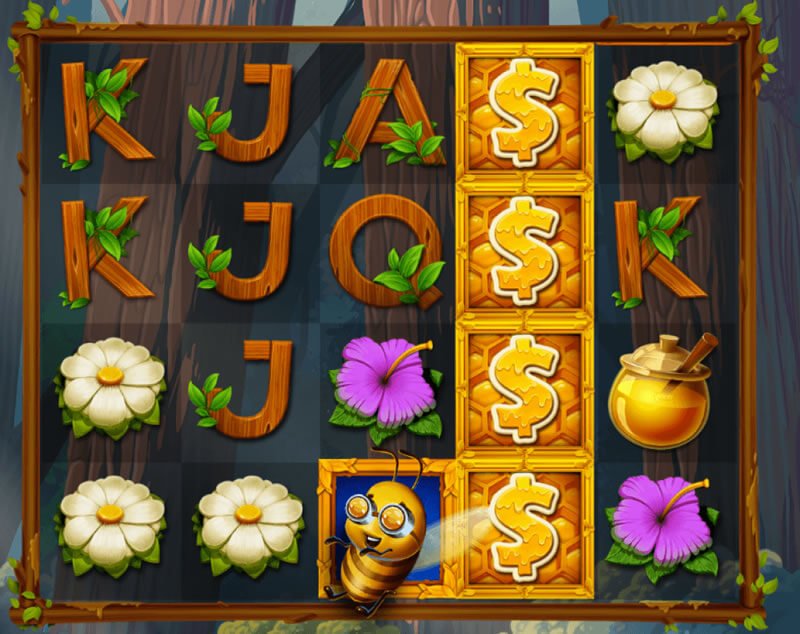 Push Gaming slots are beautiful to look at, load with minimal fuss on every device, and all of them offer some interesting gameplay. I look forward to seeing what this studio comes out with next.