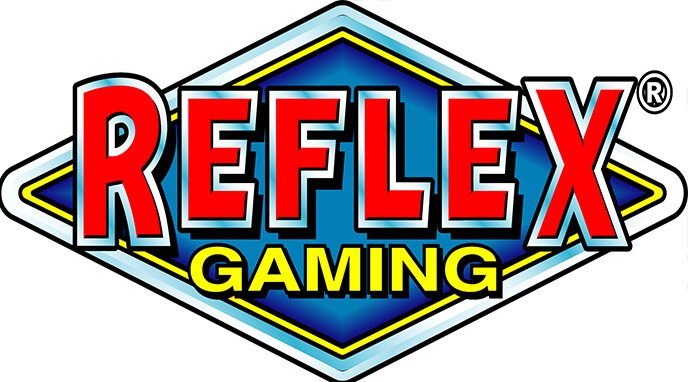 Reflex Gaming is the largest independent manufacturer of gaming machines in the UK, supplying 50% of the market with 6,000 fruit machines a year! They were established in 2004 by Quentin Scott and Simon Dewson and, by 2015, were ranked 45th in the Annual Sunday Times Hiscox Tech Track 100 which reports the fastest growing independent tech companies in the UK. Based in Newark, they have recently relocated to a £1.5 million multi-purpose manufacturing facility.

Since the beginning, Reflex Gaming has focused on three types of gaming machine; pub machines, club machines and arcade and bingo machines. They now create games to operate in a multi-platform environment, developing a profile of their most popular games for use on mobile devices including Android and iOS. Their Pub Fruits app allows users to

play many of their favourite fruit machines from a single app and has been described as the most popular social gaming app of its kind.

Reflex Gaming are probably best known for their Category C games (£100 jackpots) such as Alice’s Wonderland and Lady Luck, Top O’ the Jackpot. Alice’s Wonderland in particular has increased Reflex Gaming’s profile and in 2013, won the company the group award for best AWP (Amusement With Prizes) from the Independent Operators Association. This game allows a minimum stake of just 25p to £1 and allows the player to make deals with the Hatter to win big money. Like the majority of their games, Alice’s Wonderland has a progressive style and a take it or leave it bonus round. Similarly, in Lady Luck, Top O’ the Jackpot players can collect lucky toadstools and pots of gold for its 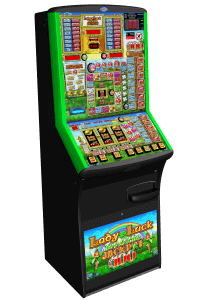 take it or leave it and mega shots features. These games are typical of the Reflex Gaming style and the majority of new releases are consistent, making play on any of their games straight forward and immediately entertaining. Their fruit machines also boast attractive graphics and innovative ideas such as the Infinity Tunnel effect found in Blow the Bank. Finally, their games cover a variety of themes and have entertaining and catchy names, with favourites such as Chilli Con Carnage and Maid of Money, all of which can be found on £100 jackpots.

As well as their award for the best AWP, Reflex Gaming also won an award for making a significant contribution to the industry through manufacturing in the same year. Their rapid growth and commitment to making high quality games means that players are likely to see more and more of these fruit machines as the company expands. Adding to their popularity, they have also increased the jackpot of many of their games to £100 plus one repeat chance, making them even more appealing for those after the big win! Fully licensed and regulated by the UK Gambling Commission, Reflex Gaming are a good choice for those looking for consistent and entertaining game play.