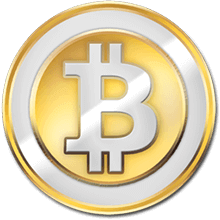 Bitcoin is the first global, decentralized currency. It was invented by Satoshi Nakamoto who published his idea in 2008 and released the software in 2009. Since then, this global currency has expanded and, in February 2015, the number of merchants accepting Bitcoins passed 100,000. This digital method of payment allows individuals to pay other users directly, without use of a central authority that monitors transactions.

The fact that Bitcoin is ‘decentralized’ means that no-one owns or controls the software. Instead the software is open-source meaning that anybody can access and alter the code, changing aspects of it. Simply put, the software is designed by the users, for the users.

As Bitcoin does not have a central authority to monitor payments, it makes use of miners to verify transactions. These miners are Bitcoin users who are rewarded with newly generated Bitcoins for approving transactions and recording them in the transparent public ledger, called the block chain. This is a record of all Bitcoin transactions and can be viewed by anyone.

The way that Bitcoin is run provides many advantages:

As noted, Bitcoin is easy to set up and use and can be broken down into three simple steps:

The units of Bitcoin are bitcoins (BTC). These are currently worth £306. It is also possible to get millibitcoins (mBTC) worth one thousandth of a bitcoin, microbitcoins (μBTC), also referred to as a ‘bit’, worth one millionth and a satoshi, the smallest unit, worth one hundred millionth.

Choosing your Bitcoin wallet is important in keeping your funds safe and easily accessible. 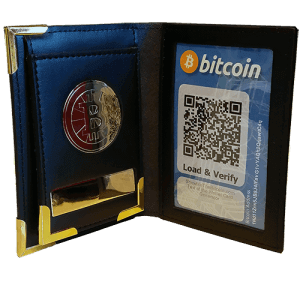 Online wallets are arguably the easiest to set up and has the added convenience of being accessible from anywhere. However, storing your digital keys online comes with a potential risk of giving control of your bitcoins to the organization and allowing them to be susceptible to security breaches of the website.

Desktop wallets are software programs that you can download onto your computer that store your digital keys for Bitcoin transactions. Because the information is not stored online, these wallets offer more security than online wallets but are more difficult to set up. There are many options for desktop wallets including MultiBit, Hive, Bitcoin core, Amory and Bitcoin Qt. Some, such as Dark Wallet, also focus on increasing anonymity by coin mixing.

Mobile wallets run with the use of smartphone apps that have the added benefit of allowing customers to pay directly with their phones for offline purchases. Some wallets also make use of near field communication, allowing you to simply tap your phone against a reader to transfer bitcoins for your purchases. Unlike online wallets, mobile wallets are not full Bitcoin clients. This means that, because of the limited storage of a mobile phone, the wallet will download only a small section of the block chain to verify transactions. Examples of mobile wallets include Bitcoin Wallet, Mycelium, Xapo and Aegis Bitcoin Wallet that can even be used on your Android smartwatch.

Trezor and Ledger USB are both examples of hardware wallets but there are currently relatively few options for this kind of Bitcoin wallet. Despite this, these wallets are a more secure way to electronically store your digital keys as there is no need for a third party storage service.

These are the most secure way to store large quantities of Bitcoins as your private keys are not digitally stored anywhere meaning that there is no risk of cyber attack or loss due to hardware failure. Instead, paper wallet services will create an image containing two QR codes with the information of your public address for sending and receiving Bitcoins and your private key.

There are a number of ways that you can increase the security of your Bitcoin wallets. This is important as if a private code is lost, there will be no way to access your Bitcoins.

Adding passwords to your wallets can make your Bitcoins more secure. However, this cannot protect against key logging hardware that may allow thieves to access your passwords.

This allows you to request that multiple independent signatures are required to verify a transaction. This can be a friend, a partner or even simply a second device that you own.

Regularly backing up your wallet can help to protect against losing your private key through loss of devices or hardware failures.