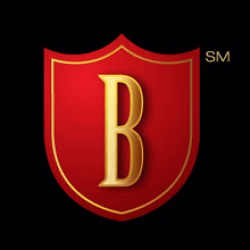 Everyone makes a mistake sometimes, you just have to hope that the consequences aren’t too severe. Well for one man, American Mike as he’s known, he made a mistake that he very quickly came to regret and for very good reason as we’ll soon see.

At the Bicycle Casino in Los Angeles, a live stream is taking place of what starts out as a fairly standard game of poker. Everything’s going as you’d expect, and then suddenly American Mike decided to place a whopping bet of $10,300 on the river into a pot of just $900. You’re probably thinking that he must have a great hand to risk so much money, but even then the tactics are questionable because if you really do have so much faith the round is yours, you’re going to want to encourage others to place bets so you can win a larger amount. Mike though only had an Ace high and a pair on the board, hardly a $10,300 hand. And unfortunately for him Ryan Feldman, a professional poker player, made a snapcall, obviously seeing through his bluff. That’s when things start to get a bit hectic because American Mike is not happy.

To start, he tried to take his money back and claims the whole bet was a joke. Naturally, Ryan isn’t having any of it and quite frankly I don’t blame him. If you’re playing a serious game of poker, you should take serious bets. There’s a bit of an argument, and poor Mike starts to sob for the next 5-10 minutes clearly regretting the decision he’s made.

In the end, the floor eventually ruled that the bet has to stand, and Feldman then had to decide whether he would take the money from his fellow player or be very kind and let him take the bet back. What do you think he did? Of course he took his money.

You can watch the live stream here recorded by LiveAtTheBike:

This is a pretty funny story to come out of what was otherwise a very normal game of poker, and I’m sure there’s a lesson to be learned here. If you’re playing with that kind of money and mixing with the pro’s in a well-respected game like poker, you better take things seriously or you could end up in a lot of trouble. American Mike had to find this out the hard way, and from the looks of it, he lost a little more than he could afford to just throw away. But I completely agree with the floors decision to let the bet stand. It’s impossible to know, but I think there’s a pretty good chance that Mike would have taken the pot had no-one called. The one positive thing to take here though is that he certainly won’t be making any more bets like that again, and hopefully you won’t either.