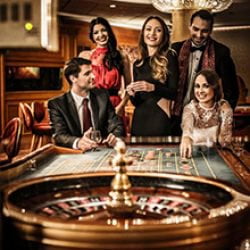 The Gambling History of Monte Carlo

Internationaly famous for its Casino, the Formula One Gand Prix, land and water activities and luxury hotels, Monte Carlo is a magnet for the rich and famous.

A district of the principality of Monaco, which is situated in the enviable position between the enchanting French medieval villages and ski resorts of the French Alps, and the Mediterranean Sea. Located along the French Riviera on the west and the Italian Riviera on the east, France is just fifteen miles away; close to the art culture and museums of Nice and stones throw from the glamorous shopping boulevards of Cannes, with its annual film festival.

Monte Carlo may be a playground for the rich and famous, but others of a lower status can still enjoy all of its benefits and what it has to offer. Though the best way to reach Monaco may be in an Austin Martin speeding along the hairpin bends as 007 in Golden Eye, there are other means.

The Nice-Cote of Azur Interntional airport is only a thirty minute drive, or why not experience the thrill of breath taking views with a ten minute helicopter ride from Heli-Air Monte Carlo? Trains run frequently on the Marsielle to Nice line, and arriving at Monte Carlo railway station is an experience in itself, with the impressive station resembling something akin to a Pharaohs Tomb.

A home and host to royalty, Monte Carlo was created in 1863 and named in honour of Prince Charles III. Both a Sovereign and independent state, the Principality of Monaco has been ruled by the Grimaldi family since 1297. With a surface area of 485 acres, of which one hundred were recovered from the sea, Monaco is a country with a population of 32,000 and a constitutional monarchy ruled by Prince Albert II; Monte Carlo itself is a district within it. One commune, Monaco, divided into four different areas, yet just three miles long and one and a half wide! It is the second smallest country in the world after Vatican City. To put it in to perspective, it is about the size of New York’s central park, and for the average person, a walk around the whole area should take no more than an hour.

The size of Monaco means nowhere is actually far, but walking in the principality is facilitated by public lifts and escalators which operate all day every day, 24 hours to help overcome the different altitude levels, while bus shuttles cover five different routes.

There is a great deal to do for surprisingly almost nothing. Shuttle buses cost a mere pound, enabling a visitor to experience the many wonderful sights and opulent surroundings, and it costs nothing to look. The beautiful palace -with Prince Albert in residence in the old city is a must see, while the impressive cathedral (where Princess Grace, the film star who married Prince Rainier and the mother of Prince Albert 11 in the 1950’s’s is buried) dominates the town and is not easily missed.

The steep centre of Monte Carlo is full of greenery and beautiful gardens with interesting little side streets which invite to take a wonder through and browse at leisure, or perhaps just wait around the Opera House and/or the Casino to spot someone rich and famous. It will not take long!

Econmic development was boosted in the late 19th century with the opeinng of the countrys first cassino – Monte Carlo, and a railway line connecting directly to Paris. The mild year round climate, stunning scenery and of course the gambling facilities have all contributed to its popularity as a gambling resort and tourist destination. But Monaco is a tax haven and a major banking centre, with no income tax and low business taxes.

Officially named the ‘Casino de Monte Carlo,’ the Monte Carlo casino is a gambling entertainment complex, which includes the casino itself, the Grand Theatre of Monte Carlo and the Les Ballets de Monte Carlo, a classical ballet company. The casino is owned and operated by the Societie des bains de mer de Monaco, a public company in which the government of Monaco and the ruling family have a majority interest. It also owns the major hotels, sports clubs and night clubs.

Originating from an idea by Princess Caroline in the mid 1800’s, the revenue was supposed to save the ruling family from bankruptcy, and over the years it has been transformed and expanded. In 1873, Joseph Jagger propelled it into the public eye with much needed publicity by ‘breaking the bank of Monte Carlo’ by discovering and capitalising on a bias in one of the roulette wheels. Technically the ‘bank’ was the money kept on the roulette table by the croupier. (Both a song and a movie were made of this event).

The casino has facilities to play a variety of games, which include several kinds of roulette, blackjack, stud poker, trente et quarante, craps, baccaret, video poker and slot machines.

Trent et Quarante orignates from 17th century France  is played with cards and a special table. A simple game that usually gives the player an expected return of 98%. Though rarely found in US casinos, it is still popular in France, Italy and much of Europe.

The casino location was used in the filming of Oceans Twelve in 2004, and in a number of James Bond films including Never Say Never Again and Golden Eye.

Until fairly recently the revenue from the casino was Monaco’s main economy, but now the income for the government is largely from its VAT, the value added tax on its goods and services.

There are five casinos in the Monte Carlo entertainment complex.

The most prestigious (probably in the world) is of course the Casino of Monte Carlo. Opening hours are from 2pm, with an entrance fee of ten euros. Appropriate dress code is required, with a jacket compulsory in the gaming rooms. It has a distinctive Beaux art style architecture and elegance which incorporates French neoclassic, Italian Renaissance and Gothic design, which add to its grandeur. 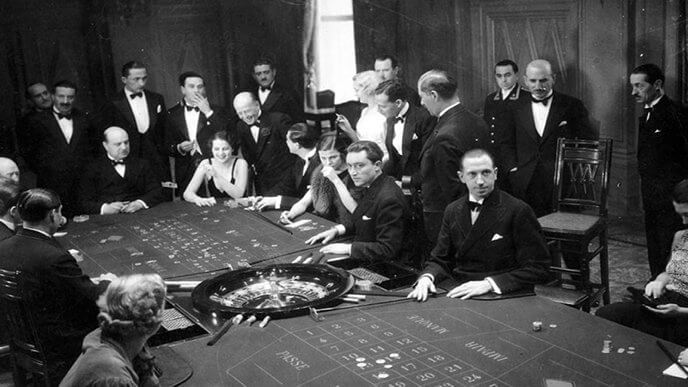 The Cassino Cafe de Paris is different in the extreme. A futuristic science fiction style with a myriad of coloured lights throughout, which change accordingly. Open from 10am daily, there is no dress code and no entrance fee.

The Sun Casino has all of the latest American games and a ‘party’ atmosphere, with no entrance fee or dress code, it also has a restaurant open in the evenings and a small stage in the gaming rooms giving it a ‘Vegas’ style image, with live entertainment at weekends.

The Monte Carlo Bay Casino has 145 slot machines and a minimum bet of just one cent . Hours of opening are from 2pm until 2 am, with no dress code or entrance fee. There is a children’s club and a lagoon with Jacuzzi and swimming pool, making this a resort and not just a casino.

The La Rascasse resort with its bar and gaming area has slot machines throughout the complex, including the terrace and is situated nearest to the Grand Prix and Formula One circuit.

The citizens of Monaco are not allowed to enter the casinos, which are intended for foreigners, and ID must verify they are not Monaco residents.

Who could have predicted how successful a venture the idea for a Casino in the early 1850’s could have been. Certainly not the people, who were of the general opinion it would be a resounding failure. Due in part to the lack of transportation to the area, with no major road or transport links to the rest of Europe, and no accommodation for those who did come.

Combined with a lack of knowledge of the business and entertainment industry, and beset with financial problems, it failed to live up to its expectations, unable to attract visitors and make a profit, the owners were forced to sell, but Princess Caroline did not give up so easily and believed in her idea. Unable to raise the money to operate the money losing enterprise, her son Charles, the future Prince hired a group of Frenchmen to expand on the casino with the intention of a gaming complex and resort. Moved several times to its present location, things did begin to improve, but lacking the ability of management on a grand scale, a change was needed. Eventually with the never ending dogmatic belief and insistence of Princess Caroline, in 1863, Francois Blanc – a French entrepreneur and already a casino operator of the Bad Homburg Casino in Germany – took over the running of the business and formed a company to mange and oversee the entire proceedings.

In many ways mirroring the early beginnings of that of Las Vegas (which also suffered from financial difficulties, lack of attractions and little transport access and avalability), in the right hands the Monte Carlo project became the profitable revenue and prestigious complex it is today.

Though synonymous with high living and rich and famous clientele, there is something here for all . To spend or not to spend, to be a part of the glitz and glamour. People watching and window shopping is enough for many. From the sumptuous elegance of the Monte Carlo Casino, to the more relaxed and informal hotel resorts and attractions, all have the luxurious quality combined with that air of refinement that defines Monte Carlo and Monaco.