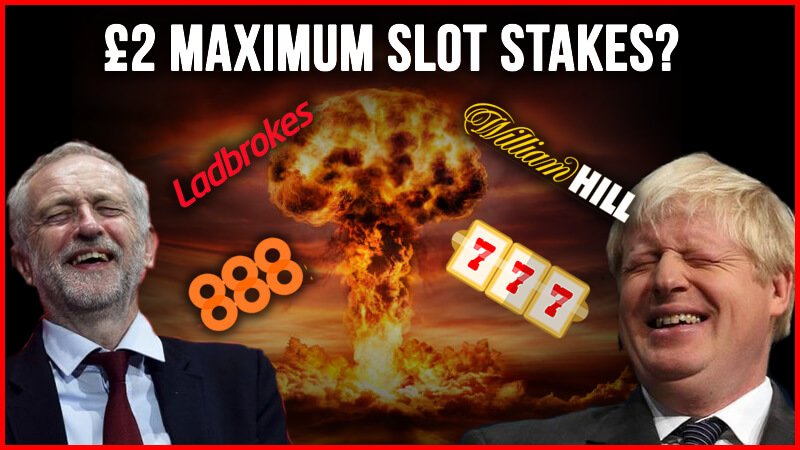 Last weekend the parliamentary group investigating the online gambling industry released their recommendations, including a £2 slot limit and a ban on credit card deposits.

The news came as a shock to punters and casinos alike. When the financial markets opened on Monday morning, the share prices of William Hill, GVC and 888 collapsed by 10 to 15%, and as of Friday morning, the stocks haven’t recovered. 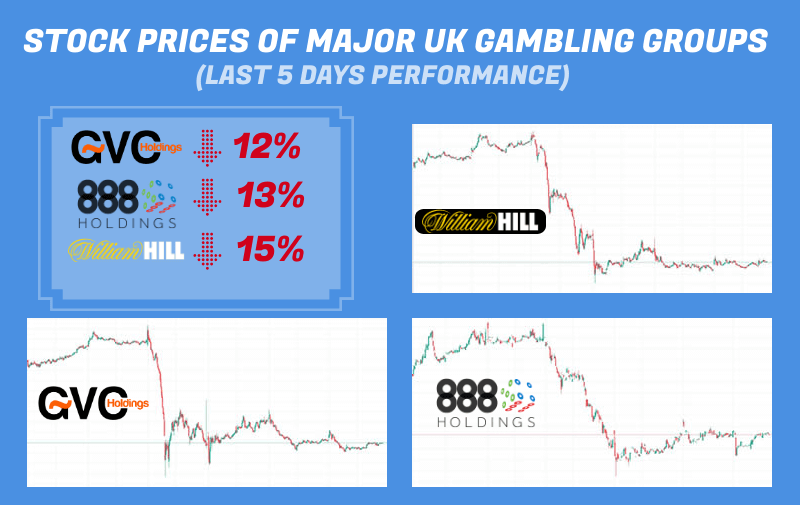 The report was co-authored by the Conservatives, Labour, and the SNP, so has cross-party support, with current Prime Minister Boris Johnson rumoured to be on board. Labour leader Jeremy Corbyn is also known to be in favour of greater gambling restrictions. Whatever the result of the upcoming election, chances are that some kind of crackdown on the UK gambling industry will be one of the few areas that everyone can agree on.

The £2 FOBT restriction has proved popular with the general public and media, if not with punters and bookies, and the obvious next step is to extend that to the online world.

Industry insiders make a fair point that online casinos have access to much more information on a user’s finances than a retail outlet ever can and that a hard £2 limit would be like cracking a nut with a sledgehammer.

On the other hand, there have been a few recent high-profile cases of casinos enquiring into the financial status of customers only after they have racked up huge losses, and the UKGC and parliament both seem to have their sights set on some kind of hard limit.

How that would work technically, I am not sure. There might need to be a lot of programming done to make sure every slot developer can detect a UK user, and set a coin limit on each spin.

Casinos may well try to pre-empt a hard cash limit of £2 by offering to limit stakes to a certain percentage of the customer’s account balance – say 0.5% or 1% per spin. Slot developer Elk Studios already have this functionality built into their games, so this could be a quick technical solution to the problem.

The chances of a stake limit being implemented are high – around 80% or so – the only question is where the limit will be set, and whether it will be percentage-based or based around some hard number.

A ban on credit cards

Clearly, gambling on credit cards or overdrafts is a bad thing, which should be avoided as much as possible. Banning deposits made by credit cards would be an easy solution to implement, as the UKGC/FSA can just stop the banks and credit card issuers from transacting with casinos.

But to do this right, the authorities would have to extend restrictions to eWallets like PayPal and Neteller, as they can also be topped up with credit cards. PayPal tends to be quite responsive to governmental requests to stop dealing with casinos, but such restrictions would be extremely inconvenient for many players, most of whom don’t gamble on credit.

Hopefully, PayPal and Neteller aren’t forced out of the gambling market as payment providers, but this has to be a real risk, maybe 50% or so.

It’s an open secret that VIP customers are responsible for the lion’s share of an online casino’s profits. The longer the casino can get the whales to keep playing, the greater the chances of the casino eating into their account.

Comp programs involving free tickets to sporting and musical events are one of the most popular ways to get VIPs to keep on gambling. Both the UKGC and the parliamentary panel agree that there needs to be a crackdown on such inducements.

In fact, this looks like the easiest method of showing the public that the government is doing something to combat the evil gambling industry. It would be fairly trivial to define some new restrictions on what casinos can offer to VIP customers and hit them with fines if they slip up. If you are building up comp points on a VIP loyalty program, it’s probably best to exchange them for a new iPhone as soon as you can, as these restrictions probably have a 90% chance of happening.

It has long been clear that the mood of the public, media, and politicians has turned against online bookmakers and casinos. And yet, the gambling industry continued to take the mickey for way too long.

Stories about bookies finding spurious excuses not to pay out on big winners and casinos continuing to send promotional emails to people who have signed up to self-exclusion were clearly bad from an ethical standpoint. But it now also looks like it was monumentally stupid, given the whirlwind that is now coming the industry’s way.

It’s clear that some kind of restriction is going to be put in place, and I doubt anyone would have a problem with banning gambling on credit and making sure self-exclusion actually works. We can only hope that responsible gamblers aren’t caught up in the crackdown.