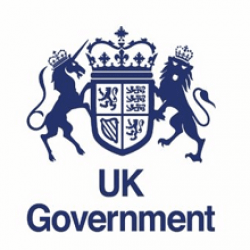 It was big news when the government announced that the maximum bet for fixed odds betting terminals, commonly known as FOBT’s, would be capped at just £2. While that may still sound like a lot for some of you, considering it was a whopping £100 before, it’s certainly a big change. On hearing the news, many saw it as a big win, and why wouldn’t you? These machines take in a massive £1.8bn a year in revenue, eating money straight out of people’s pockets. Of course, not everyone saw it as good news, certainly not the bookies who will be losing out pretty big because of the cut. But the question is, why haven’t the changes taken place yet?

Well, it appears as though the Treasury has decided that it will take a whole 2 years for the bookies to implement the necessary software updates to decrease the maximum bet from £100 to £2. That sounds pretty crazy, right? Well, the people who work in the fixed odds betting terminal industry think so too, estimating it would only take a matter of weeks to make the necessary changes and impose the new cap. As you can imagine, there’s quite a bit of upset for all those who have long been campaigning against FOBT’s. A spokesperson for the anti-FOBT campaign group Fairer Gambling had this to say: “Unbelievably, the Treasury thinks it takes two years for the bookmakers to run a software update on their server-based FOBTs to remove games they should never have been allowed in the first place. Somehow the Treasury has given the bookies a longer transition period than it’ll take the government to negotiate Brexit. The delay will mean hundreds of thousands more people experiencing harm before the gambling addiction gateway of high speed, high stakes roulette is removed.” And with roughly £1.8bn being spent on FOBT’s every year, he certainly has a point.

So why such a long wait? The Department for Digital, Culture, Media and Sport (DCMS) originally stated it would take roughly 9-12 months to implement the changes which was pretty reasonable. Despite the fact that the bookies can change the software for more quickly, the change does require parliamentary approval first to introduce a new statutory instrument so it was unlikely to happen this year anyway. But due to pressure from the betting industry, it seems the government has backed down even further and agreed to a longer delay period of 2 years, essentially allowing bookies to make a nice bit of extra money before the changes take place.

What’s your take on the government’s stance? How do you feel about FOBTs, should they be eliminated altogether? Leave your comments down below.