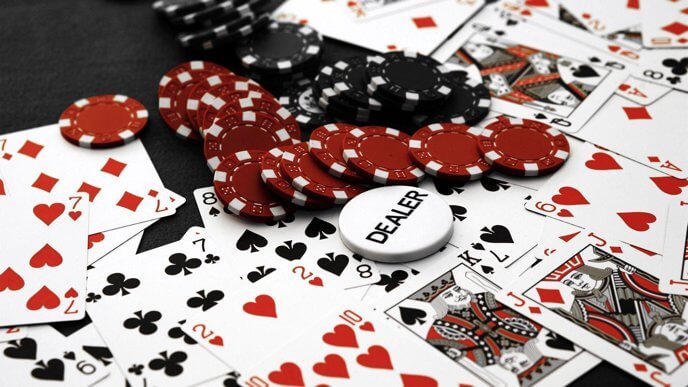 Aggression is defined by Webster’s Dictionary as “the practice of making assaults or attacks”. This little titbit of the English language is extremely important in the game of poker, whether you know it or not. When you exercise the ability to play good, solid, aggressive poker, you take control of the table and force the other players into poor decisions. Passive poker players are the ones who generally turn into calling stations and see their fortunes go down the drain as they sit idly by, waiting on something good to happen. In poker, you have to go out and make it happen if you want to be successful. You need aggression in poker as nothing good is going to just come to you. Poker legend Doyle Brunson wrote a series of books about poker known as Super System. All of the pages of those books can be summed up in one all-important word; aggression.

So you have the idea now, I would hope. Aggression in poker is important in this complicated game. Now, we move onto the more pressing questions. How do I incorporate aggression in poker into my personal game, in order to make an improvement? You use aggression in poker by betting hard and making as many raises as possible, within reason. This doesn’t mean that you go out and bet hard every hand, but it means that when you decide to play a hand, you should be coming in aggressively. There are times when aggressive play is not only necessary, but absolutely essential. When you’ve got the cards, you need to be aggressive. When you hold position on the other players, you need to be aggressive. If you are a better poker player than everyone else at the table, it’s time to use that to your advantage and be aggressive. Aggression in poker has to be a part of your game, but it better be used wisely, or else you could turn into a fish that dumps all of his money at the table. 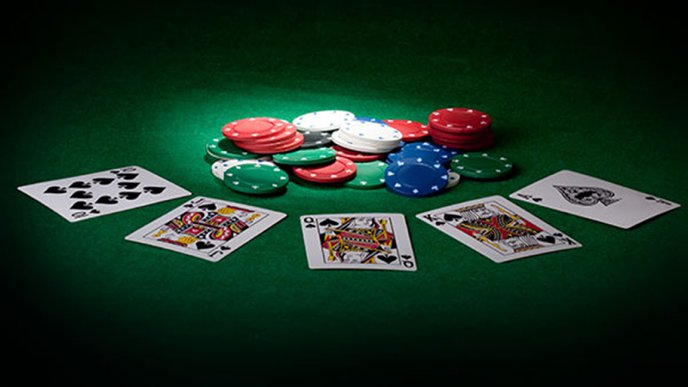 Let’s take the time to look at a real life scenario that could give you a better idea of this important poker ideal. You are holding big slick, with a diamond and a spade. Your Ace-King looks great before the flop, but you better bring the aggressive play if you want it to stand up after the flop. Here comes the first three cards and there is a Kc, Th, and 7h. You’ve got the best hand, in all likelihood, since you hold the top pair with the best kicker possible. Your hand is great right now, but there are a ton of ways that it can be destroyed with the wrong turn card. The two hearts present the possibility of a flush, while a couple of cards could bring a straight. If you have someone betting into you in this spot, you have to come out with your big guns blazing and make the raise. Your hand is a good one that gives you the chance to make some money, but it can be defeated. Protecting your hand against draws can only occur when you are aggressive. In this spot, there is a great chance that your opponent is trying to bring his own aggression to the table and he’s just betting with a lower pair or a draw of some kind. Your assignment here is to bet or raise enough where your opponent won’t have the right odds to make a call and hit his draw. You would hate to get drawn out on with the turn or river card because you passively played that top pair.

Aggression in poker is basically the one part of the game that you can control in order to give you the upper hand on your opponents. It puts pressure on the other players in that kind of scenario and makes them make a difficult decision. If they call in that spot, then you have good odds to make money over the long haul. The other thing about aggression that you have to love is that it can keep you from stupid mistakes and sticky situations. If you bet hard throughout the entire hand, you won’t run into those positions where the pressure is put onto your shoulders.

One great way to use your aggressive streak during the hand is in forcing yourself into good position before the flop. This means that you are putting in a bet that is big enough to make the opponents acting behind you fold down their hand. In effect, you are aggressively betting your way onto the button or into late position. This can be a very effective way of playing certain hands. If you have drawing hands or suited connectors, you can push out those behind you and earn the right to act last. With those sorts of hands, playing in late position is extremely important. If you would have made the decision to simply limp into the pot instead of betting it hard, you would have had to put up with three or four limpers and sitting in middle position. With that sort of scenario, the cards have to fall just right for you to walk away with the chips in the end.

Aggressive play can not only help you win hands, but it can help you establish table clout as an aggressive and scary player. Some opponents might even think that you have a loose persona at the table, which will benefit you down the road. They know that there is a good chance that you could be raising their bet, so they will be more likely to just check instead of putting in a bet. Because this happens frequently, it means that we will be earning free cards without having to pay to see them. In addition to them just checking with their mediocre hands, we will see our opponents put in more checks with big hands, as well. They know that we like to bet our hands pretty aggressively, so they will be looking to trap and check raise after our action. If you happen to play a drawing hand and flop a good draw, then you can then use your table image to exploit what they think of you. You can see a free card that could give you the winning flush or straight and you won’t have to pay a thing to see it. In this case, aggression once again gives us an added dimension to our play that can equal more chips and a bigger bankroll.

Let’s face the facts, here. Aggressive poker players make people mad at the poker table. After all, you are sticking your hands into their pockets and pulling out as many chips as possible. You aren’t even saying thank you or asking before hand, either. Because of this, opponents at the table are likely to lose respect for our play. They will begin to think that, over time, you are just a lucky player who will eventually bust out. We know that the notion is not true and that you actually have a great deal of skill. Over the course of play during a session or a tournament, you will notice that players will start making bad calls with the hope that they will catch our bluff. They will start putting their chips at risk when they only have second pair or something of the like. This means that you can expect a big payday because of your aggressive play. You can expect that, when you hit that big flush or straight, somebody will be willing to pay in order to see it. Over the long haul, you will notice that some of the small and medium sized pots that you used to win have now turned into huge pots.

If there is one bit of advice you take from these articles, it should be the art of aggression. At the poker table, you either apply pressure or you face pressure. It is in your best interest to put the pressure on the other players, so that they will have to make the tough decisions. You won’t be able to win every hand, but when you play with a mean streak, you will notice your winnings go up over the long haul and the game will become much more fun. Try to tune into the next poker special you see on television and watch how the best players make their moves. None of them are going the passive route. Though each has his or her own distinctive style, they are all intent on being the most aggressive player at the table.