Poker is a game where your opponent’s mistakes become your profits. Many beginners are prone to making the same mistakes. This article will look at the top beginners mistakes in poker and suggest ways in which you can change your own play to profit from them. For beginning poker players this article will also show you which common mistakes to avoid.

Hands such as small pairs and suited connectors can usually only be profitably played when it is cheap to see a flop (where you hope to hit a set or a straight for example). A common beginners poker mistake is to play these hands from an early position at the table, where there is a big risk that someone yet to act will raise, making them less profitable or even forcing you to fold before the flop.

Premium pairs are another source of beginner mistakes in poker pre-flop. These hands are most profitable when played against a small number of opponents (preferably just one) in a large pot pre-flop. The common beginner’s mistake here is to not raise, or raise only a small amount. The small raise lets opponent’s know that the beginner has a strong hand, at the same time as giving them an excellent price to call with smaller pairs (for example) and hit the flop hard enough to take the beginners whole stack.

The final pre-flop beginner’s mistake actually highlights the next section; post-flop mistakes. This is to play too many weak hands, especially for a raise before the flop. The most common of these are Ace-X hands where the ‘X’ is a card lower than jack or ten. The problem with playing these hands when an opponent has already raised is that the beginner is never sure “where they stand” after the flop. For example, a beginner calls a raise holding ace-seven off suit before the flop. We will look at 2 different flops and assess the decision making issues if an opponent then raises before the beginner has to act after the flop.

Flop 1: A-3-9: Here our beginner hit the ace but can not be sure if one or more opponents holds an ace with a better kicker.

Flop 2: 2-7-Q: Here our beginner hit the seven but can not be sure if one or more opponents hit the queen or started with a pair above sevens.

Many beginners further exaggerate their mistakes in these circumstances by calling big bets all the way to the river. Their perception of the strength of their hand after the flop is incorrect, if someone fires three big bets here they will usually have ace-rag solidly beaten! 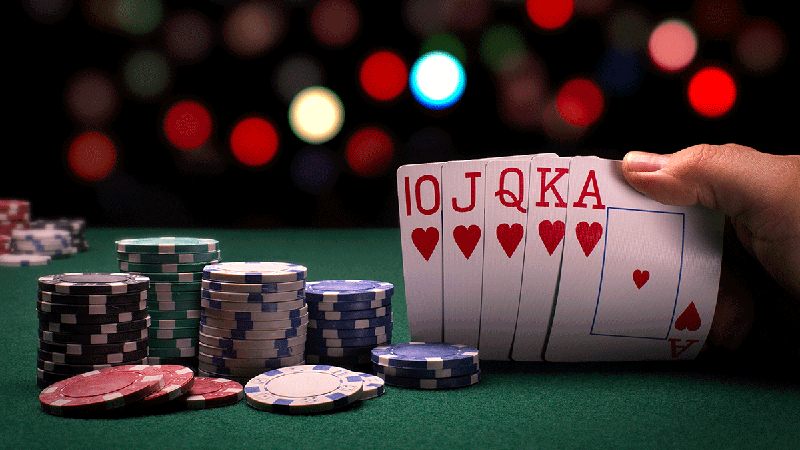 Bluffing is the final top beginners mistake in poker and usually comes in the form of bluffing too often or bluffing the wrong kind of opponent. While the “bluff with nothing” has its place in poker, most bluffs by more experienced players are actually semi-bluffs. That is, their hand may not be the best at the moment, but if an opponent calls there are cards in the deck that could come on the turn or river to make their hand. A classic example is a flush draw, where another card of a suit will make your hand, you might win immediately if an opponent folds, or go on to make your hand if you are called.

Beginners often bluff the wrong opponents. If an opponent has shown that they are not capable of folding even the weakest hand, then do not bluff. In fact this should not even be referred to as bluffing, it is actually just handing out chips!

To summarise, the top beginners poker mistakes are to play too many starting hands from the wrong position at the table. They also misjudge the strength of their hands after the flop, and to bluff too often and against the wrong type of opponent.