We will start by outlining different kinds of poker bluffs. Next the optimal times to bluff and the times not to bluff will be covered. Finally we discuss how to adjust your bluffs based on the tendencies of individual opponents.

The basic theory behind bluffing in poker is to suggest to your opponent or opponents that your hand is stronger than it really is. This can be achieved at any point during the hand and may in fact involve betting out more than once. The main distinction between bluffs is between a ‘pure bluff’ (where you have no chance to win the showdown if called) and the ‘Semi-bluff’ (where there are ways for your hand to improve to be the winner if you do get called).

The semi-bluff works because it gives the player two ways to win. Either your opponent(s) fold and you take the pot, or they call you but you go on to improve your hand (for example by making a flush). A third possibility is that a ‘scare card’ appears on the turn or river which causes your opponent to fold to a later bet.

Having more than one way to win can make a semi-bluff profitable, even though the two component parts would not be. Going to showdown would not win often enough, a pure bluff would be unprofitable, yet combining the chances of your opponent folding immediately with the change of making your hands makes the big bet show a profit over time.

The main considerations when deciding to launch a bluff are the number of opponents, the tendencies of those opponents and the texture of the flop. 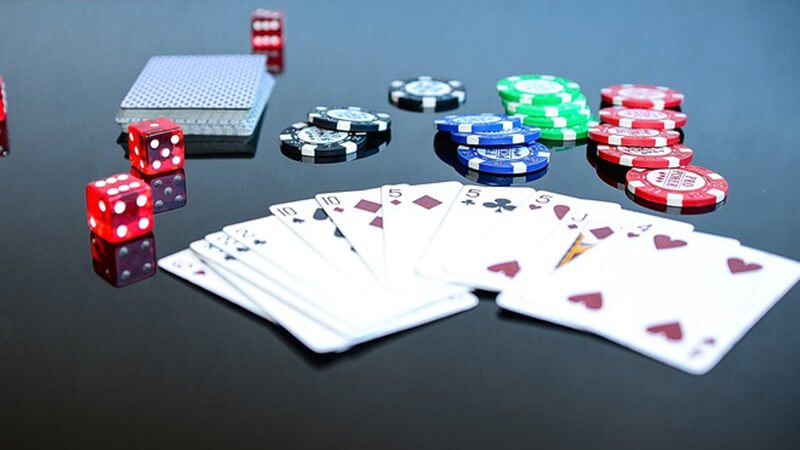 Rules of Bluffing in Poker

The rule with bluffing in poker is that the fewer opponents you have, the better. Each opponent separately may fold a large percentage of the time, however as you add more players the chance of getting called increases dramatically. The ideal number of opponents to bluff against is one. Against two opponents a bluff may be considered if you have ‘outs’, any more than this and you should seriously consider folding and waiting for a better spot.

Not all opponents are equally likely to call you. Some will only call with a very strong hand, while others (known appropriately as ‘calling stations’) are unlikely to fold to any bet. Make sure that you are aware of which opponents are more likely to fold and increase the frequency of your bluffs against these players. Also make notes where possible against these players to increase your advantage in future games.

Finally the texture of the flop is an important consideration when considering bluffing in poker. Some flops are more suitable for bluffs than others. Usually if a flop is ‘draw-heavy’ (that is, it contains a number of flush or straight draws) you should bluff less. This is because you will not know whether someone who calls has a made hand already or a draw to a flush (for example). This can make your decisions later in the hand more difficult.

Conversely a ‘dry flop’ containing few draw possibilities is a better candidate for bluffing. Here anyone calling you is more likely to have a made hand already, allowing you to get away from your bluff cheaply when it does not work and have a greater chance of a successful bluff to start with.

To summarise, when it comes to bluffing in poker it is always better to have ‘outs’ that might make you a winning hand if called. Some considerations when contemplating a bluff are the number of opponents in the hand, the tendencies of those opponents and the ‘texture’ of the flop.