Too often, poker players don’t realise it until too late, they’re drawing dead in poker to a big hand, and then – yippee! – they get the card they need on the river. So they get all excited and cap the pot, confident that every chip in that pot will soon be theirs, only to find out at the showdown that another player had a better hand all along. They were drawing dead in poker, and when you’re drawing dead, the worst thing that can happen to you is hitting your hand. To “draw dead” means that you are drawing to a hand that cannot possibly win under any circumstances, because another player already has a better hand than you can possibly make. Common examples where a player might be drawing dead in poker would be: drawing to a straight when there is a flush possibility on board, drawing to a non-nut flush (especially if you only have one card of the suit), or drawing to any flush when the board is paired.

It’s amazing how often some players, especially at the lower limits, don’t even consider the possibility that they may be dead in the pot. Of course you don’t want to play in a “monsters under the bed” frame of mind, where you always think that some opponent has the nuts against you, but in some cases it should be obvious that you’re probably beat. Using common sense, it’s easy to see that the likelihood of drawing dead in poker would be greater in a multi-way pot than shorthanded. By the same token, when you see reasonably conservative opponents raising it up with carefree abandon, you should at least consider the possibility that your draw is already a goner. Drawing dead is also more common in Omaha than in Hold’em. 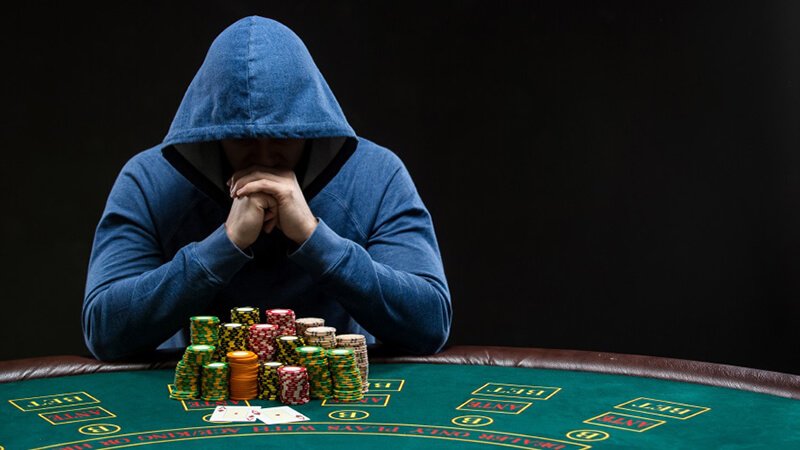 Drawing Dead is More Likely in Omaha than Texas Hold’Em

If you and playing Hold’em and you have Ah-Qh, and the board comes Ad-Th-8h, you have an excellent hand; top pair with a very good kicker, and the nut flush draw. If the turn card is the ten of spades, then that’s a cause for worry because now one of your opponents could have a full house (or be drawing to one), but it doesn’t necessarily mean that your flush draw is dead. You would almost certainly stay in the hand, but you would also want to play it more conservatively even if you do hit your flush. On the other hand, in Omaha, if you start with Ah-Qh-Jc-9d, and you have that same board of Ad-Th-8h-Ts, it now becomes much more probable that you are drawing dead, especially if the pot is multi-way. When the board pairs in Omaha and there are many players still in the hand, a full house becomes not only possible but very likely. And in this case your hand has no redraws to make a full house or better. Here, your hand is liable to only end up costing you a lot of chips even if – especially if – you do manage to hit your flush. Because the fact is when that ten of spades hit, your flush draw probably bought the farm.

Drawing dead can apply to any form of poker, and it can apply to low hands as well as high hands. For example, if you are drawing to a 7-4 low and your opponent already has a wheel (A-2-3-4-5), then you are drawing dead for low. In any case, when you are on a draw and computing the pot odds, you must consider not only the odds of making your hand, but the odds that your hand – if you make it – will actually win the pot. When the hand you are trying to make is not the nuts for that particular board, those odds go down and you need a bigger pot to stay in and keep drawing. In some cases (drawing to a straight when the board is paired or 3-flushed) the odds of your hand being the probable winner go way down. In other cases (drawing to a straight or flush when the board is double-paired, drawing to a straight when the board is 4-flushed, drawing to a one-card flush with a medium card of that suit) the odds plummet so far below the equator that you should almost certainly muck your hand. It’s easy to fall in love with a drawing hand because they’re so seductive. But when your draw tragically kicks the bucket before its time, you need to let go and move on. The cost of hanging on is too high.