Many poker players employ what’s called a “hit and run poker” strategy at the tables, in an attempt to artificially prop up their poker results. Essentially this style of play involves joining a game and staying in just long enough to win a big pot, or perhaps two or three, and then immediately quitting. This way, the player will ensure himself of leaving with a win. Now he can exit the game basking in the warm and fuzzy feeling that accompanies cashing out for more chips than he started with. Now he can tell his spouse, friends, siblings, parents, whomever that he made money in his game and is therefore a winning poker player. Or, if he’s keeping a record of his poker results, now he can write a nice pretty “W” in his record book, all from playing hit and run poker.

From a purely strategic point of view, hit and run poker is a cheap gimmick, at least for any player who is truly skilled at the game. It’s a cheap gimmick because it is based on results-oriented thinking. Worse, it is based on short-term results-oriented thinking. For a skilled player, winning at poker is all about the long run, it’s about putting in the hours, in games where you are a favourite to win. The benefits of hit and run poker, such as they are, are purely psychological, not strategic.

When you think about it, hit and run poker is a very good way to minimise wins and maximise losses. It means that a player will quit the game as soon as he is ahead by any significant amount, but he always stays when he is losing. And while some (skilled) hit and run players can be long-run winners, it’s never by much. Typically what happens with the hit and run style of play is that a player will book a series of small wins, and then suffer one huge loss. True, he’ll have more winning sessions to brag about, and more “W”s appearing in his poker ledger, but he’ll likely be a loser overall. 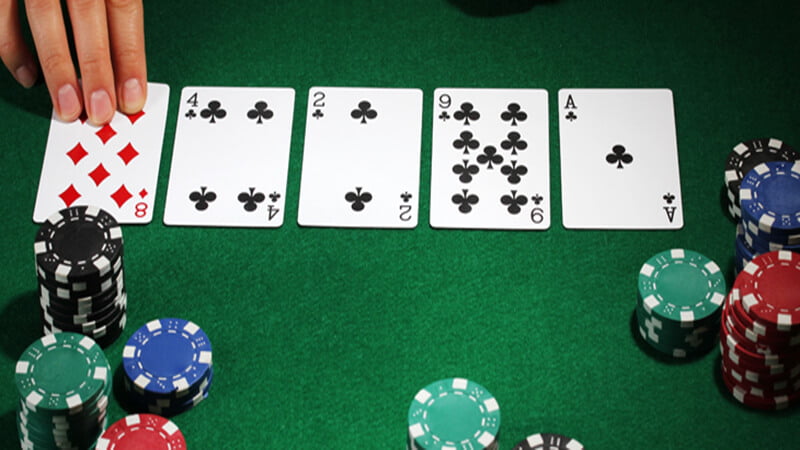 Hit and Run Poker comes down to a Lack of Confidence

Conventional poker wisdom says that if the game is favourable and you are still mentally and physically able to play your best game, then you should stay and keep playing, regardless of how much you may be up or down at that moment. Again, long-term winning at this game is all about putting in the hours when conditions are good, if you are a skilled player. If you are a recreational player, or even a losing player, then by all means hit and run, the less time you spend at the poker table, the better it will be for your bankbook.

Ultimately, the desire to play hit and run poker comes down to a lack of confidence. These types of players want so badly to quit when they are ahead because they fear so badly the very real possibility that they might lose it all back. These players do not have faith in their ability to win in the long run, so protecting that transitory win gives a much needed boost to their poker egos. But it’s an artificial boost, a kind of poker happiness pill. The problem is, the effects wear off and then you have to sit down and play again, and the whole cycle just starts all over.

As stated above, the one potential benefit of hit and run poker play is psychological. In a few cases, it might even be advisable. For example, if a skilled player has been mired in a horrible protracted losing streak (and it can happen to the best of players), even the strongest ego can begin to crumble. When this happens, the ability to book a winning session, any winning session at all, even if it’s only a hit and run, can be a huge first step in that player’s ability to get his confidence back. It will always be difficult to make good poker decisions if you are uncomfortable in the game for any reason. Lack of confidence, the fear of losing back those precious chips you’ve just won, can seriously interfere with your ability to focus. Then it usually is a good time to quit. But not because doing so provides you with a temporary win. Rather because it’s never a good idea to stay in a game anytime you are less than 100% mentally, emotionally, and physically able to play your very best.