Read this page to learn everything you need to know about good No Limit Texas Hold’em cash game poker strategy.

Position in Hold’em is Important

Position is a key consideration in determining which starting hands you should play in No Limit Hold’em cash games. The general rule is that in early position you play tight and in late position at the table you can play more hands.

One of the big disadvantages of being in early position is that with minimal information at your disposal, you must play your hand without knowing how the other players will play their hands. You will also likely be first to act after the flop, so you want to avoid playing weaker hands in these positions.

In late positions (particularly in the cut off and the button) you can look to widen your opening range and steal the blinds until you’re given a reason not to. It might not seem like much but stealing the blinds will have a big effect on your overall win rate, and even when you get called you’ll have position on player(s) post-flop the majority of the time. 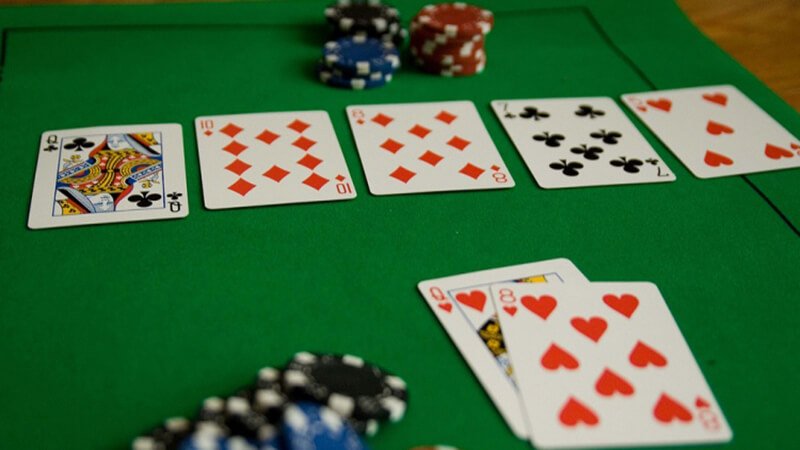 If you raised before the flop, you should make a continuation bet on the flop if there’s only one or two other players in the pot when you think there is a good chance of taking it down. It is better to steal the pot against fewer players since there is less of a chance they may have connected with the flop. If there’s more than two players involved on the flop, you are forced to play in a more straightforward manner, you should only bet if you’ve hit at least top pair with a good kicker. You usually want to bet 2/3 pot to extract value from worse made hands or drawing hands.

Slow playing strong hands is only a good idea if there’s no obvious draws on the flop. Otherwise just come out and bet. A lot of novice players make the mistake of slow playing too often. If a player raises you on the flop it’s usually a sign that they have a good hand (at least top pair with a good kicker or better), or it will be someone on a flush draw. If you have top pair and top kicker or better you’ll want to continue in the hand.

The play on the flop and on later streets will get easier with experience. As you play more cash games, you should be able to adapt your play to the types of players you are playing against. A quick word you should know about pot odds: If you are drawing to an open-ended straight or a flush then you need the pot to be about four times the amount of money you have to call in order to continue, but you also have to consider the implied odds you’re getting, which considers the future rounds of betting. Bad players don’t like to fold, so you can call not having the direct pot odds knowing they will pay you off if you hit.

If you’ve made it to the turn – otherwise known as “fourth street” – you should either have a good hand and continue betting aggressively, or have a drawing hand and you should consider calling if you’re getting the right price or believe a semi-bluff can win the pot. If you have top pair and make a bet and someone raises or check-raises you on the turn, they are showing a lot of strength and likely have a single pair beat. You will need two pair or better to continue here most of the time.

Play on the river – also known as “fifth street” in Texas Hold’em – is usually pretty straightforward. If you can expect to get called from worse hands, you should continue betting your hand – otherwise you can check and try to see the showdown cheaply. Keep in mind, however, that if you are willing to check and call on the river, you are better off just betting yourself, since there will be hands that will happily check back on the river that will call a bet.

A common mistake is to fold to a small bet on the river. In a No Limit game, the pot has gotten big enough that most of the time you are getting priced in to make the call with any reasonable hand. Your opponent may have missed the draw they were trying to hit and is now trying to steal the pot. If you think there is a possibility you could have the winning hand, you should probably keep your opponent honest. Just know the player and who to call or fold against.