Over Betting the Pot

In no-limit hold’em, the majority of post-flop bets fall somewhere in the range of half the size of the pot, to the same size as the pot. To wager anything more than this is called over betting the pot, and depending in the exact circumstances, this bet can be a smart, sneaky play, or a potentially expensive blunder. Since most no-limit players are (to put it euphemistically) not very skilled, it follows that the majority of over-bets fall into the second category. Too many players won’t even hesitate to risk a huge chunk of their stack, or perhaps even all of it to try and pick up a small-to-medium pot, when a smaller bet would likely work just as well, with lower risk. Not to mention the fact that anytime you make such a massive bet, more often than not the only hands that are likely to call are the hands that can beat you, thus putting you in the classic poker conundrum of either winning a small pot or losing a big one.

On the face of it, a large over-bet appears to be take-down move, a “I want to end this and win the pot now” kind of bet. And it usually is. As such, an over-bet of the pot generally represents either a naked bluff, or else a good-but-vulnerable-to-being-outdrawn hand like top pair. Regardless of what cards you actually hold, this is what most of your opponents will suspect whenever you make a big over-bet. They’ll think you’re either trying to bully them out of the pot, or else that you hold something good (but not too good) and don’t want to give anybody a chance to draw out. Naturally, if the cards on the community board are very coordinated, opponents will be more likely to suspect the latter. 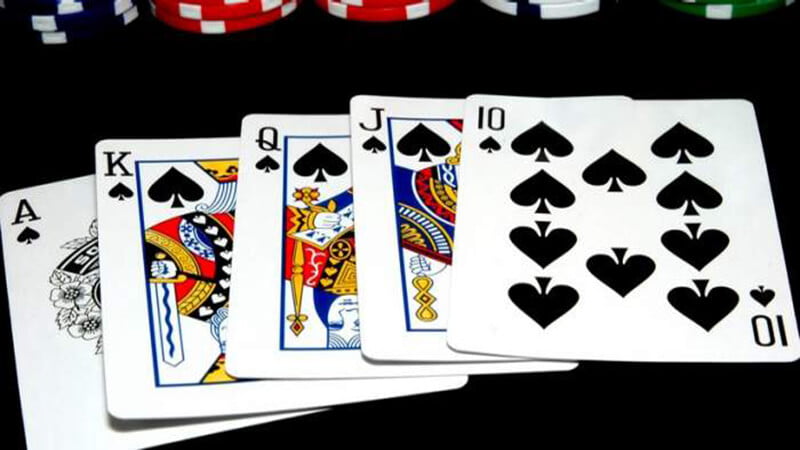 Over Betting the Pot Strategy

The best players are able to use this perception and manipulate it to their advantage. In other words, they’ll make a huge over-bet holding the mortal nuts, at a time when they know an opponent is liable to suspect a bluffand call. Logic dictates that any player holding the nuts would want to make a smaller bet, to increase the likelihood of being called. The tricky part is knowing when you can flip this conventional wisdom on its head, be deceptive, and get called by a worse hand on a massive over-bet. Inevitably, it comes down to knowing your opponent, including and especially the particulars of his current situation: What cards does he likely hold, how big is his stack in relation to yours, how has he been running, and what’s his position in relation to yours? Moreover, if you are playing in a tournament, then there’s a whole host of other factors to consider as well: Have you made it into the money yet, and if so how far, how many players still remain and how big are all the stacks, and is anybody in danger of being eliminated soon?

If you’re going to risk a lot of chips by over betting the pot, then you need to think everything through in advance. Know why you are making this bet and what result you expect; know what your next step is going to be if you should get called or re-raised. Don’t just throw a big pile of chips thoughtlessly in the middle of the table, because you read somewhere that aggression is important and it feels cool to try and bully the other players at the table. The whole macho subculture of no-limit poker can be very seductive, but if you don’t think your actions through carefully, too much naked aggression will only annihilate your own chip stack.

The same logic applies when you over bet the pot on a bluff, know your opponent first. Yes, your bet is big and scary, but calling stations will always want to call, regardless of the bet size. It’s what they do. Bluffs only work when they are aimed at players who are capable of folding, whether it’s because they’re weak-tight, or afraid of being eliminated from a tournament, or for whatever reason.

As for protecting your hand against draws, all you can do is make them pay too much for the privilege of seeing the next card. If you bet half the pot, you’re giving the drawing hand three-to-one odds, which are still attractive for some draws. A pot-sized bet gives the drawing hand odds of two-to-one, which is usually enough to convince them to leave. If you’re betting more than that, you destroy their odds to draw, so at least in theory you’re in good shape whether they call the bet or not. But again, by over betting the pot you are risking more money to achieve your goal of making the drawing hand pay, so be certain this pot is worth the extra risk.