It happens all the time. A player gets a good hand and he immediately starts mentally counting all the chips he’s going to win with it. Whether it’s because of ego, an inability to read his opponents, or just plain bad judgement, he decides early on that his hand is unbeatable. He ignores all the warning signs that this is not the case, and it’s not until all the cards are tabled and “his” pot is being pushed to somebody else that he realises he made a terrible mistake and overplayed hands in poker.

In Hold’em, the most overplayed hands in poker are pocket pairs (save perhaps for Aces and Kings), and big cards (especially A-K). While these are all great starting hands, most of them need to receive a favourable flop in order to have a good shot at winning the pot, especially as more and more opponents enter into the hand. Against three or more opponents, small-to-medium pairs usually have to flop a set, biggish pairs need to avoid seeing any overcards, and A-K should connect to make at least one big pair. Yet time and time again, you’ll see players holding these types of cards go all the way to the showdown when it should have been obvious on the flop that they were beat. More than that, sometimes they’ll raise it up on every round, in spite of all the evidence that their hand is now second-best.

Even pocket Aces, those magical bullets, can be an overplayed hand in poker after the flop, and often are. Aces may be the most powerful starting hand in Hold’em, but they are still vulnerable in a multi-way pot, especially when they get a bad flop. Any flop that contains straight and/or flush draws is very bad news for the player holding pocket rockets. With a flop like 9s-Ts-Js and four opponents, if any of those opponents show strength past the flop it’s now eminently possible that the Aces are beat. It’s not necessarily an automatic lay-down, but nor is it an automatic call, let alone an automatic win. In a similar vein, a flop such as K-K-7 rainbow may also sound the death knell for those pocket Aces, since the King is right up there in the “playing zone” of cards that people love to see a flop with.

At least Aces don’t have to worry about overcards flopping, every other pocket pair does. The moment that an over-card to your wired pair appears on the board, you must at least consider the possibility that you could be beat. Obviously the lower the pocket pair, the more vulnerable it will be. Perhaps one of the most overplayed hands in poker of all is pocket Jacks. Those Jacks are still big enough that you’re holding two matching picture cards, which can look awful pretty when you’ve been getting nothing but garbage cards for the past hour. And yet they’re small enough any Ace, King, or Queen on the board could easily kill them. That’s 12 cards in the deck you have to hope won’t show up. 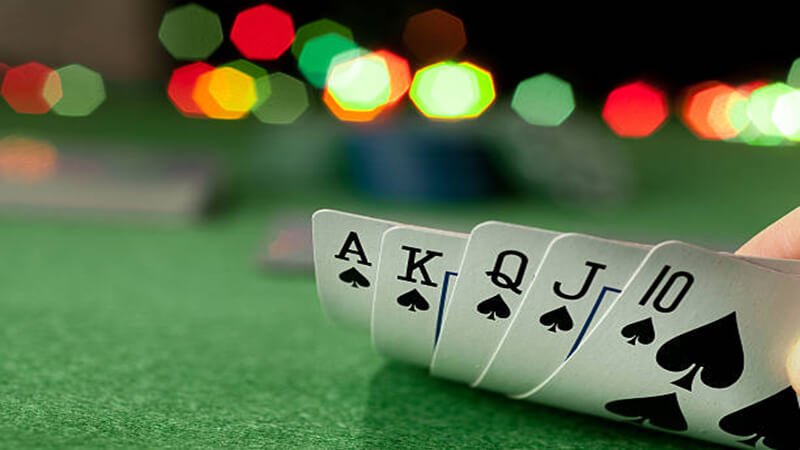 Ace, king is Another Overplayed Hand

A-K, suited or non, is another one of those commonly overplayed hands in poker. So many of us have been conditioned to think of Big Slick as this monster poker hand, that it becomes easy to forget that A-K is usually a drawing hand. Only in a shorthanded situation does it have a real chance to win the pot unimproved. And yet some players just can’t let go of A-K, stubbornly staying in to the end with nothing more than a very nice Ace-high, perhaps even betting or raising with it, hoping against hope to spike an Ace or King on the river.

It always comes back to the fact that poker is a very situational game, and the situation is constantly changing. A good poker player must continuously monitor everything that is going on at the table, and then adjust accordingly. Overplaying hands in poker are often the result of nothing more than a player who decides early on that he has the winning hand and refuses to reconsider that decision, no matter how much evidence to the contrary is right there in front of his face. He puts his opponents on hands that he can beat, and then sticks to that initial judgement. That is, if he bothers to even try and put his opponents on a hand at all. Oftentimes, a player who is grossly overplaying a hand will be playing the game at the most basic kindergarten level – he is focusing on his cards only. To play this game well and win consistently, you must not only think about your opponents’ cards, but have some aptitude for reading them. Only then will you be able to tell when you are beat.