Tips On How To Take Advantage Of Poker Freerolls

An online poker freeroll is an unbelievable opportunity presented to players that allowed them to take free cash off of a poker room. If you’ve ever spent a good bit of time in any online poker room, then you know how many of these tournaments are available each and every day. Still some players have absolutely no idea what to do in order to take advantage of freerolls, so these poker freeroll tips should help. They see the tournaments as being a chance to throw away some money. If you are smart in how you approach freeroll tournaments, they can add to your bankroll and help sustain your pocketbook over the long haul. If you don’t adhere to the advice of the poker freeroll tips, you could end up wasting a ton of time playing in a worthless tournament.

Learn the Value of Patience: This is the first and most important poker freeroll tip to remember if you want to consistently succeed when playing online freerolls. You can go into these tournaments with all of your guns blazing because a different style of play is required. Freerolls have hundreds, or even thousands of participants, none of whom have had to pay a dime to enter. Because of that, you’ll have to play for a few hours if you want to make the money. There is no way to speed up this process and if you try to knock out every player in the tournament, you’re bound to get busted sooner rather than later. The first thing to do before you sit down at an online freeroll is to clear your schedule to allow for several hours of preparation. From there, you have the opportunity to make some dough and have some fun.

Remember to Bring Along Your Aggression: You won’t likely be presented with a short table scenario when playing in a freeroll, so it is important to have an aggressive mindset if you are going to be successful in full table settings. You are going to be staring at nine other players for the duration of the tournament, so get used to it. This can be a positive, as it certainly enables you to avoid having to change up your play strategies, but it can also be a negative for players that don’t like to play aggressive poker. When you do have a good hand, like a top pair, you have to be prepared to play it as aggressively as possible. There’s no benefit to trying to tip-toe around when you hold these hands. If you are lucky enough to be dealt those kinds of hands, you need to come into the pot hard, raising as much as possible. If you are dealt a couple of high cards, don’t be afraid to show some teeth with a substantial raise. Aggression will help you double and triple your stack, which is ultimately the key to having success in this type of tournament setting.

Learn the Value of Selectivity: This might be news to some poker players, but you don’t have to play every hand in order to be successful. In fact, much of poker revolves around playing the good hands before the flop. This is a principle that is ultimately true in all poker formats, but it’s never more evident than in freeroll tournaments. This might sound simple on paper, but it will require a great deal of discipline to pull off over the long haul. As you play more and more freerolls, you will begin to understand. The players around you won’t likely have this type of discipline, so don’t be surprised to see them turn over awful hands. Still, you have to leave this type of play to the fish and poor players around you. If you can manage to limit your starting hands to only good cards, then you’ll have an immediate leg up on the competition. Obviously, it is still important to change up your style of play every once in a while to keep opponents honest, but an overall tight approach will do wonders in a freeroll tournament setting. 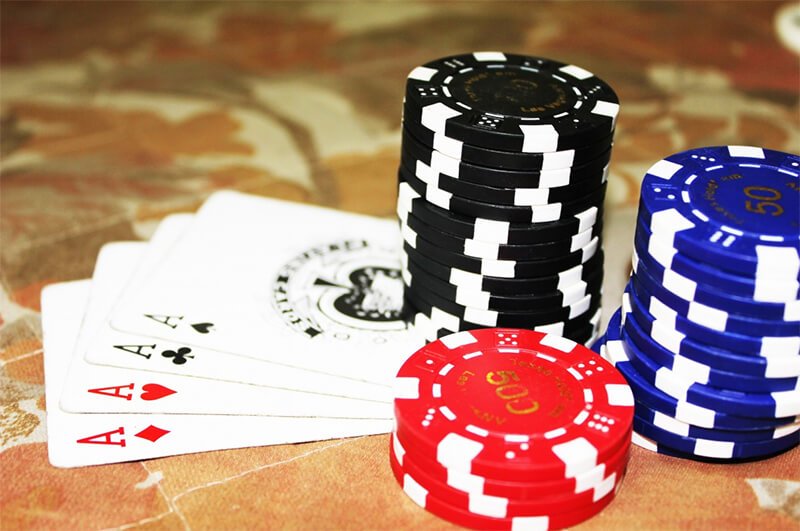 Table Position and Poker Power: Table position can give you power and it can provide added strength to your game. You have to understand table position in order to be effective in freerolls. People will be making rash decisions because their money is not on the line, so it’s important to have the opportunity to act after all of the crazies have put in their bets. With that in mind, consider a practical application of this. In the first or second seat, you probably don’t want to go in putting out large bets with a hand like K-10. If you do this, you might risk having a player behind you go all in on a hunch. Even if that player has nothing (which is frequent in freerolls), you can’t call him down because your hand just isn’t strong enough. There are a number of cases where this will present itself. Remember that you have the power to dictate play if you are in late position. Don’t get impatient and feel like you have to win the tournament on every hand. Slow, steady, and patient is the way to compete in a freeroll.

Change it Up, When you Can: Throughout this article, I’ve preached patient play and only playing solid hands. I’ve tried to drill into your head that successful poker is played with good cards. Well, throw all of that out of the window, at least for a while. It is true that patient, tight poker is the best way to win over the long haul, but there are times where you have to vary your play in order to keep your opponent guessing. You must make sure that you have the element of surprise on your side. It won’t matter what your cards are if your opponent knows your next move every time. With this in mind, you can’t sit around waiting on only the good hands, and then play them aggressively. If you do this, players will be able to read you just like Doyle Brunson’s latest poker book. Make yourself difficult to read. Raise, every once in a while, with a hand that might not be Aces or Kings. This will help you become a better player over the long haul and you’ll certainly enjoy freerolls a whole lot more.

Bluffing – Might Not Be for the Best: All good poker players have the ability to bluff when they need to. The great players, however, know exactly when that time of need has arrived. In online poker freerolls, those great players might tell you that bluffing is probably not in your best interests. Simply put, there is far too much risk involved with bluffing when you don’t know the quality of players around you. This is true for all types of online poker, because you can’t physically see the players and how they handle themselves. In freerolls, however, the players are usually some of the worst players imaginable. After all, they could be new to the game or they could just be looking to throw some money away. Maybe they don’t know that they are supposed to fold on the river with only third player. You could make the best read imaginable and figure out that your opponent has a weak hand, but it won’t do you any good if you can’t make them fold that hand. Because of that, bluffing in these types of tournaments is a good way to lose your stack in a hurry. Avoid this tactic and play solid poker. You will end up having a much better time and you won’t get angry when some first timer calls you down with a pair of twos.

It IS your Money, After All: One of the biggest mistakes that players make when they enter a freeroll is that they think that the money isn’t real. After all, you didn’t pay anything to enter the tournament, right? While this might be true in some sense, you have to consider a number of financial factors when playing in a freeroll. Though you will have lost nothing if you bust out of one of these tournaments, the money IS real. When you enter your name and sit down for one of these freeroll tournaments, you are playing for money. You have to take it just as seriously as you would a full ring game or a home game among poker buddies. Also consider that by playing in an online freeroll, you are actually taking away from time that would have otherwise been spent making money at the tables. Because of that, the financial implications have to be weighed with that in mind.

Freerolls are a great chance to make some loot without any risk, but you have to play smart poker. Nothing requires the knowledge and focus like a freeroll. Because you will face off against so many different types of players, all of whom have different levels of experience and skill, you can to learn how to make decisions with all of those factors in mind. Do your best to remember these tips and you will start making money in these tournaments. After a while, that will add to your bankroll and help to keep your afloat during the harder times.