In any cash game, chip value is simple, straightforward, and always totally linear. A one-dollar chip is always worth exactly that; $1, whether you’re winning that chip or losing it, whether you’re big-stacked or short-stacked, no matter how long you’ve been playing this particular poker session. Not so in a poker tournamentwhere relative chip values are quite fluid. The “worth” of each individual chip is constantly changing throughout the tournament. This phenomenon doesn’t really matter so much in the early/middle stages of a poker tournament, when the alterations in chip value are so slight as to be negligible. But it does become an important factor in the later stages, around the bubble and especially deep into the money, when the relative chip values can change dramatically depending on the exact circumstances.

When we talk about chips changing value during a poker tournament, this happens in a number of different ways. First, with the notable exception of winner-take-all events, chip value will continuously decrease over the course of any tournament. The deeper you are into a tourney, the less each chip is worth overall. That’s because the champion of the tournament must win 100 percent of chips in play, yet he only wins around 50 percent (at best) of the total prize pool, so the relative chip value has changed considerably from the start of the game. To use a very simple example, 90 players each pay $1,000 to enter a tournament, for which they receive $1,000 in tournament chips. So at the start, each chip is worth exactly its face value. The total prize pool for this event will be $90,000, and the ultimate winner, who will accumulate $90,000 worth of chips in front of him will take home $45,000 in cash, meaning that the actual value of each chip has been halved from what it was at the beginning. Because some of the prize pool was paid out to second, third, fourth place, etc, the champion of the tournament is in effect subsidising them by giving them some of “his” $90,000-worth of chips.

Another way in which the relative chip value alters during a tournament is simply by virtue of whether that chip is travelling towards your stack, or away from it. In short, the chips you lose are more valuable than the chips you win. Which is another way of saying that it hurts you more to lose X amount of chips than it helps you to win the same amount. This is especially critical as you start to get near the money (let alone into it). Let’s say that the poker tournament is approaching the bubble. Assuming you have an average stack, losing half of that stack right now would be a devastating, potentially fatal blow, something that would hurt you a great deal more than increasing your stack by 50 percent would help you at this particular point in time. 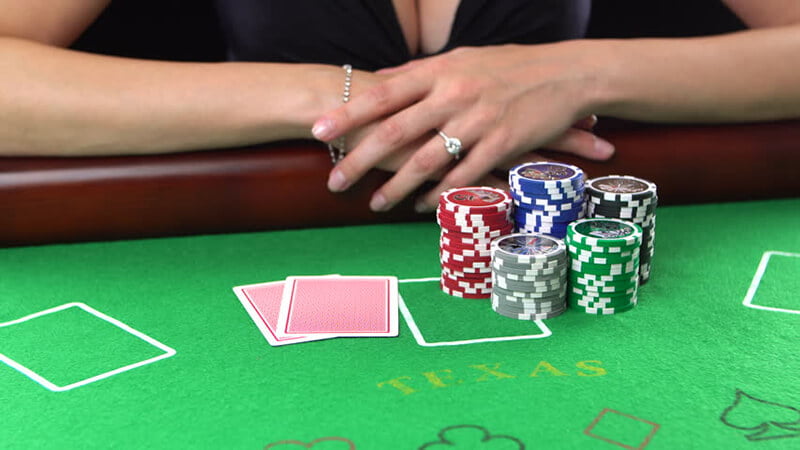 Usually when players talk about relative chip value, it’s in reference to the widely-accepted belief that individual chips are worth less in a big stack than they are in a small stack. What matters here is the size of your stack compared with other stacks in the poker tournament. The greater the disparity between the stack sizes, the greater the “price difference” of each chip. If you have a massive chip lead over one of your opponents, then the individual chips in your stack are comparatively worth much less than the individual chips in his stack. Your chips are cheap, while his chips are expensive. (And for what it’s worth, chips that are already in the pot are always of average, or “par” value.)

This becomes an important consideration with regards to pot odds — specifically, the decision whether or not you to call off any of your chips to chase after a draw. Because of the altered chips values, pot odds are not always what they seem. If you are very short-stacked, then each of your chips is now worth a great deal, so you actually need extremely strong pot odds to call. For example, to call on the turn with a four-flush, you would apparently need to be getting at least 4-to-1 pot odds to make that call. But with a very small stack in a tournament, the now-inflated value of your chips puts those odds completely out of whack. Realistically, you would likely need to be getting something around 8-to-1 odds from the pot, or perhaps even higher, in order to make that call.

On the flip side, if you are sitting in front of a giant stack of chips relative to your opponents, now that means each of your chips has become greatly devalued. To call for that same 4-to-1 flush draw, you would only need to be getting something like 2-to-1 odds from the pot, if that. In direct contrast to your short-stacked opponent — for whom every chip is dear and options are quite limited — you can afford to spend some of your discounted chips chasing after draws. However, you must be careful not to carry this concept too far. Just because your chips are cheap now doesn’t mean you can just throw them around willy-nilly. Some big-stacked players become much too gun-ho in their quest to eliminate opponents, making a series of bad calls/bets/raises — lulled into a false sense of security because the chips they are throwing into the pot are only “cheap chips” that they can easily afford to lose. While that may be so for one hand or two, all it takes is a few moderate losses to devour a sizable chunk of your stack, at which point the value of your remaining chips increase and your playing options decrease.