Selecting the Right Hands in Poker

Selecting the right hands in poker can be looked at in many ways, here are some guidelines to the common definitions:

Premium Pairs: Aces, Kings and to a lesser extent Queens

Medium Pairs: 88 through to Jacks

Broadway Hands: Combinations of high cards (10+) not covered above

Suited Connectors: Hands such as 6-7 of hearts which are both suited and connected

Suited Aces: An ace with a small card of the same suit

Junk Hands: Anything not covered above

Some of the poker starting hands do better with a raise before the flop to ensure fewer opponents. High and medium pairs and the strong high-card hands will lose much of their value after the flop against several opponents. Other hands such as small pairs, suited connectors and suited aces actually do better when there are more opponents and no raise before the flop. These hands can hit the flop hard (trips or a flush for example) and play best when it is cheap to enter the pot.

Position at the table is a critical factor in your poker starting hand selection. If you are first to act at a full table then you have no idea how many players will raise or re-raise ahead of you. This means that you need to be more conservative with you hand selection, sticking to very strong holdings only. 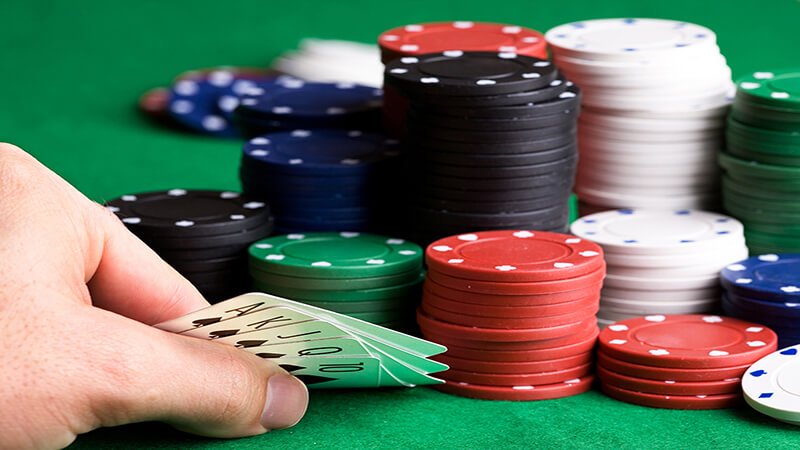 Building a Bigger Pot Before the Flop

Conversely if you are one of the last to act your starting hand selection decision is made easier. If there have been raises ahead then you again need a strong hand to enter the pot. However if several players have folded you can play progressively weaker hands without too much fear of a re-raise (since only a few players have still to act). If several players have limped into the pot then circumstances are ideal for also limping with small pairs and suited connectors. If you hit a strong hand then someone will usually have enough of a hand to pay off your big bets after the flop.

The tendencies of your opponents are the last factor in selecting the right hands in poker. If the player who has raised ahead of you is raising with almost every hand then you do not need as strong a starting hand to re-raise them. Conversely if the world’s tightest player puts in a raise you may fold starting hands you would normally have played.

Opponents who have still to act also influence your starting hand selection. If someone re-raises every time you limp into the pot then limping with strong hands might allow you to re-raise, thus building a bigger pot before the flop.