In Omaha, a player’s four starting cards can combine with the flop to make what’s called a wraparound straight draw in poker. A “wrap” draw can typically give you 13, 17, or even 20 outs to make a straight. These draws can be incredibly powerful, and with 20 outs you would actually be a favourite to make your hand by the river.

To get a wraparound straight draw your four starting cards need to be roughly in sequence, with perhaps one or two small gaps, and then you need some cooperation from the flop. An example would be a starting hand of 6-7-8-9, on a flop of 9-5-T (for the sake of this and the following examples, we’ll assume that no flush draws are possible.) With this hand, you now have 13 cards that can come on the turn or the river to give you a straight: three 6s, three 7s, three 8s, and four Jacks. Now for a 20-out wrap draw, let’s say you start out with J-T-7-6, and then the flop comes 8-9-K. You can make your straight with four 5s, three 6s, three 7s, three Tens, three Jacks, and four Queens.

The conventional wisdom for Omaha is that it’s a game of drawing to the nuts, and so when you are drawing to a straight you should always keep in mind what the nut straight would be for any given board. This is especially important in multi-way pots, since with each added player it becomes more likely that somebody will indeed have the nuts at the showdown. In the above example, where you hold J-T-7-6 and the board is 8-9-K, any 5,6,7, or Queen will give you the absolute best possible straight for that board. If a Ten or a Jack falls, you would still make a straight but it wouldn’t be the nut straight. With a Ten on the turn, anybody holding a J-Q combination would make a higher straight than you, and with a Jack on the turn, anybody with T-Q in their hand would beat you. 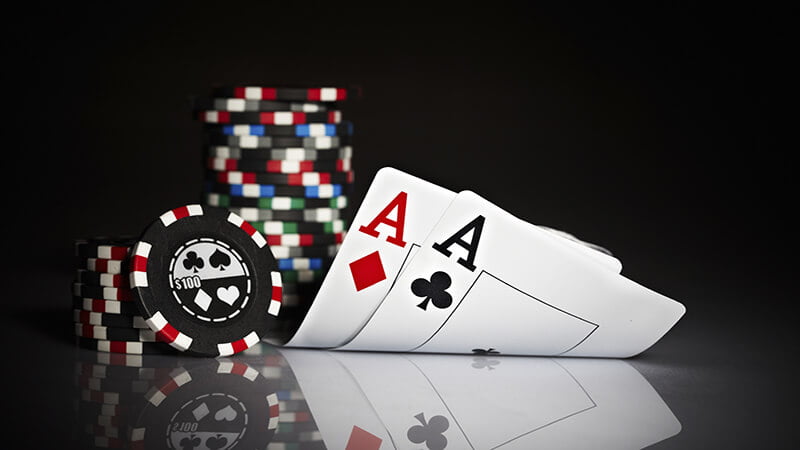 So you must always pay close attention to the board, and know just by looking at it what the best possible hand could be. You should also keep in mind that you could make the nut straight on the turn and still be counterfeited on the river. Once again using the J-T-7-6 hand on the 8-9-K flop as an example, if a Queen falls on the turn you will make the nut straight for that board: 8-9-T-J-Q. But if a Ten (or a Jack) comes on the river, you have been counterfeited and your straight is no longer the nuts. Now anybody with an A-J (or an A-T) in their hand can make a higher straight. And of course it goes without saying that if the community board has three cards to a flush, or of the board is paired, then your straight is no longer the nuts regardless. It still might win, with the emphasis on might.

Finally, while wrap draws can happen in Omaha Hi-Lo, they are much more important for the High-only form of Omaha. In Omaha Hi-Lo, drawing to a straight usually means drawing for half the pot, and that’s generally a losing proposition. There are some exceptions where it could be worthwhile to pursue a straight draw in Omaha Hi-Lo. If no low cards appear on the flop, then it’s impossible for anyone to make a low hand and you are gunning for the whole pot, just as you would in Omaha High. The best way however, is to have multiple draws going at once – for example if you also have a good low draw and/or a good flush draw to go along with your wrap draw.

Wraparound straight draws are not always easy to recognise, but they are fabulous drawing hands when they do occur. On the flop, they can even be favoured to win over a made hand like two pair or trips. Just always remember the Golden Rule of Omaha poker: you want to draw to the nuts.