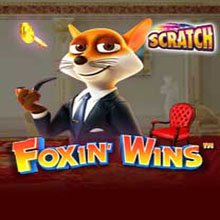 Foxin’ Wins is a popular gaming brand that many of you may recognise, and features in a lot of online casinos. The Foxin’ Wins scratch card uses the popular fox to bring an easy to understand, fun playing traditional scratch game. You can play the Foxin’ Wins scratch card online right now at Coral, as well as hundreds of other popular scratch games.
Foxin’ Wins has stakes from as low as 20p per game, in ever increasing multiples up to a maximum of £200 per game card. The maximum prize per scratch card is 1000 times your stake, so a £1 game would have a jackpot of £1000. Foxin’ Wins has a return to player (RTP) of 85.64%, with one bonus free games feature whereby five guaranteed wins will be awarded, all doubled. The gaming symbols are hidden behind nine panels, which you must scratch off to reveal. Three of a kind is a win, the value of which is determined by the prize panel displayed above your scratch game. 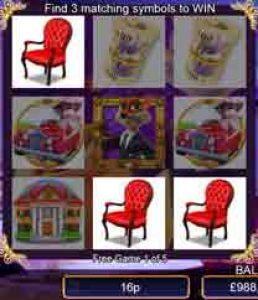 Choose your stake from the range on offer, then click play. You will be given a scratch card with nine hidden symbols. You may either click each panel individually, or click the reveal all button to clear the game card straight away. Any three of a kind awards a prize, with each symbol representing the affluent lifestyle the Foxin’ fox lives.
Just like the other scratch card games on offer at William Hill, the settings allow you to auto-play a bunch of cards at your chosen stake. You may play five, ten, fifteen, twenty or twenty-five, each of which will reveal all of the symbols for you with any winnings banked and the subsequent card played.

The Foxin’ Wins scratch card is good fun and is very basic, keeping to the traditional scratch game styles most people will be familiar with. The RTP is low, but the game itself is still reasonably generous. You can play the Foxin’ Wins scratch card online at Coral, or for more scratch games, choose from the highlighted casinos in the table on the left (or bottom of the screen if on mobile). New players can enjoy generous sign-up bonuses which are well worth taking advantage of.