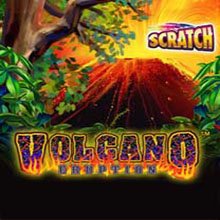 The Volcano Eruption scratch card is another fun, island themed scratch game playable at Coral with prizes up to a massive 50,000 times your stake. This means that if you play at just £2 per game, you could potentially win £100,000 or the equivalent in your local currency.
The price of play for the Volcano Eruption scratch card starts at 20p and increases all the way up to £200 for an individual card, using nine panels to hide a multitude of gaming symbols plus feature bonuses.
Once you have chosen your stake, click the play button to be given a random card, then simply scratch away to reveal any potential prize. Three matching symbols pay an award as displayed on the win table above your card, with each win shown as a multiplier meaning the higher your stake, the larger your potential winnings. 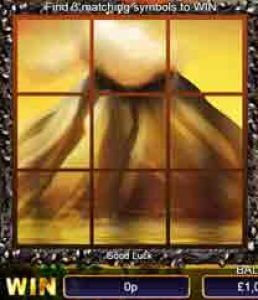 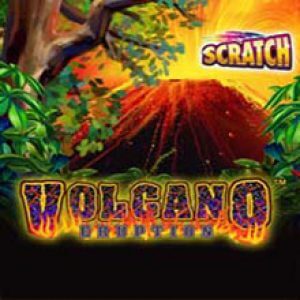 The Volcano Eruption scratch card pays multipliers for any three matching symbols, however the mega money can come from the bonus feature Ladder Bonus. This bonus is awarded when three volcanos are revealed then pays a multiplier depending on how far up the ladder you can climb, collecting flames along the way.
Three flames pays 5x, four pays 10x, five pays 15x, six pays 25x, seven pays 75x your stake, then thing get really exciting. Eight will pay a massive 5000x your stake, and nine will pay an incredible 50,000 times your stake which will be a huge win no matter how much you are playing per card.
As well as the feature, more than one prize can be won per card so you have the potential for several wins during each game. The Volcano Eruption scratch card also allows for additional settings to make your playing experience better suited to you as an individual. You may adjust the sounds, auto-play up to twenty-five cards at any one time, and reveal an entire card rather than scratch off each panel individually.

The latest scratch cards are available to play online at Coral.