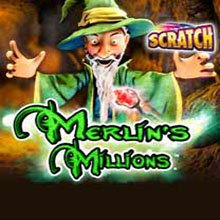 Play scratch cards online with the Merlins Millions scratch card, and win up to £250,000 in a single game.

Playing the Merlins Millions scratch card is very similar to an online slot machine, although online scratch cards are often far more simple. Visit Coral to find the scratch game, and once loaded, select your stake to start playing. The RTP of the Merlins Millions scratch card is 95.17% which is fairly high, and slightly more than most online slot machines. The RTP is how much you can expect in long-term gameplay, with the higher the number, often the better. 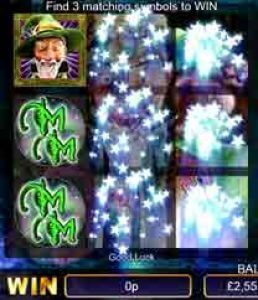 Once you have chosen your playing stake, you may scratch each silver panel individually, or press the ‘reveal all’ button for a speedier version of the game. Both will have the same outcome, however the individual scratch resembles more of a real scratch card game, without the silvery shavings stuck in your nails and on the floor.
The online scratch cards’ percentage remains the same no matter what stake you are playing, however all wins are multiplied by the value of your game, so 1000x on 50p per card will return £500. Had you played the same card for a price per play of £5, your prize would have been £5000.

The graphics and gameplay of the Merlins Millions scratch card looks very impressive, with a magical effect as each silver panel is removed. The winning symbols are very bold and colourful, allowing for some great heart stopping moments as two high paying symbols are revealed.
All prizes pay for three of a kind, with a bonus round similar to a slot machine of five free games available on every card. The bonus round is where the big money is at, with the bonus games auto-playing as your wins build up with each game that passes.

The Merlins Millions scratch card is available to play online at the Coral casino, which offers a choice of 30 different online scratch card games, some with progressive jackpots for life-changing sums of money. The Merlins Millions scratch card is one of the more popular ones, due to its high return to player, fun feature game and well-drawn graphics and smooth gameplay. Merlins Millions also has a range of settings allowing players to customise their playing experience, including the option to reveal all of the panels at once, for a speedier game. There is also an auto-play function where games can be played on a set stake from five up to twenty-five auto-playing games in a row. The auto-play games are fairly rapid, so maybe only use this option if playing on lower stakes, you can however cancel the auto-play function at the completion of any scratch card game.