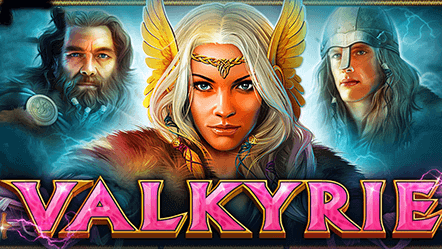 Valkyrie slot is the latest game from Elk Studios, another company to use the increasingly popular Valkyrie / Nordic theme. We’ve seen slots like Valkyrie Fire slot do fairly well, but I think it’s important that if you’re using the same theme, or in this case an identical theme, to make sure the gameplay is significantly different. I’ll come onto the features in more detail shortly which include extra Wilds and of course free spins.

The graphics in Valkyrie slot are fairly average; they’re certainly not the best we’ve ever seen but they do the job and don’t look too bad. Playing the game is straightforward if you’ve ever played a standard slot before. You have a 5×4 layout with 1024 ways to win which will certainly appeal to some. All you need to do is spin the reels to try and get a winning combination from left to right using the base symbols. These are listed as follows, ranked in ascending order based on their value: 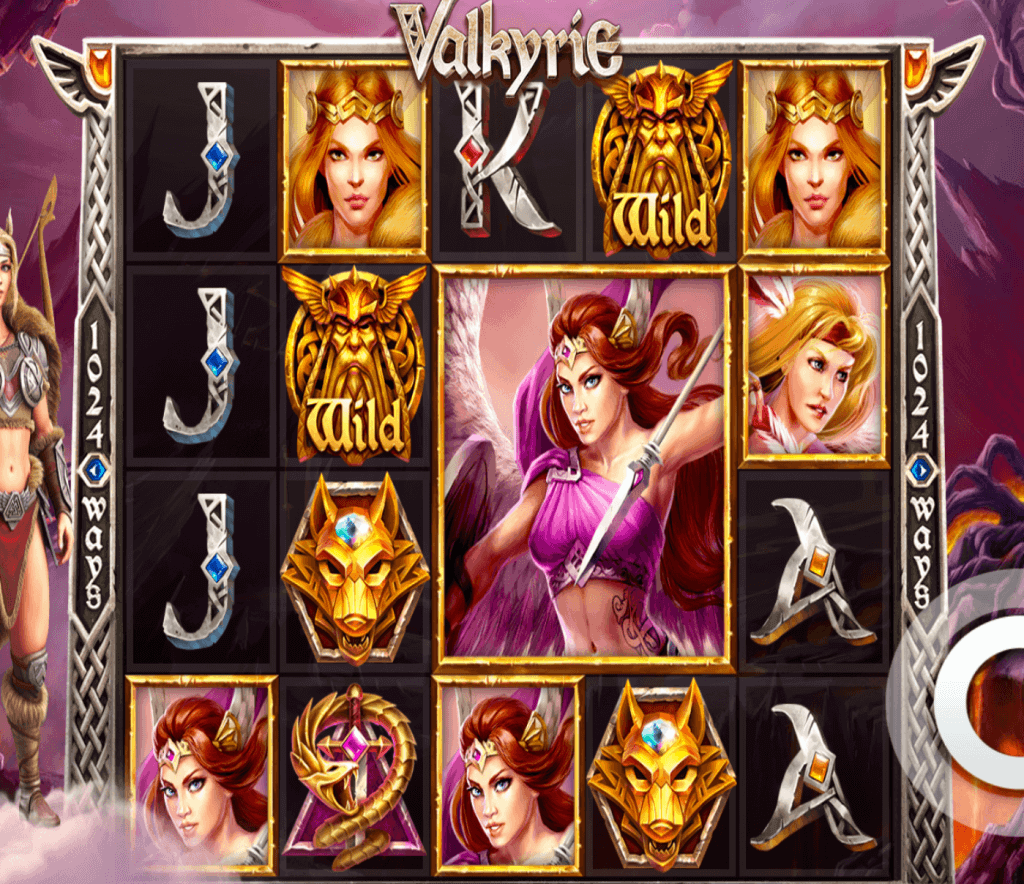 Sword of Destiny Feature. This feature means that a Wild sword symbol can fall on reels 2, 3 and 4, covering all positions on the reel to turn it fully Wild.

Shield of Chance Feature. This is another feature that can give you lots of Wild symbols, where the usual Odin symbol will rain down onto the reels giving you better chances of getting a win.

Arrow of Fortune Feature. A volley of arrows is fired at the reels this time, each one giving you a giant symbol of size either 2×2, 2×3 or even 3×3 of the same type.

Bonus Spin Feature. If you manage to land 3 or more Bonus symbols anywhere on the screen a respin will be awarded in Bonus mode whereby one of the random Valkyrie Features mentioned above will be in play.

Valhalla Free Spins. Of course, like more slots these days a Free Spins bonus is included. As usual, this is triggered by 3 or more Free Spins symbols on the screen in any position. Typically you get quite a few free spins with a feature like this, say 10 or more, but this one only guarantees you one free spin. However, it does also trigger one of the Valkyrie Features mentioned above for this spin so you can get some decent rewards. It’s very similar to the Bonus Spin Feature in this sense.

Betting Strategies. If you’ve ever played an Elk Studios slot before you’ll know they like to offer you betting strategies depending on how you play. I won’t go into detail on these right now, but they’re worth looking into on their rules section of the game. 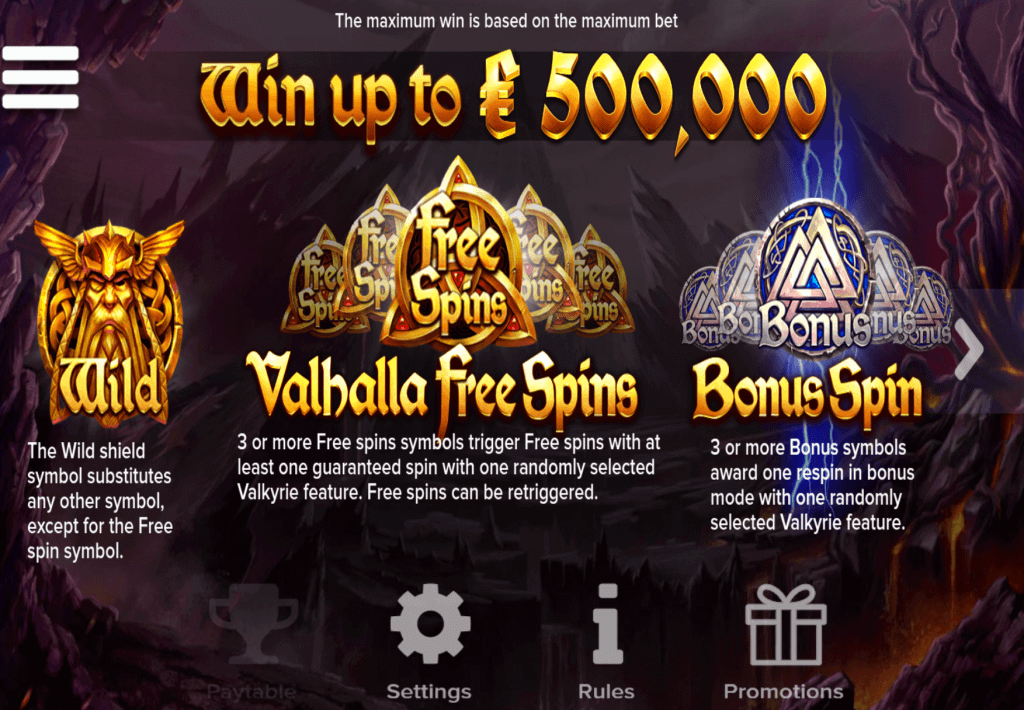 Valkyrie slot from Elk Studios is another game to use the Valkyrie theme which I guess is so popular at the moment thanks to movies like the Avengers and Thor. It works well though so no complaints here. It has a good few features too. The Valkyrie Features are all relatively simple but occur fairly frequently so that’s the trade-off. The Free Spins Bonus and Bonus Spin Feature are pretty similar and make use of the Valkyrie Features also, but I’m a little disappointed at how few free spins you get. I would have expected at least 5 if not more. All in all, Valkyrie slot has a few popular features but they just don’t work as well as I would have liked and I think they’ve been a bit stingy here. I can’t really recommend this slot if you’re looking to make some good money (which of course you are).