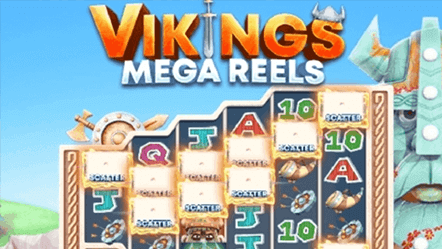 Vikings Mega Reels slot is a new game from Gameplay that initially seemed quite appealing. With its unique reel layout and lots of ways to win I thought it would be an interesting game to review, but does it play as well as you might think?

The design of Vikings Mega Reels slot is pretty good and draws you into the game. It’s a different take on the Vikings theme which we’ve seen quite a lot of lately such as with Vikings slot, based on the TV show of the same name. This one is much more fun and light-hearted and will probably appeal to a wider audience. I actually really like the design which has impressive graphics, a lovely backdrop and of course those impressive looking reels. There are 6 of them to be precise and they offer up to 250 ways to win, not the most we’ve ever seen but not a bad amount by any means. What you need to do is try and get a winning combination of base symbols from left to right on the reels by spinning them. Doing so can lead to a cash prize of a bonus as I’ll discuss below. The base symbols are listed as follows, ranked in ascending order based on their value: 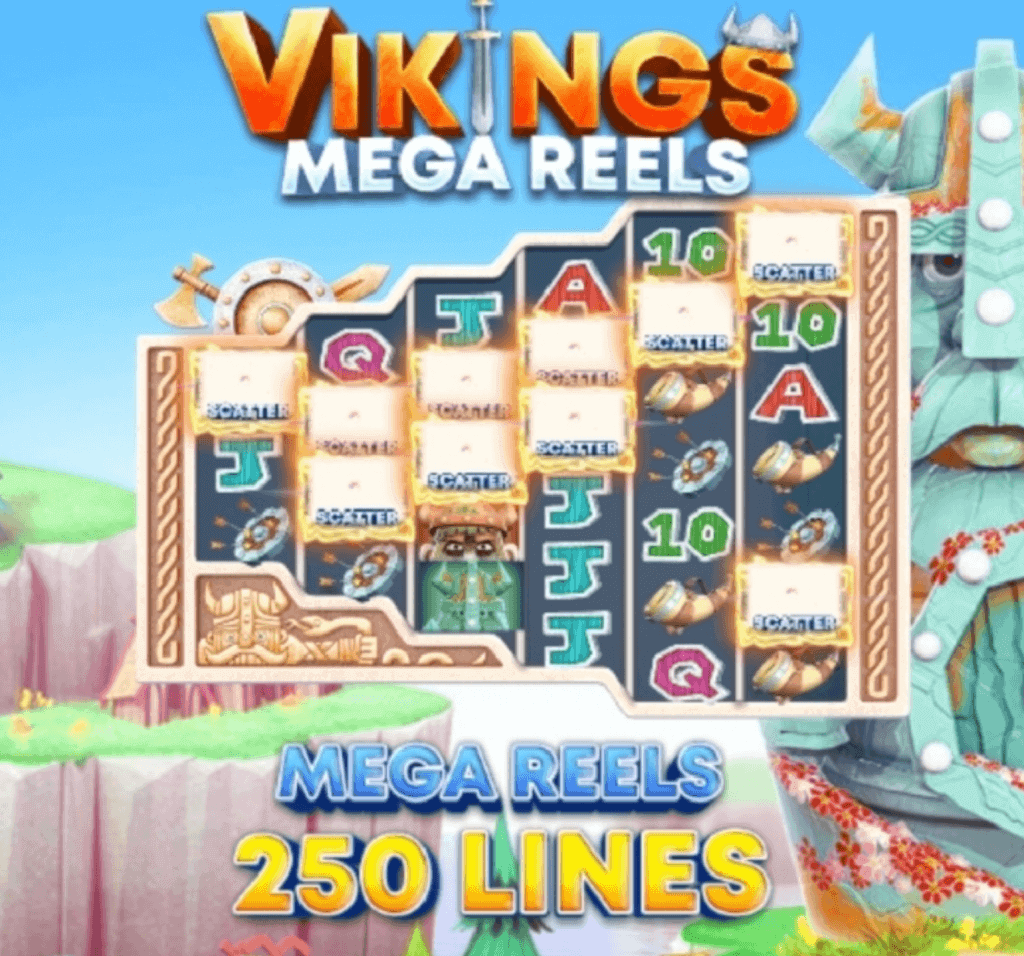 Now, a slot just wouldn’t be complete without a Wild symbol to help you get more wins. So naturally, Vikings Mega Reels slot has a symbol shown as a Viking helmet that will substitute for all other symbols in a winning combination apart from the Scatter symbol (nothing new here). It doesn’t actually provide any value on its own which is a bit of a shame, it’s always nice when the Wild symbol turns out to be the most valuable symbol in the game but nevermind. Furthermore, it appears only on reels 2, 3, 4, 5 and 6.

Viking’s Wrath Free Spins Bonus. This is a fairly standard Free Spins Bonus that is triggered with the Scatter symbol, 10 of them in fact. That might sound like a lot compared to most slots which usually only require 3 and might give you better features if you land more, but remember there are a lot more positions on this slot and in our experience it was triggered at roughly the same rate as a typical slot. 10 Scatter symbols will give you 10 free spins; landing more unfortunately doesn’t give you anything else. What’s interesting here is that during the Bonus, the reels will flip so that you have a 7-7-6-5-4-3 layout. What’s the point in this you ask? Well, there are more Wild symbols available in this set-up so hopefully you’ll get some more wins. You can also retrigger the Bonus by landing 10 more Scatter symbols. 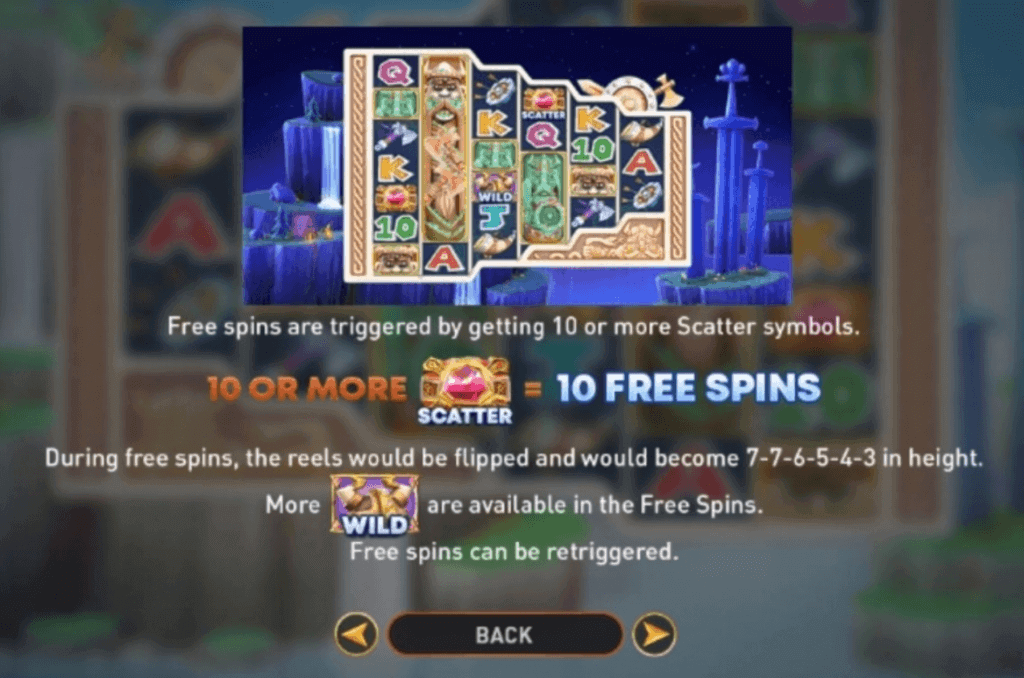 Vikings Mega Reels slot from Gameplay is a game that certainly looks interesting with its unique reel setup that even flips around during a Bonus, but does it offer anything especially rewarding? The answer to that is no, not really. There’s really only one Bonus in this game and that’s the Viking’s Wrath Free Spins Bonus which only gives you 10 free spins and adds some extra Wilds. I wouldn’t say the extra amount is that significant and I would much rather some multipliers instead. The number of ways to win isn’t bad and makes the game more appealing but I’d rather play a game with 20 paylines on a 5×3 setup if it had some better bonuses. All in all, not the best game we’ve ever seen and I find it quite hard to recommend, but if you’ve played it already and have a different opinion please let us know in the comments below.