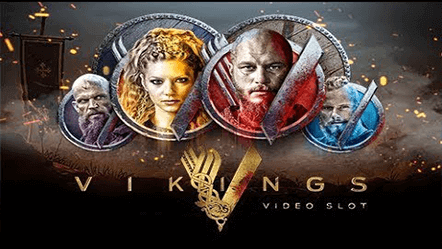 Vikings slot is a new game from Netent which an exciting theme based on the popular TV show from Amazon, Vikings. For those of you who haven’t seen it, you can probably guess what it’s about and you should also know it’s especially graphics at times making it more much realistic as to how things happened those days. As you’d imagine, Netent have obviously made this game much more tame so everyone can enjoy it and I think it’s pretty good looking overall. There’s a nice little intro at the beginning and a spooky backdrop, with the reels clearly laid out at the front. All you need to do is spin the reels to try and get a winning combination from left to right using the base symbol to achieve either a cash reward or trigger a bonus which I’ll discuss shortly. The base symbols are as follows, ranked in ascending order based on their value:

Scatter Pays. Working in combination with the Hotspot Feature, if a fully stacked Viking symbol lands completely in the Hotspot Scatter pays are activated. Once the characters have all transformed as described earlier, all the wins will be evaluated as per the table shown in the rules section of the game.

Shield Wall Feature. Appearing as a cluster of mystery symbols during both the base game and the Raid Spins, this feature can trigger randomly on any part of the screen, and all wins will be evaluated following this.

Raid Spins Symbol. As you might expect, the above symbols aren’t the only symbols in the game. Vikings slot also has a Raid Spins symbol shown as a shield. When 3 of these appear on reels 3, 4 and 5 at the same time during the base game you’ll activate Raid Spins. This is an exciting feature that will transform the screen to hold a reel and 5 row playing area with a phenomenal 78,125 ways to win. You’ll be given 7 spins to use with this feature, with hotspots appearing on reels 3, 4 and 5. If a fully stacked Viking symbol lands completely in one or more of the Hotspots, all other Viking symbols in the play area around the Hotspots will transform into the symbol that landed in the Hotspot in the first place. 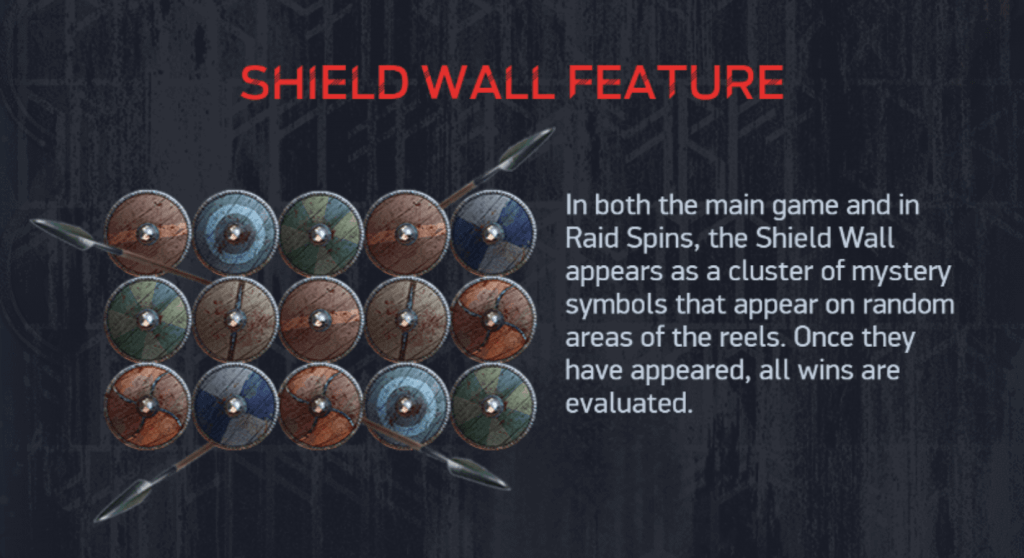 Vikings slot from Netent is an exciting new game based on the hit Amazon TV Series Vikings. We often see new games come out from manufacturers that are based on popular movies or TV shows and I think Vikings is a great choice. In terms of the looks, it’s pretty impressive but also relatively simple, but I do appreciate the intro at the beginning. The gameplay is quite unique in terms of how you’ll win most of your money. The Hotspot feature is something we’ve seen before like with Red Hot Chilli Steppa slot, but here it adds other identical symbols for some extra wins, while also triggering Scatter Pays, something I haven’t seen before. The Raid Free Spins are also exciting and offer an enormous amount of ways to win with a much bigger set of reels, so you could see some nice payouts there too. All in all, I like the concept a lot but I just didn’t find it to be very rewarding which is a shame. If you try it out and have more success, let us know in the comments down below.